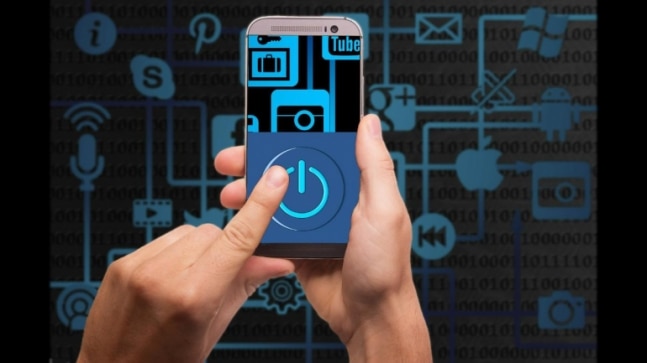 Rise, Roar, Revolt within the Republic of Social Media | VIEW

Social media is empowering the masses. You can publish whatever you want. Or can you? And who decides what stays on social media and what doesn’t?

Companies such as Twitter and Meta (Facebook) are now required to acknowledge the government’s requests for taking down unlawful, misleading and violent content within 24 hours. They are also required to deliver a complete redressal within 15 days.

The amendment to the IT rules came in the backdrop of charges and counter-charges that Twitter and Facebook platforms are biased for and against contents loaded with certain ideological biases.

Voices from the Left accused them of not reining in Right-wing propaganda and abuses. The Right alleged that the social media platforms pander to the Left’s falsehood and cursing of Indian traditions and religious beliefs.

Content publishers, social media companies and government agencies have often engaged in legal battles. One such case was heard by the Delhi High Court on Monday an allegedly blasphemous content about Hindu deities.

Another case is coming up in the Delhi High Court later this week petitioner, Wokeflix, alleges that the social media companies selectively target pro-Hindu handles and IDs while taking no action against Hindu-phobic publishers.

The counsel appearing for Twitter told the Delhi High Court that the company took down content or blocks a user only on the direction of the court. The high court bench asked, “Why then have you blocked Mr Trump?”

Twitter shut Trump out of the platform in 2021 during the Capitol Hill riots citing “the risk of further incitement of violence”.

The Delhi High Court raised the question of ethnic, religious and regional sensitivity and bias saying, “It is ultimately boiling down to this: if you feel sensitive you will block and you do not feel sensitive about the other ethnicities or people of other regions. If the same kind of thing was done against other religions, you would have been more serious.”

This particular case comes up for the next hearing in September.

This case relates to the suspension of handles belonging to the political satire group, Wokeflix, from Instagram, owned by Meta (Facebook’s company) and Twitter. This story began in October last year.

According to the petition filed by Megha Choubey in the Delhi High Court, Instagram temporarily removed a post by Wokeflix on the platform saying it violated its guidelines.

Three months later, on March 1 this year, Twitter suspended Wokeflix’s handle “without affording any opportunity of hearing to the petition in any way”, the petition filed in the high court said.

Hearing this petition in early March, the Delhi High Court bench of Justice V Kameswar Rao issued notice to Twitter over suspension of Wokeflix’s handle and to Meta over temporary suspension of its Instagram handle.

Wokeflix has challenged the punitive actions taken by social media platforms against its handles invoking the right to freedom of speech and expression as petitioner and also those of the general public to have access to divergent views on different topics and issues.

Incidentally, Wokeflix also cited the case of Donald Trump in support of its contention. The petition said, “the fact remains that the inciting video was being circulated by various accounts misquoting and misinterpreting him [Trump].”

It contended that “in the absence of proper check and balance these social media platforms can lead to similar situations in country like India as well where a number of hate speech goes unreported”.

“The social media platforms are not capable of making the correct judgments with respect to posts that might incite violence or go against the rules of the nation they are being circulated at. Hence, they should not be allowed to adjudicate judgments on blocking, removing or deleting accounts of users without being heard by experts.”

When Twitter suspended the handle of Wokeflix, it triggered a debate on social media between “Hinduphobic” and “Islamophobic” sides. Bharatiya Janata Party (BJP) leader Kapil Mishra and filmmaker Vivek Agnihotri (of The Kashmir Files fame) condemned the suspension of the Wokeflix handle by Twitter. Some other Twitter users favored the punitive action alleging that Wokeflix was engaged in Islamophobia on social media.

The allegation of bias against social media platforms is not new, and at times triggered by the companies owning these mediums. In October 2021, Twitter released a study of its algorithm based on analyzes of contents posted by users from seven countries (India not included).

“Consistent with this overall trend, our second set of findings studying the US media landscape revealed that algorithmic amplification favors right-leaning news sources,” said the study.

“Companies like Facebook are aware of this and are profiting from it,” Sonia Gandhi said, while demanding action from the government to ensure that social media giants did not “hack” the electoral process and the Indian democracy.

Court cases including those related to Wokeflix and AtheistRepublic may force another amendment to the Information Technology Rules notified in 2021 for better regulation of social media platforms in India.