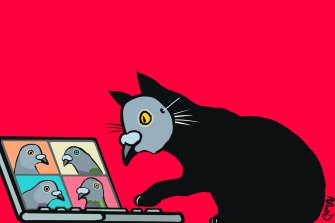 The curious idea that Ebay, Apple, Facebook, Twitter, Google, and Verizon will agree to real commercial restrictions that will make more than a temporary scratch on their business is hilarious. They have become a law in their own right, effectively telling the state to leave them alone and let them run their own pavement. The EU has just become aware of this nonsense and has given up self-regulation and instead introduced a regulatory model. As always, we are years behind global best practice.

When our government was recently forced to do so, it agreed to contain the excesses of the digital giants. The concentrated muscle strength of the “old” media companies (newspapers, television and radio) was relaxed and used with sufficient force to force the introduction of a News Media Bargaining Code. It tries to offset the new entrants’ digital advantage and force them to compensate news companies for duplicating their content. The Murdoch Empire foresaw a massive attack if they weren’t subsidized, so they got (most of) what they wanted. Similarly, the threat to banks and financial institutions from in-app marketplaces is forcing changes in this sector as powerful actors insist that the disruptors be contained.

People who abuse themselves online can be profitable, but it creates social chaos.Credit:Illustration: Matt Davidson

But well-heeled lobbyists and ex-politicians are not on anyone’s payroll to urge the government to deal with online racism, trolling, or the mental health crisis of young people. Non-financial trauma does not raise eyebrows in the corridors of power.

The self-regulation of social media and the digital market does not work. Self-regulation after deregulation never works – foxes and chicken coops and such. Experience the catastrophic deregulation of care for the elderly, financial services, building standards, the energy market, banking, the casualization and deregulation of work and the resulting boom in the predatory gig economy – all under the guise of reducing bureaucracy, which makes the economy more efficient.

We need to end online anonymity. Proof of identity can easily be introduced. It would stop the greatest trick of the digital age.

Jon Faine is a regular columnist.