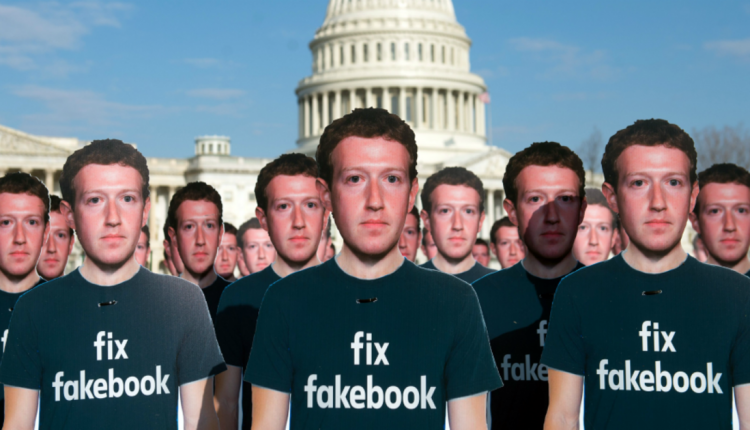 Press freedom and antitrust advocates on Friday derided both Facebook and corporate media beneficiaries of the tech titan’s multimillion dollar spending spree following reporting that the company is rethinking its investments amid increasing regulatory pressures and a shift away from news partnerships.

“For years, Facebook has sucked advertising dollars away from newspapers and news magazines.”

“For years, Facebook has sucked advertising dollars away from newspapers and news magazines,” Barry Lynn, executive director at the anti-monopoly watchdog group Open Markets, said in a statement.

“At the very moment the US government began to seek solutions to this problem, Facebook cut murky, multimillion-dollars deal with America’s most influential newspapers, apparently as part of an effort to halt regulation and continue to siphon off advertising dollars unhindered,” he added.

According to “people familiar with the matter” interviewed by the Journal, it is not clear whether Facebook will continue its deals with media corporations as Meta, the social platform’s parent company, shifts its investments from news to “products that attract creators” and the metaverse.

The Journal also cites Meta CEO Mark Zuckerberg’s disappointment at “regulatory efforts around the world looking to force platforms like Facebook and Alphabet Inc.’s Google to pay publishers for any news content available on their platforms.”

Facebook was so incensed by a 2021 Australian law compelling large online platforms to pay publishers for linking to local news stories that it temporarily imposed a blackout on Australian news outlets, a move condemned by groups including Access Now and Amnesty International.

Lynn said that “it’s not entirely surprising, then, to learn Facebook wants to nix these payments, which clearly haven’t delivered the protection from regulation that Facebook expected.”

It is surprising that the public is only now learning the details of Facebook’s payoffs to America’s biggest newspapers, three years after the fact. Facebook should absolutely pay for the news it shares on its platform. But the American people also need complete transparency about any and all agreements between the publishers who report the news and the tech giants we expect them to cover honestly and critically.

Open Markets Institute calls on news publishers to immediately disclose the amounts and terms of all their deals with Big Tech, including any renewed deals with Facebook and existing deals with Google. We can’t allow our free press to be captured by tech monopolies. They already hold far too much power and pose dire threats to our democracy.

Open Markets also called on the Times, Post, and Journal to “work constructively with Congress to ensure that the Journalism Competition and Preservation Act establishes a foundation for a truly fair marketplace designed to ensure robust advertising support for every newspaper in the United States, not only the few dominant players.”

Google and Facebook have also come under fire for throttling traffic to progressive and other independent news sites, many of which are fighting to survive amid incessant corporate consolidation.

“This is a classic example of the rich get richer,” Jody Brannon, director of the Center for Journalism & Liberty, a program of the Open Markets Institute, said in a statement. “Facebook collects most digital ad dollars from the reporting done by local journalists, so why can’t smaller newsrooms reap even fractions of those millions to better cover their communities?”

The Journal report comes as the digital rights group Fight For the Future kicks off an “Antitrust Summer” campaign aimed at boosting federal legislation to crack down on Big Tech monopolies.

The Jan. 6 committee investigation wants to trace the cash