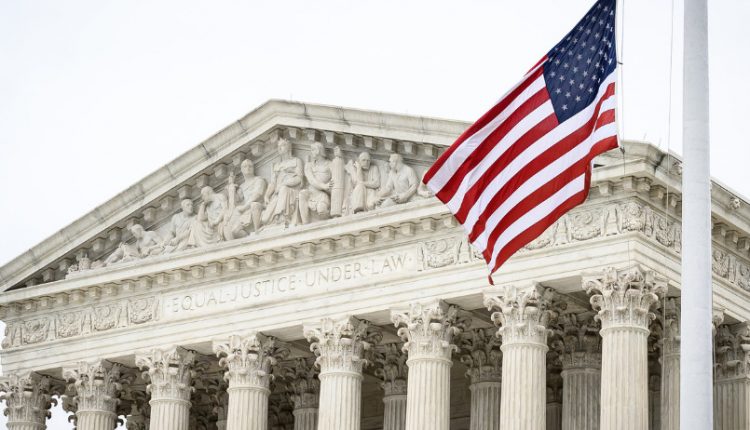 “Nearly a century ago, Supreme Court Justice Louis Brandeis wrote, ‘We must make our choice. We may have democracy, or we may have wealth concentrated in the hands of a few, but we cannot have both.’ Those words speak to us with great urgency today.” — From a July 20 advertisement in The Washington Post from the leaders of progressive philanthropic groups calling for additional government restrictions on technology companies.

In the 106 years of antitrust law since Brandeis’s appointment to the court, one thing that’s become clear about enduring monopolies is they only exist when they are created, promoted or protected by the government itself. In fact, most of the threats to opportunity and economic mobility today come from too much regulation, not too little.

Despite more than a century of evidence contradicting the claims of Brandeis and his fellow progressives, the push for aggressive antitrust regulation is all the rage in many of our nation’s most important institutions. Academics have long had an abstract affection for bigger government, so their enthusiasm for more regulation is no surprise. But lately, many politicians on both the left and right have taken up the ‘big is bad’ banner with their support of legislation expanding the scope of antitrust law.

Now, some wealthy individuals and organizations in the private sector, many with fortunes created by the big businesses targeted by the progressives of a century ago, are throwing tacks over their shoulders for the next generation of innovators. Philanthropies calling for increased antitrust action against today’s most successful businesses are aiming for magnanimous gravitas but are in fact just pulling up the ladder to prosperity behind them.

Whatever the motives – whether they be good intentions, self-interest or guilt – the empirical evidence is clear: Capitalism has done more to lift people out of poverty and suffering than any system ever tried. Government regulation, including antitrust law, cannot claim anything like the same level of success.

The antitrust cases of the past today’s progressive invoke in support of their call for a new crackdown fail to support their claims. The case that started it all, Standard Oil Co. of New Jersey v. the United States resulted in the breakup of a company that was losing market share, competing against 150 other companies and had been reducing prices for its customers for decades. Another famous antitrust case, US v. AT&T, is an example of mistaking government action for the solution instead of the problem. The ruling broke up a government-created and maintained monopoly. The flurry of innovation after its dismantling resulted from the opening of the telecommunications market, not from the intervention of antitrust regulation.

Until courts fundamentally reformed the body of antitrust law in the late 1970s and early 1980s by adopting the consumer welfare standard as its lodestar, American antitrust policy was an indecipherable, contradictory, garbled mess that hurt consumers at least as often as it helped them. In 1966, Justice Potter Stewart wrote in a dissenting opinion that the only consistency he could find in antitrust law was “the government always wins.” That uncertain environment is no place to run a business, yet it’s exactly what many are working to resurrect with expanded antitrust regulations.

Today’s most prized target on the left and the right is ‘Big Tech.’ Antitrust enthusiasts claim the nation’s biggest tech firms are stirring innovation and hurting small businesses and consumers.

Nothing could be further from the truth.

The recent ad by some of America’s largest, left-leaning foundations charged that, “Amazon, Apple, Google and Facebook control access to the key areas of online commerce and economic activity.” But large digital platforms enable millions of small businesses to reach customers across the country and around the globe. Amazon and Facebook’s marketplaces and Google’s ‘Near Me’ search results provide start-ups, and entrepreneurs with a trusted intermediary, efficient advertising and technical know-how. Independent app developers immediately benefit from Apple’s reputation for privacy and security when they meet the company’s quality standards to sell in their App Store. Big tech and little tech have a symbiotic relationship.

Consumers benefit from those relationships, and competition is thriving in the tech sector. A flurry of new social media apps are pushing established market leaders to continue to innovate. Meta is betting billions on virtual reality being the next online reality. A previously unknown company called Zoom took over video conferencing when Americans were working and learning from home. Amazon is motivating traditional big box stores, like Target, to up their online game. All of this is to consumers’ benefit; no bureaucratic meddling needed.

The biggest costs of antitrust regulation are the market solutions it prevents. Empowering the Federal Trade Commission to be a regime of total discretion, with the authority to break up productive companies and discourage experiments with novel business arrangements is a poor solution in search of a problem. Concerns about political speech bias against conservatives will not be addressed by the economic regulation of antitrust action either; to conflate the issues is to suffer all the costs and reap none of the benefits.

It’s particularly obtuse that calls to demote consumer’s welfare come from some of the wealthiest and most elite foundations in the country – and at a time of economic hardship for so many working Americans. Individuals and organizations charged with the mission and blessed with the means to do good in the world should promote the prerequisites for capitalism: the rule of law, property rights and voluntary exchange. It’s this economic freedom, coupled with the political framework of the US Constitution, that has led to America’s unparalleled success and the greatest portion of happiness for its people.

Jessica Melugin is the director of the Center for Technology and Innovation at the Competitive Enterprise Institute, a free market public policy organization in Washington, DC