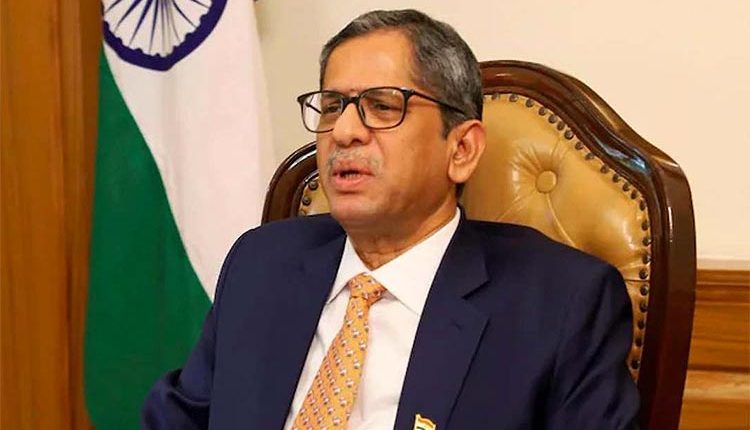 Problem of media regulation in democracy

While speaking at an event at Ranchi, he told the media: “By overstepping and breaching your responsibility, you are taking our democracy two steps backward.”

The focus of Justice Ramana’s speech was on factors that affected the justice delivery system. He said the judiciary needed to be strengthened and judges needed to be empowered to ensure a vibrant democracy. In this context, he referred to the increasing physical attacks on serving judges and the lack of security for them after retirement.

Justice Ramana’s criticism of the media was directed mainly against the visual media and the social media. He said that sometimes there were concerted campaigns against judges, particularly in the social media.

He said print media still had a certain degree of accountability but electronic media had zero accountability. Since transgressions were frequent, there was a growing demand for stricter media regulations and accountability.

He said it was best for the media “to self-regulate and measure its words. Should not overstep and invite interference from the government or the courts.

In an oblique reference to the courts’ power to intervene, he asked the media not to mistake judges’ reluctance to act as a sign of weakness or helplessness.

It is necessary to take the historical background into account while assessing the performance of different segments of the media.

The print media, the only one in which Justice Ramana sees a measure of accountability, has a history of more than three and a half centuries. Even in India it has been around for two and a half centuries. The widely recognized principles of journalism emerged from the working of newspapers during this long period.

Also, print is the only media segment in India which has a regulatory body established by law. That body, known as the Press Council, has media professionals as members, and is chaired by a retired superior court judge.

Private television channels have been around for less than 30 years. Nearly 400 news channels are telecasting in English and various Indian languages.

Some channel personnel carried the journalistic principles of the print era into the electronic sector with them. Others, exploring the possibilities opened up by new technology with the enthusiasm of a child who has got a new toy, came up with programs that generated more heat and noise than light and sense.

Some years ago, the channels formed two different self-regulatory bodies to forestall the setting up of a Media Council by the government. They constitute the only segment which is under self-regulation.

The real problem of the electronic sector is lack of professionalism. Self-regulation can succeed only when the professional base is sound.

Social media stands on a different footing. It is an unregulated free and open platform which makes no distinction between the informed and the uninformed. Motivated use of the forum by organized groups enhances its potential for mischief.

Since those operating in social media are not media professionals, it may be advisable to devise a different kind of regulatory mechanism for this segment. While it can benefit from the presence of media professionals, there should be greater representation for other sections of society.

Unfortunately, governments are not keen to create appropriate forums to regulate the media. They tend to view media transgressions as a matter to be dealt with by their investigative agencies rather than credible regulatory bodies.

Zuckerberg’s Largest Wager May Not Pay Off