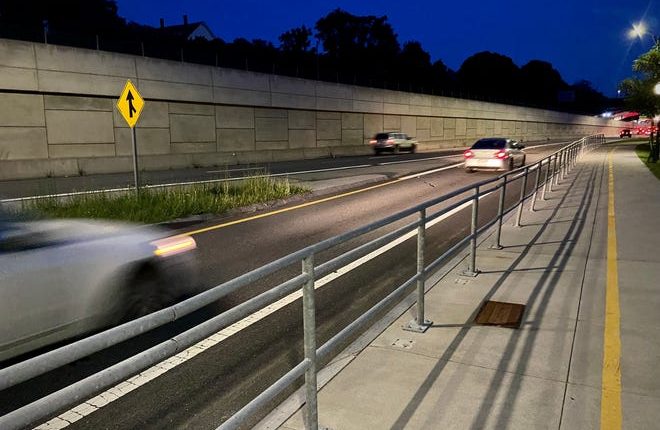 FALL RIVER – In case you missed it, here are the top stories from The Herald News from last week, according to our readers.

With the news that Tropical Storm Henri was turning into Hurricane Henri and was approaching us, it was easy to forget everything that had happened in the past week. But the south coast residents made sure they prepared for the worst.

So here’s your chance to hear the most popular stories on heraldnews.com this week.

Changing waterfront on the Fall River

There are some exciting changes coming up for the Fall River. The remodeling of Route 79 / Davol Street will begin soon and will transform the waterfront as we know it. Years ago we said goodbye to spaghetti ramps, now let’s say hello to a leaner “urban boulevard” when MassDOT redesigns the mile-long corridor from the Veterans Memorial Bridge to the Cove Restaurant. The project, which should be completed by 2025 at the latest, is intended to stimulate economic development along the Taunton River and connect the surrounding districts to the river bank. Good news for cyclists and hikers: The project also includes a “comprehensive network” of sidewalks and cycle paths, new traffic lights and fewer lanes are also intended to increase safety in the area. At an information event last week, residents were given some details of the $ 100 million redesign. See what else the project has in store and what the conversion could mean for your commute.

An official elected by Swansea is charged with intimidation of witnesses and property destruction for allegedly destroying the campaign badges of two political rivals hours after winning a campaign last April. Planning council member Jonathan Carreiro is accused of running over signs for then candidates Melissa Afonso and James Pelletier on election night, which were displayed in the front yard of the neighboring house. The incident was captured by the neighbor’s surveillance camera. “I am glad that it is moving forward and that there will be a record of his actions as a civil servant who must be held accountable for his behavior,” Afonso said after the case officer found a probable cause in the case against the bailiff Carreiro. Read about Carreiro’s case and how a convicted former Fall River mayor allegedly tried to intervene.

A touch of Brazil

Say hello to one of the newest additions to the city’s food scene – Free Boi, a full-service Brazilian-style meat and grocery market that opened just over a month ago on President Avenue. The owner is the 30-year-old entrepreneur Jefferson Oliveira Silva, who left Brazil for the United States five years ago. Silva said he was confident to open his store in Fall River at the insistence of friends, who said the city’s growing Brazilian population can take advantage of a full-time Brazilian market. There you will find everything from Brazilian-style cornmeal, rice, large jars with palm hearts, and lots of sweets and treats like fried Pastel de Queijo cheese pastries. And Massa. Don’t forget about the massa, a traditional Portuguese sweet bread popular in these areas. To gather the ingredients for a delicious Brazilian meal, you should also stop at the Free Boi butcher shop, which sells all kinds of meat that is available marinated. Read more about the new market and Silva’s path to the Fall River here.

Part of their world

A Somerset woman’s rendition of a song from “Little Mermaid” went viral and now she’s getting huge props. Since collecting more than 3 million likes on TikTok, Somerset Berkley graduate Delaney Wilson, known as a “signing babysitter,” says opportunities have opened up for her. Those occasions so far have included an audition invitation for “American Idol” (though mom is the word on whether she’ll appear on the show) and an appearance on the CBS clip show “Greatest #AtHome Videos” last week was broadcast. This great news for the future Berklee College of Music student who has known since childhood that she was aiming for a career as a professional singer. Read more about her here and watch the video that started it all.

The former Fall River Harbor Master, who resigned this summer, filed a lawsuit against city officials and a local businessman for alleging he was forced to resign from his position as well as another position he previously held with the Fall River Redevelopment Authority had to give up.

But emails and other communications between former harbormaster Bob Smith and his superiors in the weeks and days prior to his resignation – received through an open file request – suggest a different story.

Read about the whole ordeal and reaction from Mayor Paul Coogan and Police Chief Jeffery Cardoza.