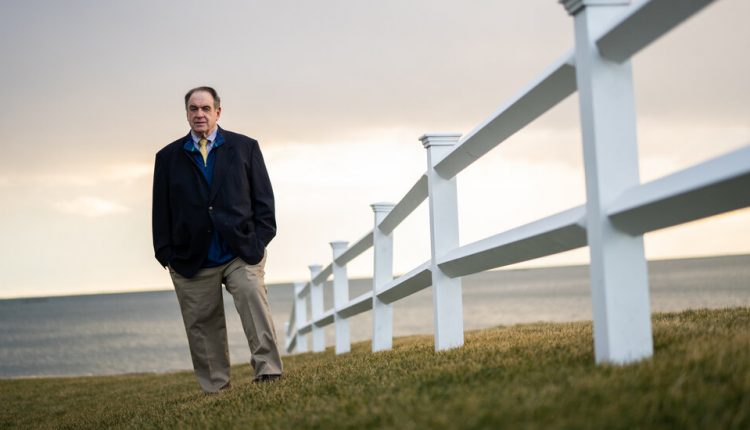 This article is part of our current DealBook special report on the trends that will shape the next decades.

The year is 2041 and Starbucks has real competition. Black Rifle Coffee Company, the conservative favorite Java brand, has opened thousands of locations across the country.

Starbucks, whose longtime CEO Howard Schultz ushered in a new wave of liberal corporate activism early in the century, still dominates the coffee scene in college towns and metropolitan areas. But Black Rifle Coffee, now publicly traded with a valuation of $ 250 billion, is thriving in the country’s suburbs and in cities big and small in the deep south and in the mountains to the west.

The partisan gap is just as large online. Facebook has essentially become a one-party site, a forum for conservatives – and occasionally conspiracy theorists – to discuss the dangers of immigration and excessive government regulation. Snapchat has become a popular social network for liberals to share videos calling for electoral reform and a tax hike for social programs.

Even clothing was completely politicized in 2041. As Americans looked for increasingly obvious ways to display their tribal affiliation, two brands that were previously in the midfield of retailers – Levi’s and Wrangler – became corporate juggernauts. At Democratic rallies across the country, the red Levi’s logo is as ubiquitous as the red Make America Great Again hats during the 2016 presidential campaign. In Republican strongholds, Wrangler jeans are just as common as Nike shoes.

This imagined future is not as far-fetched as it may seem. In recent years, big brands have become increasingly entangled in social and political debates and bosses have become spokesmen on the right and left. With little evidence that the country will become less polarized in the years to come, it may be inevitable that American companies, like voters themselves, will split into red and blue brands.

“It’s an enduring part of the corporate social context,” said Jeffrey Sonnenfeld, professor at the Yale School of Management who helped CEOs formulate their answers to hot questions. “It’s the job of CEOs to bring up issues and explain how important they are to them.”

Of course, brands have been involved in politics for decades. Pepsi and General Motors were among the companies that went out of business in apartheid-era South Africa. IBM and Apple were among the first to offer advantages to same-sex couples in the 1990s. But in most cases the corporations did their best to avoid the culture wars.

The election of Donald J. Trump in 2016 changed all that. Mr Trump’s positions on issues ranging from immigration to racial relations to climate change forced companies to make their positions clear. Companies often broke with the president under pressure from employees and customers. For example, after Mr Trump was ambiguous in his response to an outbreak of white nationalist violence in Charlottesville, Virginia, two advisory boards of prominent business leaders disbanded, many of whom opposed the president and his response.

More than four years of this dynamic eventually resulted in many senior Republicans beginning to resist big business. As corporations opposed restrictive new voting laws by Republicans across the country this year, Kentucky Senator Mitch McConnell urged board members to stay on track.

“My warning to American corporations is to stay out of politics,” he said in April. “This is not what you are made for. And don’t let the left intimidate you into advocating for causes that put you in the middle of America’s biggest political debates. “

And Stephen Miller, an adviser to Mr. Trump, said on Twitter that large corporations are “openly attacking sovereign US states and the right of their citizens to secure their own elections” in what he called “a corporate ambush against democracy.”

There are some signs that leaders are trying to break away from politics. When Texan lawmakers passed restrictive abortion law this summer, few companies on either side of the debate took the floor. Google, which stopped working on a Pentagon contract three years ago after a staff riot, is tacitly back on the defense tender. Such developments suggest that a bipartisan future may not be the inevitable outcome for American businesses.

Yet for every example of companies trying to soften their affiliation to controversial issues, there are new cases of CEOs delving deeper into political scuffle.

Last year, Goya Foods became a political lightning rod after its chairman, Robert Unanue, emerged as a vocal supporter of Mr Trump. Some Latinos boycotted the brand while Republicans rallied around it.

John Schnatter, the founder of Papa John’s International, was ousted from the pizza chain he founded after offering a racist slur on a conference call. He recently called his exit from the company he founded “a crucifixion” and blamed the “progressive elite left” for his downfall.

Kenneth I. Chenault, the former American Express CEO and one of the black business leaders who led the company’s response to a wave of restrictive voting laws this year, recently said that he was unaffected by calls for CEOs to stay out of the way of politics and that he felt it was his duty to continue speaking on subjects he believed in.

“We can have partisan differences of opinion,” he said. “What we have to do as a country are the fundamental values ​​and principles that we will stand for.”

Determining when to raise your voice and when to remain silent is one of the most difficult calculations a business executive needs today. Keep silent on a specific topic, and passionate employees and customers could accuse the company of callousness. Participate in a public debate on a partisan issue and members of the opposing party can accuse the brand of making politics.

Research shows that the public is increasingly expecting bosses to speak up. Edelman, the PR firm, regularly surveys people on the role of business in politics, and this year found that 86 percent of those surveyed expect corporate leaders to be publicly involved on important social issues.

Yet, as brands have discovered all too often in recent years, this can lead to calls for boycotts, bruises on social media, and distracted employees.

When Coca-Cola boss James Quincey got involved in the debate about a new electoral law in Georgia, no one was satisfied. Democrats who opposed the legislation accused Mr. Quincey of doing too little and too late; Republicans who supported the new law were furious if he said anything at all.

It was the kind of no-win that executives tried to avoid at all costs, and yet Mr. Quincey had no choice but to get involved. Even before he got in touch, protesters in Atlanta were urging the company to get involved and social media was rife with questions about what Coca-Cola, one of the city’s top employers, was doing.

And while many corporate boycotts fizzle out after a few cycles of news, consumers are increasingly willing to vote with their dollar. According to Edelman, almost two thirds of consumers worldwide are willing to support or avoid companies based on their positions on political or social issues.

There is always the possibility that the political waters will calm down, that the toxic partisanship that has gripped this country will ease, that Americans will find common cause in a new era of bipartisan community. Should this unlikely development materialize, companies could potentially gracefully disengage themselves from the ardent debates on the big issues of the day.

More likely is a world in which managers and the companies they run are increasingly linked to one party or the other. When Mr Trump ran for re-election, news sites frantically tracked which executives supported his campaign and which were on Joe Biden’s side. In the months since the January 6th Uprising in the U.S. Capitol, research groups have tracked companies donating to Republicans who voted against certification of Electoral College results.

Darren Walker, the chairman of the Ford Foundation and a director at several major corporations, said the shape the future of chief executive activism takes may in some ways depend on who is in charge two decades from now. Greater diversity at the highest levels of business, Walker said, would almost certainly lead companies to take more firm positions on issues that mattered to members of those communities.

“If the Fortune 500 has dozens of black people and women CEOs in 20 years,” he said, “if there are boards and committees that are different, I think it’s a resounding yes for companies to be more involved.”

Etching the Ache of Covid Into the Flesh of Survivors

Right here Are the Greatest Vacation Items, Based on TikTok Advertisements