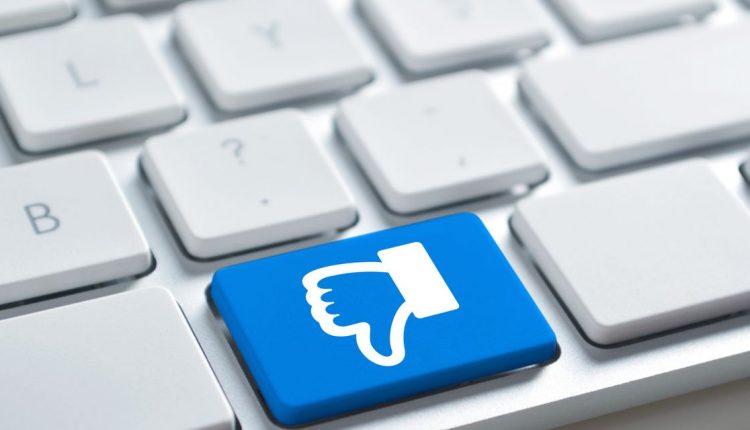 Opinion: The FTC’s antitrust case in opposition to Fb fails each authorized assessments

Last week the Federal Trade Commission (FTC) filed its amended antitrust complaint against Facebook FB, + 0.59%.
The change was necessary because a federal judge dismissed the FTC’s first complaint, stating that the agency had failed to “plausibly demonstrate that Facebook has monopoly power in the market for personal social networking (PSN) services.” The judge gave the FTC an opportunity to correct this deficiency.

Based on the amended filing, the case will likely move forward, but it will be weak.

Antitrust proceedings have two basic components. The first is the problem of determining whether a company has monopoly power, which I will call “market power” – as the term is more accurate and less derogatory. If such authority can be effectively demonstrated, the antitrust authorities must demonstrate that the authority is being misused in a way that is harmful to consumers.

In order to prove that a company has market power, the executor must first define the market at hand. In antitrust law, a “market” is a set of products that customers in a particular geographic region buy for which customers cannot find an adequate substitute. In the case of Facebook, the FTC argues that the marketplace is a set of social media features Facebook offers to connect friends and families in the United States that the FTC believes no one else adequately offers.

In rejecting the FTC’s original filing, the judge did not argue with the FTC’s chosen market definition, but rather said that the agency did not provide sufficient information to prove market power. In its amended complaint, the agency attempted to remedy this shortcoming by providing statistics on the choice of service providers by social media users and the time spent using selected services. Based on the amended complaint, the FTC is still facing an uphill battle.

Let’s start with the market definition. Facebook is a diverse market that I’ll simplify on two sides: Facebook subscribers and advertisers. The FTC only discusses the participant side. As I explained in a previous post:

“Choosing the personal social network as the market was a strategic mistake. Facebook is right that personal social networks are at best a market for inputs – namely user time and attention – that Facebook uses for advertising services. If … advertising is competitive, then of course it follows that the market for “time and attention” is also competitive or is not a market at all because there are great substitutes. “

Are there any great alternatives to Facebook? Apparently. According to Backlinko, the average American has more than seven social media accounts. And people are finding more and more social media options: globally, the number of accounts per person almost doubled between 2014 and 2020. As I wrote before:

Although the FTC cites other sources that provide different statistics, Americans seem to make use of numerous social media options and spend the majority of their ad time outside of Facebook.

But suppose Facebook has market power. Is the company misusing it to the detriment of customers? Apparently not.

The FTC argues that Facebook is buying or burying potential rivals. As I’ve shown in a previous post, empirical evidence contradicts the theory that Facebook simply bought rivals. Regarding the burial of rivals, the FTC argues that Facebook used to make its resources available to potential rivals for free, but is now restricting access. Is that unreasonable? Should we expect Berkshire Hathaway BRK.B, + 0.14% to give competing investment firms free access to its financial research? Or for Tesla TSLA + 0.31% to give away its technologies and data?

Years ago, the economist profession began to wonder when a company should allow its competitors to use its resources. The solution was for the incumbent to include lost profits in the prices it charged its competitors. This was called the “parity principle” in the railways and the “efficient component price rule” (also known as “retail minus”) in telecommunications. Facebook cannot apply this principle and at the same time grant free access to its resources. Restricting access is a reasonable alternative.

The bottom line is that the FTC has likely provided enough information to move their case forward. But if this amended complaint is representative of the FTC’s larger case against Facebook, the case itself should fail.

Mark Jamison is a non-resident Senior Fellow at the American Enterprise Institute, where he works on the impact of technology on the economy, as well as telecommunications and the Federal Communications Commission. He is also the Director and Gunter Professor of the Public Utility Research Center at Warrington College of Business at the University of Florida. He has a Ph.D. in economics from the University of Florida’s Warrington College of Business.

(Disclosure Statement: Mark Jamison advised Google in 2012 on whether to consider Google a public utility company.)

From Barrons: The White House wants to curb big tech. Here is how.

Therese Poletti: Facebook investors, do you see a pattern yet?

How you can Get the “Hyperlink” Sticker on Instagram?

How TikTok made being posh cool once more: Teenage toffs turn into social media stars