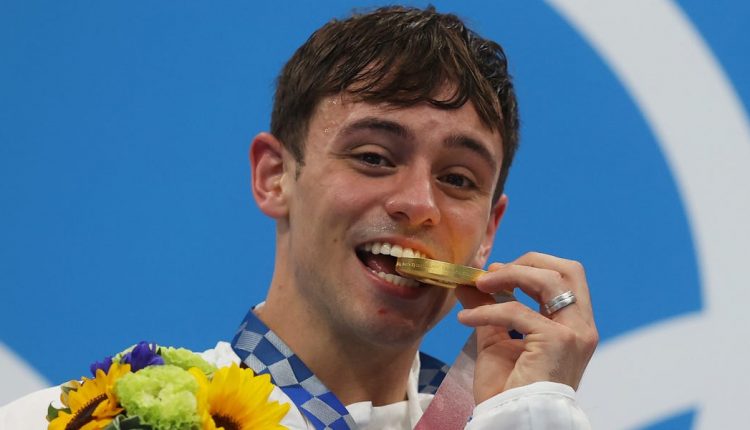 Daley, who has participated in all the Olympic Games in Beijing since 2008, finally won his first gold medal in the men’s 10-meter platform synchronous running together with diving partner Matty Lee. It was a long road to victory that included two bronze medals at the 2012 and 2016 London and Rio games, respectively.

The official Olympia account posted a video congratulating Daley on his victory and, like some of his other videos, uses a popular TikTok audio for this – “here comes the boy,” a short original song that the TikTok user heard @june_banoon posted in June and has gone viral since then.

“Welcome to the gold medal club @tomdaley,” the account captioned a video of Daley diving, accompanied by the song. The video cuts to a photo of Daley biting his gold medal from the Tokyo Games just as the singer says “Welcome”.

“Here come the boy” was originally an ode to a cat named Mashed Potatoes, according to @june_banoon’s video that caused the song to go viral. The lyrics are simple and cute.

“Here comes the boy / hello boy / welcome / there he / he is here,” @june_banoon sings as mashed potatoes come closer.

The song inspired a number of duets and reinterpretations on TikTok, with many users putting the song on videos of their pets or, in some cases, their friends. The most popular version of the song, uploaded by @felixgabrielmusic, has been used in over 291,000 videos on the site.

This isn’t the only time the Olympia account has incorporated well-known TikTok audios into its content: it has posted memes about the cardboard beds of the Olympic Village with gibberish TikTok hits and in the past has sports anime soundtracks about Olympic volleyball Clips placed.

To read more stories like this, check out Insider’s coverage of digital culture here.