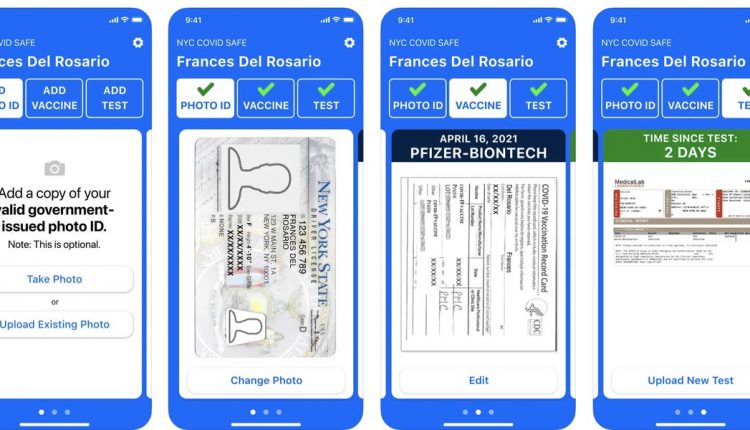 A viral TikTok appeared to show the new “NYC COVID SAFE” vaccine application from New York City, which accepted a photo of a rotten mango as proof of vaccination.

In the video posted on Friday, TikTok user Alex Wong shared a screenshot showing him using the app and randomly picked that he had received the Pfizer / BioNTech vaccine on June 2nd. Then when the application asked for a photo of his vaccination card, Wong snapped a photo of a rotten mango.

The app then asked Wong to agree that the information he submitted was correct. After he confirmed this, the app appeared to accept the photo as proof of vaccination. however, the photo of the mango will then be prominently displayed where a photo of a properly uploaded vaccination card would normally be seen.

As Gothamist previously reported, other users have reported that they achieved a similar result with the new New York City app, with the application accepting uploaded photos of items that aren’t vaccination cards – like restaurant menus.

A spokesman for New York City Mayor Bill de Blasio previously told NBC News that the app was not intended to check someone’s vaccination status, but rather to give individuals a virtual place to save a photo of their virtual vaccination card.

“The NYC COVID Safe app was designed with privacy in mind and allows someone to digitally save their CDC card and ID,” a spokesman told NBC News. “Someone checking vaccination cards at the door of a restaurant or venue would find that those samples are not real vaccination cards and act accordingly.”

The new app is part of a program announced by de Blasio in early August called Key to NYC. As part of the program, people in the city are required to provide proof of vaccination in order to participate in indoor activities such as exercising in gyms and eating in indoor restaurants.

The program begins on Monday with enforcement on September 13th, Insider reported earlier.