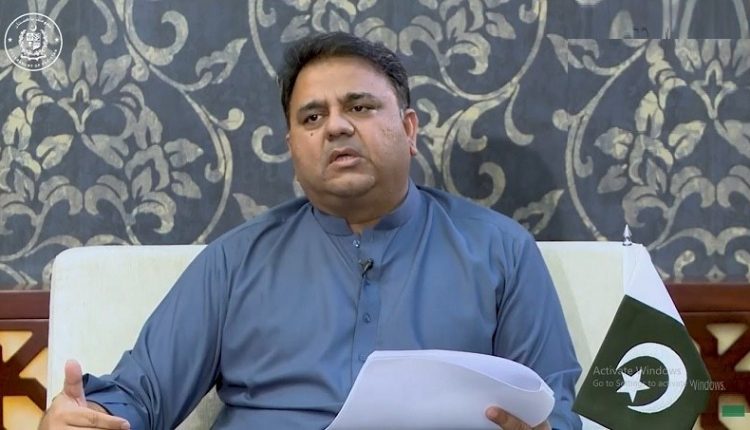 The Federal Minister for Information and Broadcasting, Fawad Chaudhry, has announced that the planned Pakistani Media Development Authority (PMDA) will be authorized to impose a fine [on TV channels] of up to 250 million rupees versus the current limit of 1 million rupees in existing laws.

In an interactive session with digital broadcasters on Monday, the minister pointed out that the Pakistani electronic media regulator (Pemra) is a wealthy organization, “but unfortunately not a dime spent on training, research and digital media by journalists.”

He reiterated that all laws would be abolished to replace them with a single agency – the PMDA.

Fawad added that the proposed law does not provide for criminal liability, but “it does have the power to impose a fine of up to 250 million rupees”.

“Currently, organizations are receiving a suspension order from the court in response to a notice and a fine from Pemra,” he regretted.

He said the censorship agency would also be disbanded and a new entity, the Board of Films Censor, would be created in its place.

The minister said a media commission had also been created, made up of four people each from the government and the media bodies, and led by a chairman. “The Commission will have the power to appoint people to the proposed Appeals Committee and the Media Court.”

He said the media tribunal could receive complaints from media workers, adding that “many owners oppose the formation of media tribunals, but the government will continue with its plan”.

Chaudhry said a new development wing has been created in the PMDA aimed at building the capacity of journalists as “continuous education” of news providers is the order of the day.

He said the judgments of a media court are final and can only be challenged in the Pakistan Supreme Court.

The Minister of Information insisted that digital media would actually shape Pakistan’s media landscape in the future. “However, that doesn’t mean the formal media will go away; the communication media will simply change. Content is here to stay,” he added.

The PMDA is a proposed regulator that, according to a government proposal, “can meet the professional and business needs of all forms of media and their users” and is intended to replace the current “broken” regulatory environment and “fragmented” media multi-agency regulation.

This means that under the proposal, the PMDA will be solely responsible for regulating print, broadcast and digital media in Pakistan.

As part of an ordinance on the establishment of the authority, all previous laws on media regulation, control or indirect control are expected to be abolished and new laws to be passed that give the PMDA and its functions legal protection.

No body other than the Supreme Court has the power to review the legality of “anything under the [PMDA] Regulation ”, it says in the proposal.

In addition to its regulatory function, the agency will set the wages of media workers and settle collective bargaining disputes.

The government’s proposal to set up the new media body has met with criticism from media organizations.

In a joint statement they criticized the law and described the move as a step towards state control over all media segments through the creation of a single, over-centralized body.

You had said that the PMDA was apparently aimed at subjugating freedom of expression and freedom of the press.

“The law is an attempt to strengthen the federal government’s control over the media from one platform, but ignores the fact that print, electronic and social media are separate entities with their own defined characteristics.”

As Temperatures Rise, So Do the Well being Dangers for California’s Farmworkers