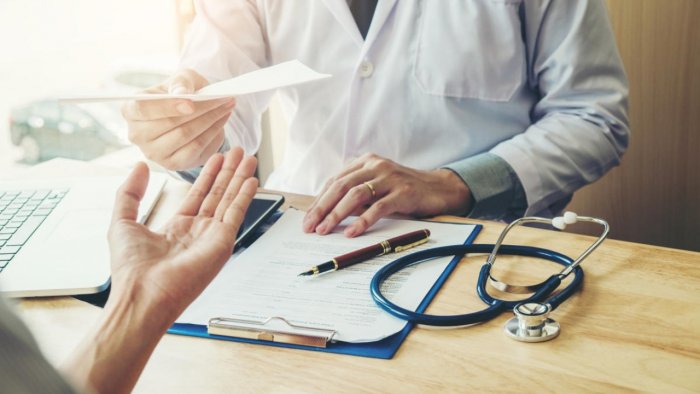 Doctors should desist from providing consultation and sharing prescriptions on social media and must not indulge in the practice of purchasing “likes” or “followers” ​​or paying money to keep their names on top of the search algorithms, the National Medical Commission has proposed.

A draft of the Registered Medical Practitioners (Professional Conduct) regulations, 2022 also suggests that doctors need to file an “affidavit” on their “financial earnings and benefits received in the past five years from any pharmaceutical companies or allied health sector,” without clearing the air on such a controversial clause.

The regulation, for instance, is silent on when a doctor would have to file such an affidavit; whether it would be a periodic exercise; which authority will check those affidavits and what actions are to be taken if doctors are found guilty. Moreover, there is no clarity on if existing laws support such an idea.

Currently, doctors follow ethical norms as per the Indian Medical Council (Professional Conduct, Etiquette, and Ethics) Regulations, 2002. Going by the 2002 regulations, receiving any financial earnings or incentives from pharmaceutical companies or any other commercial entity is prohibited.

The draft expanded into the social media domain to chart what is forbidden for doctors. “They should not directly or indirectly indulge in the practice of purchasing “likes”, “followers” ​​or pay money so that search algorithms lead to their name being listed at the top or registering on software programs (apps) that charge fees for higher ratings or soliciting patients.”

The advice from the NMC is to distinguish between telemedicine consultation and social media. While the latter is a strict no-no, telemedicine is permissible with consent and after the identity of the patient is established.

“According to this regulation, frontline health workers and Ayurvedic doctors can’t practice or dispense allopathy treatment. However, most national health programs require their service in dispensing drugs. These include anti-tuberculosis therapy and treatment for malaria,” Giridhara R Babu, an epidemiologist at the Public Health Foundation of India told DH.

“Creating highly restrictive practices without mechanisms for effective implementation defeats the purpose of regulations. The Center is focusing on integrating health services through comprehensive primary health care. The draft guidelines contradict the purpose of such a vision of integrating at the primary care level,” he added.

The doctors have been cautioned against over-prescribing and under-prescribing keeping in mind the possible drug interactions, whereas fixed-dose combinations are to be used judiciously.

The Commission released the proposed regulations on Monday seeking comments from the public within the next 30 days.

‘Nearly Like Malpractice’: To Shed Bias, Docs Get Schooled to Look Past Weight problems