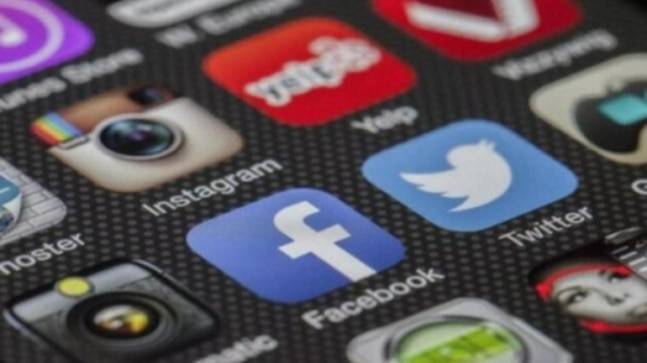 Enough is enough! That’s the government standing on the way Tech Companies have been functioning in the country.

Hiding behind rules, not complying with laws, taking Indian consumers for a ride are some of sticking points between Government of India and Big Technology Companies.

When Union Minister of Electronics and Information Technology, Ashwini Vaishnaw withdrew the Personal Data Protection (PDP) Bill, 2019 in Parliament there were murmurs galore about future of India’s data.

The government, however, believes the bill had to be withdrawn as it had many loopholes that needed to be worked upon.

Government sources told India Today that internet has to be open, safe and social media platforms need to be trustworthy and accountable.

And while the government has withdrawn this bill, work has already begun on a draft for a new bill.

The government believes social media companies have been flouting Article 14 (Right to Equality), Article 19 (Freedom of Speech and Expression) and Article 21 (The Right to Protection of Life and personal liberty) of the Indian Constitution.

While the companies sought protection under the intermediary laws, they did not abide by government’s requests of taking down/blocking tweets/content.

One of the major contentions between the government and social media giants has been regarding taking down of content. This is the area that the government is now looking at strengthening.

Under the new law, stringent provisions will be put in place which will make it mandatory for platforms to take action on government requests.

While platforms do take action, it is not as swiftly as the government wants, also being an intermediary gives them certain advantages.

Under the intermediary rule, companies are not liable for the content that users post on the platform, the rule safeguards them against any action.

The Government feels that the intermediary rule is being used a shield by the companies and they hide behind it and don’t take required action as sought by the government.

Content put out by certain is not scrutinized by the platform even after government/government agencies put it out.

Sources say the new law will make it easier for government to stop misinformation from spreading, MeitY and Telecom Ministry will begin consultations soon on the issue of bringing players like WhatsApp, Telegram, Signal etc. under their purview.

Section 69 in The Information Technology Act, 2000 gives power to issue directions for interception or monitoring or decryption of any information through any computer resource, this needs to be strengthened with floating of these norms leading to penalty.

The new rule will give a level playing field to small Indian start-ups and content creators vis-a-vis the giants who are dominating the space at the moment.

Consumers too will be given the right to take action if they feel content by some user is harming them.

Government sources say at the moment, companies turn around and say they don’t monitor the content being put out on their platforms, but they need to be made accountable for content, which at times turns out to be anti-social or motivated.

Citizens too will be given power to ask companies to take down/block content swiftly. The process at the moment is tiresome and lengthy, sources say.

When requests of taking down content is made, platforms cite end-to-end encryption as a reason for their inability to take down certain posts.

NEW BILL LIKELY TO BE TABLED IN NEXT PARLIAMENT SESSION, LAW BY EARLY 2023

Like the old bill, the new bill will also have “data localisation” (the practice of keeping data within the region it originated from) as a critical aspect.

This aspect is crucial as once the data is stored in India it will give control to the flow of Indian users’ data outside of Indian borders and provides control to the Indian government to seek information from companies.

Emphasis is being paid on restricted usage of critical data by non-Indian firms. Government sources say a new Bill will be tabled in the next session and the Bill will have a better legal framework and be made into law by early 2023.

To prepare the framework for the new bill, MeitY is also working on holding fresh consultations with all stakeholders, including social media companies, data activists, etc.

Srinivas Kodali, a researcher and a hacktivist at the Free Software Movement of India, shared his views with India Today. He said the delay will result in an unnecessary vacuum for many of the laws already taking shape, like the criminal procedure identification act used for police surveillance and digital policing. “The Data Protection Bill will come as a market’s regulatory bill looking at a model like the digital markets act of the EU. But the EU has the GDPR as well, but India is trying to combine both into one single ambit. The regulation of news and digital media is also to be included in this.”

“More than being a data protection and privacy law, it will be a privacy plus media regulation plus non-personal data act covering all technologies,” he added. Srinivas felt that this is a balancing act to bring the economy and privacy into the same fold and that it may not work out in the long run, given there are many exceptions given to government agencies and it will push the need for a new privacy and surveillance law. “I would call it data capitalism.”

Kathiravan Manoharan, a data privacy expert and a thought leader crafting government and non-governmental projects concerning data privacy and usage across APAC, spoke extensively to India Today on this subject.

He said, “Data is also treated like currency in the digital world. Organizations that own data and process the personal information of individuals have greater responsibility to use it ethically. While large organizations will think ethically about using the data in their custody, it is important for governments to regulate and provide guidelines. Without guidelines, there is a risk of misuse of personal information, even unintentionally.”

From Singapore to Europe, data watchdogs have been tightening the noose on Facebook over data usage and flouting of norms.

Government is looking at what other countries have done too, regulations like GDPR and PDPA have empowered the data subjects of the respective countries.

GDPR, General Data Protection Regulation, the data watchdog in Europe came into effect on May 25, 2018 & bolstered the privacy rights of 740 million Europeans.

So Read: | WhatsApp finally letting users react to messages with any emoji

So Read: | Chromecast with Google TV launched in India, priced at Rs 6,399