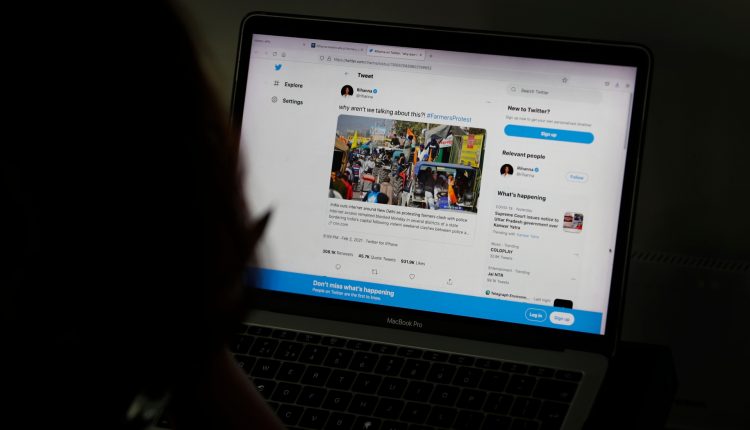 The Indian government has announced changes to its information technology rules that will apply to social media companies, a move likely to be seen as reining in big tech firms.

The Internet Freedom Foundation, a nonprofit that advocates for digital rights, called the proposed panel “essentially a government censorship body for social media that will make bureaucrats arbiters of our online free speech”.

One of the concerns raised by the foundation is that the existence of the panel “will incentivise platforms to remove/suppress/label any speech unpalatable to the government, or those exerting political pressure”.

The foundation also expressed concern that the government will also be in a position to force social media platforms to display content that the platforms have found to violate their norms.

“Opaque and arbitrary methods of choosing appeals for their review, the lack of trust in an all executive body, the ability of the government to influence content moderation decisions in a non-transparent manner” are just some of the other concerns the foundation flagged about the amended rules.

Prime Minister Narendra Modi’s government has had strained relations with many big tech companies, and New Delhi has been tightening regulation of firms such as Facebook, YouTube and Twitter.

Tensions over social media content decisions has been a particularly thorny issue in India with companies often receiving takedown requests from the government or removing content proactively.

Social media firms are already required to have an in-house grievance redress officer and to designate executives to coordinate with law enforcement officials.

Under the amended rules, the companies would be required to acknowledge complaints from users within 24 hours and resolve them within 15 days or 72 hours in case of an information takedown request.

In June, the government had issued draft changes to the IT law that would require companies to “respect the rights accorded to the citizens under the constitution of India”. It had also proposed setting up a government panel.

India’s government is concerned that users upset with decisions to have their content taken down do not have a proper system to appeal against those decisions and their only legal recourse is to go to court.

“A number of (technology) Intermediaries have acted in violation of constitutional rights of Indian citizens,” the government said in June, without naming any company or specific rights.

The government panel will consist of a chairperson and two full-time members, of which two will be independent members.