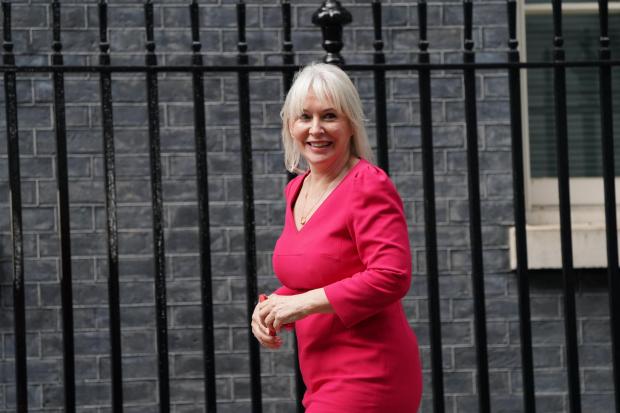 Campaigners have called for stricter legislation as the crime related to the possession, ingestion, manufacture and distribution of child abuse material has reached a five-year high in Scotland.

In the past five years, the Scottish Police Department has registered more than 3,000 child molestation image crimes.

The National Society for the Prevention of Cruelty to Children is concerned that the pandemic has created a “perfect storm” for online care and abuse, and said an online safety law needs to be strengthened to prevent the production and spread of Material about child abuse “crucially disturbs”. on social media.

The number of child sexual abuse offenses recorded by the Scottish Police Force reached 1,966 in 2020/21 – almost 25% more than the five-year average.

The force’s performance report finds that between September and March, 434 children were identified and protected by officers hunting online child molesters, with 277 people arrested.

And crime related to sexual messages to children has increased 80 percent over the past five years.

The NSPCC said social media is being used by groomers as a conveyor belt to produce and share images of child abuse on an industrial scale.

It added that the problem of getting young people to share pictures of their own abuse has become “pervasive”.

The charity has urged UK Culture Secretary Nadine Dorries (above) to seize the opportunity to strengthen the online safety law so that it can lead to “decisive action” disrupting the production and distribution of child abuse material on social media. It said children will continue to face unprecedented levels of abuse unless the bill is tightened significantly.

The draft of the online safety law is due to be examined by MPs next week – but the NSPCC, which campaigned for social media regulation, has come up with a five-point plan to strengthen it.

Her online security experts said the bill currently does not address how criminals organize on social media, does not effectively address abuse in private messages, and does not allow top managers to be held accountable for harm or voice to children to balance the power of industry.

And there has been criticism of the industry’s response to child abuse material.

A Facebook whistleblower told authorities in October that the company’s efforts to remove child abuse material from the platform were “inadequate” and “underserved”.

The allegations are contained in documents filed with the SEC two weeks ago.

In an affidavit to the US Securities and Exchange Commission (SEC), which regulates securities markets and protects investors, the unidentified person said there was no solution to illegal material on Facebook because there were insufficient “assets to deal with the problem.” were present.

The whistleblower also claimed Facebook is not fully aware of the scale of the child abuse problem because it “does not track it”.

A constant question allegedly asked by senior managers was, “What is the return on investment?”

Facebook said in a statement, “We do not tolerate this heinous child abuse and we use sophisticated technology to combat it.

“We have funded and helped the tools used by the industry to investigate this terrible crime, save children and bring justice to the victims.”

It added that it shared its anti-abuse technology with other companies.

NSPCC Executive Director Sir Peter Wanless (above) said: “The staggering number of child sexual abuse offenses is fueled by the ease with which offenders can use social media to prepare children to produce and share pictures on an industrial scale.

“The UK government recognizes the problem and has created a groundbreaking opportunity with the Online Safety Bill. We admire Nadine Dorries’ stated intention that child protection is her primary goal.

“However, we believe that legislation needs to be strengthened in clear and specific ways if it is to properly address the complex nature of online abuse and prevent children from suffering preventable harm.”

A UK government spokesman said: “Our groundbreaking new laws will be the most comprehensive in the world to protect children online.

“Social media companies need to tackle child abuse content and prevent young people from being cared for or exposed to harmful material. If they don’t act, they face heavy fines or their websites will be banned. ”

Scottish Government Minister for Children, Clare Haughey, said: “The well-being and safety of children and young people in Scotland are of paramount importance and we recognize that online child abuse is a growing problem.

“We continue to work with Police Scotland, Child Protection Committees Scotland and third sector partners to engage the public and raise awareness of the dangers of online abuse. A new national awareness campaign by the Scottish Government is planned for the New Year.

“In each of the past five years, £ 14 million of core funding has gone to the Third Sector to step up early intervention and prevention efforts to better protect children and adolescents from abuse, including sexual abuse. We also recently published revised national guidelines on child protection. ”