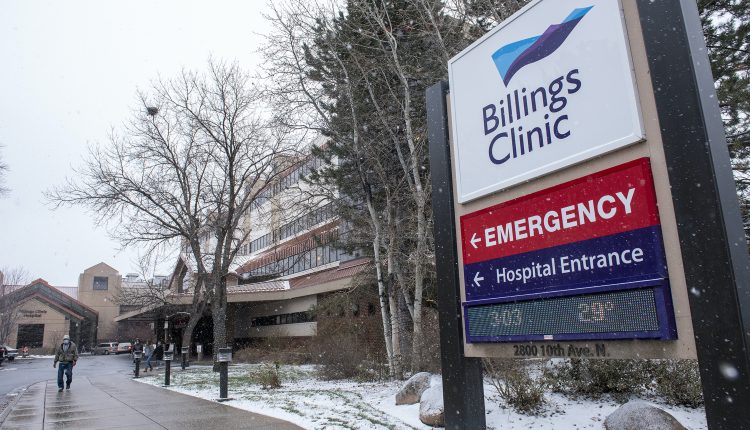 Montana health officials are proposing to oversee and set standards for the charitable contributions that nonprofit hospitals make in their communities each year to justify their access to millions of dollars in tax exemptions.

The proposal is part of a package of legislation that the state Department of Public Health and Human Services will ask lawmakers to approve when they convene in January. It comes two years after a state audit called on the department to play more of a watchdog role and nine months after a KHN investigation found some of Montana’s wealthiest hospitals lag behind state and national averages in community giving.

Montana state Sen. Bob Keenan, a Republican who has questioned whether nonprofit hospitals deserve their charity status, said the proposal is a start that could be expanded on later.

“Transparency is the name of the game here,” Keenan said.

The IRS requires nonprofit hospitals to tally what they spend to “promote health” to benefit “the community as a whole.” How hospitals count such contributions to justify their tax exemptions is opaque and varies widely. National researchers who study community benefits have called for tightening standards for what counts toward the requirement.

Montana is one of the most recent states to consider imposing new rules or increasing oversight of nonprofit hospitals amid questions about whether they pay their fair share. Dr. Vikas Saini, president of the national health care think tank Lown Institute, said that both at a state and local level, people in California are exploring whether to monitor hospital community benefits and enforce new standards. Last year, Oregon initiated a minimum amount that nonprofit hospitals must spend on community benefits. And Massachusetts updated its community benefits guidelines in recent years, pushing hospitals to give more detailed assessments of how the spending lines up with identified health needs.

Montana hospital industry officials said they want to work with the state to shape the proposed legislation, which they said the industry would support if it doesn’t conflict with federal rules. Saini said that to have an impact, any legislation would have to go beyond federal requirements.

In recent years, more people, like Keenan and Saini, have questioned whether nonprofit hospitals are contributing enough to their communities to deserve the major tax breaks they get while becoming some of the largest businesses in town.

“The hospitals are sort of the pillars of communities, but people are starting to ask these questions,” Saini said.

Saini’s institute reviews hospitals’ giving each year and has found that the majority of nonprofit systems nationwide spend less on what the institute calls “meaningful” benefits than the estimated value of their tax breaks. Actions the institute counts include patient financial aid and community investments such as food assistance, health education, or services offered at a loss, including addiction treatment.

The 2020 Montana audit found that hospitals in the state report benefits vaguely and inconsistently, making it difficult to determine whether their charity status is justified. However, state lawmakers didn’t address the issue in their 2021 biennial legislative session, and a Legislative Audit Division memorandum issued in June found the state health department had “made no meaningful progress” toward developing oversight of nonprofit hospitals’ charitable giving since then.

KHN found that Montana’s nearly 50 nonprofit hospitals directed roughly 8% of their total annual expenses, on average, toward community benefits in the tax year that ended in 2019. The national average was 10%.

In some cases, hospitals’ giving percentages have declined since then. For example, in the tax year that ended in 2019, Logan Health-Whitefish — a small hospital that’s part of the larger Flathead Valley health system — reported that less than 2% of its overall spending went toward community benefits. In its latest available documents, for the period ending in 2021, the hospital reported spending less than 1% of its expenses on community benefits while it made $15 million more than it spent.

Logan Health spokesperson Mellody Sharpton said the medical system’s overall community benefit is equal to nearly 9% of its spending, reaching across its six hospitals. It also has clinics throughout the valley. “It’s important to consider our organization’s community benefit as a whole as our facilities collaborate to ensure the appropriate care is provided at the appropriate facility to meet our patients’ health needs,” Sharpton said.

State health officials asked lawmakers to allow the agency to draft a bill that would give the health department clear authority to require hospitals to submit annual reports that include community benefit and charity care data. The measure also would allow the department to develop standards for that community benefit spending, according to the department’s description of its proposal.

Montana Hospital Association President Rich Rasmussen said his organization wants to work with the health department in honing the legislation but said the definition of what counts as benefits should remain broad so hospitals can respond to their area’s most pressing needs.

Furthermore, he said, hospitals are already working on their own reporting standards. This year, the association created a handbook for members and set a 2023 goal for hospitals to uniformly report their community benefits, Rasmussen said. The association declined to provide a copy of the handbook, saying it would be available to the public once hospitals are trained on how to use it later this fall.

The association also plans to create a website that will serve as a one-stop shop for people who want to know how hospitals are reporting community benefits and addressing local health concerns, among other things.

Republican state Rep. Jane Gillette said she supports increased health department oversight and the idea behind the association’s website but doesn’t think the hospital industry should produce that public resource alone. Gillette said she plans to introduce legislation to require hospitals to report community benefits data to a group outside the industry — such as the state — which would then post the information online.

In the past, hospitals have resisted attempts to impose new rules on community benefit spending. In an interview with KHN last year, Jason Smith, then Bozeman Health’s chief advancement officer, said the system supported efforts to improve reporting contributions “outside of new legislation,” adding that hospitals can do better work without “state oversight bodies being placed in the arena with us.”

Asked whether the health system still stands by that statement, Denise Juneau, Bozeman Health’s chief government and community affairs officer, said hospital officials hope any new legislation will align with existing federal guidelines. She said Bozeman Health will continue to work with the Montana Hospital Association to define and provide better community benefit information, with or without new legislation.

A lawmaker would have to back the state’s proposal by mid-December to keep it alive.

Few Locations Have Extra Medical Debt Than Dallas-Fort Price, however Hospitals There Are Thriving