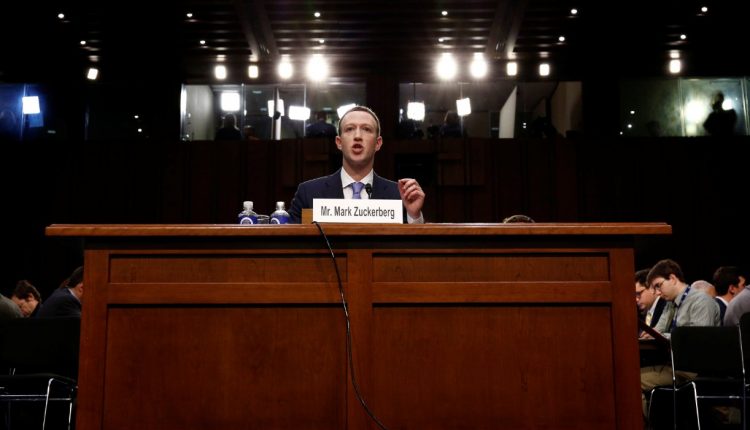 The Department of Justice (DOJ) joined the chorus of voices calling for antitrust action against “Big Tech” firms like Google, Meta, and Amazon. In a letter sent to senior members of the Senate Committee on the Judiciary, Acting Assistant Attorney General Peter S. Hyun expressed support for a House antitrust bill and its Senate companion, citing concerns about Big Tech’s threat to democracy. Yet this threat is hardly well established, and even if it were, it is unclear how antitrust enforcement would make Big Tech more conducive to democracy.

The bills would impose a range of obligations on dominant online platforms such as Amazon and Google. Under the legislation cited by the DOJ, Amazon and Google would be prohibited from “self-preferencing” their products on their own platforms unless they show that such self-preferencing is a core functionality or necessary for security and privacy. The result would be the chilling of services and products that are good for consumers. Such steps, according to the DOJ, would help mitigate the threat to democracy posed by Big Tech.

What are the threats to democracy that the DOJ outlines? According to Hyun’s letter, Big Tech risks undermining America’s economic progress and prosperity, which in turn threatens democracy. This claim is worth interrogating.

The DOJ letter paints a grim picture of the state of affairs, with a handful of powerful West Coast corporations stifle competition and increasing their market share, thereby putting the country’s economic prosperity at risk. Fortunately, the present situation is not nearly as dire as the DOJ thinks.

Many Big Tech companies dominate the public understanding of debates surrounding online commerce and speech. Google has joined the likes of Xerox, Velcro, and Taser as a brand name that has become a verb. The verb “to Facebook” has yet to enter the lexicon, but Facebook remains the most popular social media platform in the world. Google, Facebook, and many other Big Tech companies have faced criticism for buying smaller companies. Facebook’s purchases of WhatsApp and Instagram and Google’s acquisition of YouTube are perhaps the most notable examples.

Far from being evidence of monopolistic firms further entrenching their market position, purchases such as these showcase the variety of markets in which Big Tech firms compete. Facebook, Google, Amazon, and Microsoft make these purchases in part to compete with each other. These firms are in fierce competition in markets for instant messaging apps, live streaming services, e-commerce platforms, video calling, smart speakers, and much more. Although presented as evidence of monopolies picking and choosing market winners and losers, the current state of affairs is one of welcome competition and innovation, and there is little evidence that Big Tech mergers are harming consumer welfare, the lodestar doctrine of antitrust enforcement.

Users flock to Big Tech companies not because they are the only options, but because they like Big Tech products. Google, Facebook, and Amazon are not the only providers of online search engines, social media platforms, or e-commerce. These companies’ purchases of smaller companies have not resulted in anti-competitive prices or reduced product quality.

Despite this, the DOJ’s letter claims that democracy will suffer if Big Tech is left to its own devices. This echoes concerns made by the “neo-Brandeisian” movement, named after Supreme Court Justice Louis Brandeis. According to Brandeis and his disciples, the power and size of corporations like those in the Big Tech club threaten democracy by manipulating crucial civic institutions.

Yet history reveals that market dominance is not synonymous with enduring economic monopoly power, let alone political power. Indeed, if Google and Meta were the dominant forces in American politics, lawmakers presumably would not have introduced the antitrust bills Hyun cites. Today’s neo-Brandeisians worry about market concentration, unwilling to contend that market share is a result of providing high-quality products. The only concentration of power they do not worry about is an emboldened DOJ and Federal Trade Commission seeking to break up or cut down companies providing popular goods and services.

Across the political spectrum, lawmakers and activists have expressed concerns about Big Tech’s impact on democracy, particularly how Big Tech companies affect political discourse and access to information. There are also worries about what Harvard professor Shoshana Zuboff calls “surveillance capitalism,” a poorly defined term that, broadly speaking, describes the business models and methods Google, Facebook, and other Big Tech firms use to gather information about users and make money.

It is true that the dominant social media platforms can be used as platforms for propaganda, misinformation, disinformation, and extremist political content. But it is unclear how antitrust enforcement would mitigate the risks associated with this content. In fact, it is likely that forcing Meta, Facebook’s parent company, to break Instagram, WhatsApp, and Facebook apart would only harm effective content moderation given the fixed costs of investing in tools for weeding out undesirable content.

So-called “surveillance capitalism” raises difficult questions for those seeking antitrust enforcement. Many Big Tech companies are popular because they gather so much information on their users. There is no doubt that some find Amazon’s recommended products, YouTube’s suggested videos, and other personalized ads unsettling, but such concerns are best dealt with through privacy legislation rather than antitrust enforcement.

There is little evidence that Big Tech is a threat to economic prosperity, let alone democracy. Those motivated by such worries should avoid turning to legislation that would, if enacted, hurt some of America’s most famous and successful companies, as well as their customers.

Matthew Feeney is the director of the Cato Institute’s Project on Emerging Technologies.

The Rise and Dangers of Plastic and Microplastic Air pollution