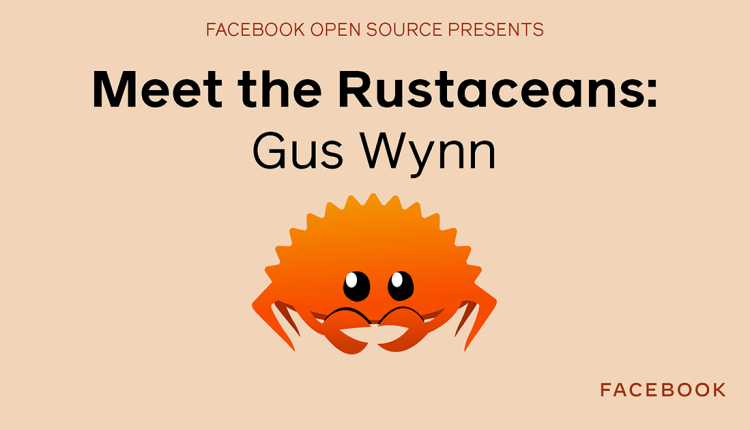 This article was written in collaboration with Gus Wynn, a production engineer at Facebook.

My team is building a large-scale, distributed system in Rust to perform hardware health diagnostics. Most days I write Rust code as my main language. While I spend a lot of time working on these distributed systems, I ultimately spend my time working on the libraries, bindings, and general code required to build a scale system like this one on Facebook. Specifically, I’ve been interested in the performance of asynchronous rust and tried to make it easier for others to easily write fast code.

We chose Rust because it combines many desirable properties:

Some of the projects I’ve worked on with Rust are:

Other than that, one of my favorite things to do in Rust is teaching it. I love answering questions, reviewing code, sharing people who may be confused, and developing best practices.

I think Rust’s development on Facebook has been extremely positive. I regularly see people try it out and immediately understand the benefits. Rust is an incredible tool that makes writing correct, reliable, and fast software a lot easier. In fact, it makes it so much easier that people very quickly feel that it is worth the activation energy that it takes to learn a new language and create the shared libraries required.

Facebook has created some very nice libraries and helped maintain them. Out of my head there is gazebo and cargo guppy, but the one that is basically a force multiplier for me every day, as well as a force multiplier for a lot of people outside of FB, is CXX, which makes it incredibly easy to get C ++ and Rust code tie together. I believe this is a fundamental contributor to the continued growth of Rust both inside and outside of Facebook.

I’ve seen Rust grow faster and faster for years. I think the work that the open source teams are doing, both on the technical side and community work, is incredible. I think the Async Visions project in particular is an incredible idea and I can’t wait for Rust to make it even easier to replace many, many high-performance servers!

This is very difficult to answer because Rust is an incredibly well-designed language. I think my favorite part is the type system because:

I would definitely suggest starting with the Book-Rust programming language. There are other great resources for advanced or advanced content as well. In particular, Jon Gjengset’s livestreams and his early access book are amazing for taking to the next level!

We’d like to thank Gus for taking the time to do this interview. It was very interesting to see how Rust is used as the primary language for analyzing hardware-related data on a large scale and how we learn from all the things we build here and contribute to the Rust community. We hope you found this interview helpful and it gave you some insight into how and where Rust is used on Facebook.

Rust has been ranked the “Most Popular” language consistently for the past 5 years and we at Facebook believe Rust is a standout language that shines and is widely used on critical issues like storage security, performance and reliability by projects here. We joined the Rust Foundation to help improve and grow Rust, which not only strengthens our commitment to the Rust language, but also to the sustainable development of open source technologies and developer communities around the world.

If the Unvaccinated Wish to Work, They Face a Sequence of Hurdles