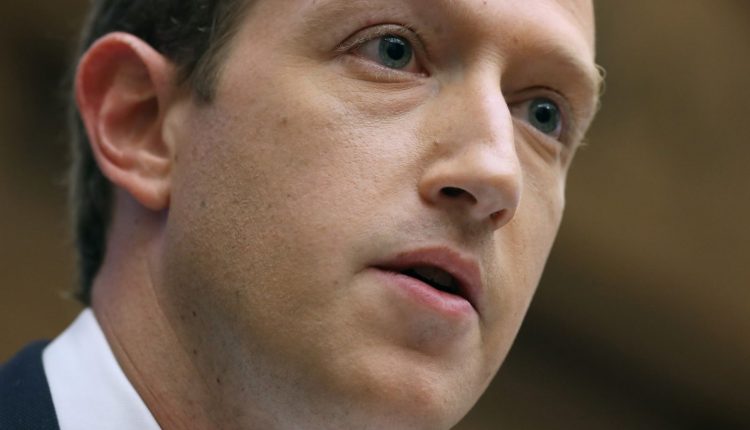 Alphabet Inc. CEO Sundar Pichai sent a surprising memo to his staff this week: “Moving forward, we need to be more entrepreneurial, working with greater urgency, sharper focus, and more hunger than we’ve shown on sunnier days,” he wrote , according to tech news site The Verge.

Not only did his message underscore the increasingly challenging outlook for tech firms, it marked a shift to a tougher tone from the tech industry that is poised only to intensify in the weeks ahead. Meta Chief Executive Officer Mark Zuckerberg’s own warning to employees last month was even darker: “Realistically, there are probably a bunch of people at the company who shouldn’t be here,” he said in one of his weekly Q&As with staff. The Facebook founder added that he was pushing for more aggressive goals. “Some of you might decide that this place isn’t for you,” he added, “and that self-selection is okay with me.”

It’s a little jarring to hear a tech CEO turn up the heat in a way that echoes Jack Welch’s rank-and-yank approach to culling low performers. Tech companies, after all, have generally operated like employee nirvanas, paying high salaries and offering lavish perks from catered meals and free concerts, to on-site massage and egg freezing.

But the sharper tone is necessary. Tech has entered an unfamiliar era of uncertainty, marked by tumbling shares and hiring slowdowns — challenges that would have been shocking even a year ago. To make matters worse, social media firms like Google’s YouTube, Facebook and Instagram are also facing heightened regulatory scrutiny while trying to refashion their products on the fly to fend off competition from ByteDance Inc.’s TikTok.

All told, the sunny days of tech’s unstoppable growth are over, and the latest warnings from Pichai and Zuckerberg suggest not only that second-quarter earnings due later this month could leave investors aghast, but that they are positioning themselves to get tougher on the workforces they have indulged for years.

Relentlessly ambitious and competitive to the point of being paranoid, Zuckerberg has run Facebook with a sense of urgency even when times were good. In 2012 he chased Instagram and bought the company for $1 billion after warning his CFO that the company “could be very disruptive to us,” according to emails published in antitrust proceedings against the company. Two years later he bought WhatsApp for $19 billion for apparently similar, defensive reasons.

That naturally caught the ire of antitrust regulators, and Zuckerberg’s shameless approach to cloning competitors has also earned him accusations of being a copycat. (A running joke is that Snap Inc. CEO Evan Spiegel is Facebook’s head of R&D, thanks to all the features Facebook has aped from the smaller company.) But when times are lean, that kind of ruthlessness can also help protect a company’s bottom line .

“He’s competitive like nobody I’ve ever seen before,” said Instagram’s former vice president of product, Kevin Weil, in an interview with the Big Technology Podcast last week. “Even in the times when Facebook was up and to the right, and nothing could go wrong, there was always something urgent, something existential that he would get everyone focused on, and [he had] a way of creating focus and drive when you could be forgiven for being lazy for a little while. Mark always had that thing.”

Zuckerberg has, for better or worse, made his job harder by pivoting the entire company to the metaverse, something other tech firms might not have had the guts to do for years, if at all. But his previous big and decisive bets — such as his purchase of Instagram or his shift to mobile for Facebook — have paid off handsomely,(1)and Facebook’s shares have more than quintupled in the past decade, even factoring in their more recent, steep decline.

Now as technology giants navigate a potentially perilous moment for their businesses, those with adversarial CEOs will probably fare better in the battle to retain talent, fend off competition and wrangle increasingly disparate hybrid workforces. It’s unclear whether Google’s Sundar Pichai is a CEO for this more challenging moment: In a 2020 Wall Street Journal profile of Pichai for instance, his leadership team largely agreed that he was “nice.” Perhaps his recent memo to colleagues shows a willingness to be more confrontational.

Zuckerberg still has much to do to fix the harms Facebook’s algorithms have inflicted on society.(2) But when it comes to protecting the company’s bottom line, there seems to be no one more committed to the task. He could well become the envy of his peers.

More From Other Writers at Bloomberg Opinion:

Why the IPhone Is Missing From Foxconn’s Asia Tour: Tim Culpan

(1) Zuckerberg’s $19 billion purchase of WhatsApp has yet to prove a major financial benefit to Meta, though. The company has for years said it was planning to bring advertising to WhatsApp, which has not happened, though there are more than 1 million businesses paying it for “click to WhatsApp” ads. The division’s contribution to revenue is still unclear.

(2) There is only one sign that Zuckerberg is making amends for Facebook’s social harms: his shift to the metaverse. Virtual reality is not very addictive and likely won’t have the same kind of harmful social impact that Facebook has had.

Parmy Olson is a Bloomberg Opinion columnist covering technology. A former reporter for the Wall Street Journal and Forbes, she is author of “We Are Anonymous.”

Hear: Why Medical Debt Touches Each Nook of America