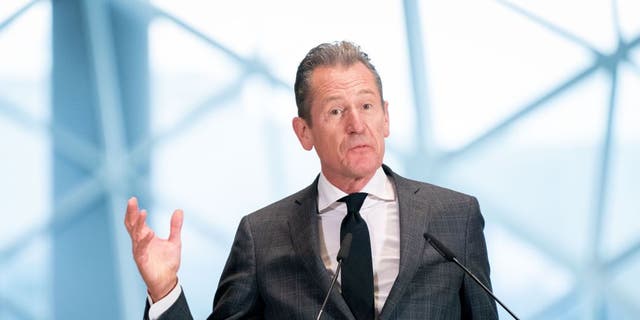 A profile of Politico’s new owner Mathias Döpfner is having liberal critics sounding the alarm.

Döpfner, the CEO of the German media company Axel Springer SE, was the subject of a lengthy piece in The Washington Post, which delved into his media business philosophy. He called his roughly $1 billion purchase of Politico in 2021 his “biggest and most contrarian bet.”

“We want to prove that being nonpartisan is actually the more successful positioning,” Döpfner said in an interview published Tuesday.

While the Post defined Döpfner’s personal politics a “mystery,” an email he had sent to close confidants weeks before the 2020 presidential election signaled support for then-President Trump.

“Do we all want to get together for an hour in the morning on November 3 and pray that Donald Trump will again become President of the United States of America?” Döpfner asked in the email.

The message was in reaction to reporting about the Trump administration aiming to file an antitrust lawsuit against Google.

Mathias Döpfner, CEO of Axel Springer SE, speaks to the guests at the opening of the new company building in Berlin, Oct. 6, 2020. (Kay Nietfeld/picture alliance via Getty Images)

In a bizarre exchange, Döpfner initially denied the post that he had written that email, declaring “That’s intrinsically false… That doesn’t exist. It has never been sent and has never been even imagined.”

However, when shown a printout of the email, Döpfner conceded he may have sent it “as an ironic, provocative statement in the circle of people that hate Donald Trump,” adding, “That is me… That could be.”

According to the report, Döpfner argued Trump succeeded in five out of six key issues, which include “defending the free democracies” against Russia and China, financially pressing NATO allies, “tax reforms,” ​​seeking peace in the Middle East and challenging tech monopolies . The issue Trump was weakest, according to Döpfner, was tackling climate change.

The German businessman and journalist asserts he had never been a Trump supporter despite the “flippant” email he admitted to sending but described himself as a “‘non-Jewish Zionist’ with ‘small-L liberal’ tendencies.”

The Post also noted how he once called Tesla CEO Elon Musk “one of the most inspiring people I’ve ever met” and how a son of his works for right-leaning tech billionaire Peter Thiel. 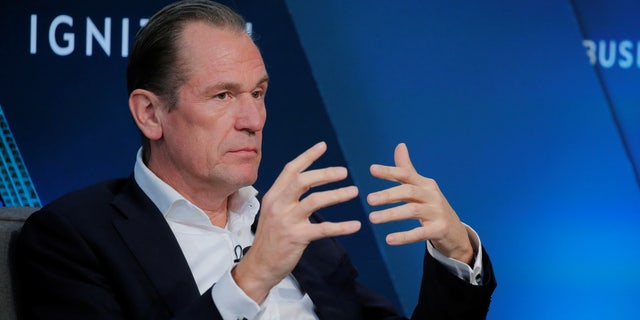 Liberal media personalities and other critics across social media blasted Döpfner and expressed fear regarding the future of Politico.

“Politico’s new German owner asked colleagues to pray for Trump’s reelection. Now he wants US media to be ‘nonpartisan’. Looks like the new @CNN has company,” University of Virginia Center for Politics director Larry Sabato reacted, referring to CNN’s new ownership and the mission to pivot the liberal network to the political center.

“Congrats @politico. You not only worked for a ‘neutral’ owner who prays for Trump but when confronted with the email confirming it says ‘That doesn’t exist. It has never been sent and has never been even imagined’ then says. ..oh yeah maybe that’s me,” former MSNBC host Keith Olbermann tweeted.

“Mathias Döpfner, the new, far-right owner of Politico urged his employees to pray for Donald Trump’s reelection and then lied about it when confronted by a journalist. How soon until his dishonesty and extreme views filter into Politico’s journalism?” The Young Turks correspondent Matthew Sheffield asked.

“So Politico is owned by a lying Trump supporter in Germany? How should/can readers factor that in to what they read in Politico?” MSNBC host Lawrence O’Donnell similarly wondered.

“Dear Politico CEO: If you are going to be a Trump supporter, at least have the courage to admit it,” Rep. Ted Lieu, D-Calif., told Döpfner. “Lying is never a good look for a media organization’s CEO. You didn’t just remain silent or say you didn’t remember. You went above and beyond and embellished your lie. Pathetic.” 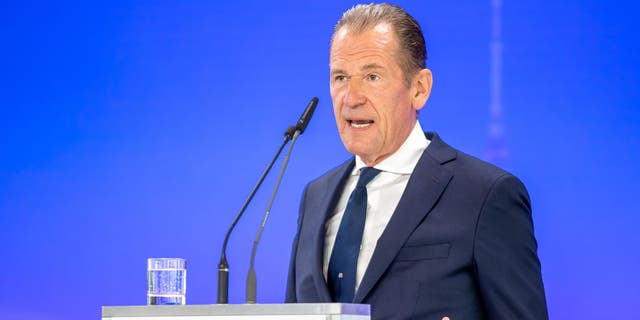 There has been seismic shifts in the media landscape in recent years. In addition to Axel Springer SE’s purchase of Politico are Cox Enterprises’s buyout of Axios and Elon Musk’s acquisition of Twitter, which has turned into a nasty legal battle as the billionaire attempted to back out of the deal over the platform’s bots.

CNN has undergone massive personnel changes from the ousting of its president Jeff Zucker, its scandal-plagued anchor Chris Cuomo, to the recent dismissals of Brian Stelter, Jeffrey Toobin and John Harwood by the network’s new leadership.

MSNBC star Rachel Maddow has also taken the unprecedented step of scaling back her primetime show to just one day a week as her four-day replacement, Alex Wagner, is already struggling to match her colleague’s ratings.

Meanwhile, The Washington Post is reportedly on pace to lose money by the end of the year, a sign of the media’s struggle in the post-Trump era.

Joseph A. Wulfsohn is a media reporter for Fox News Digital. Story tips can be sent to joseph.wulfsohn@fox.com and on Twitter: @JosephWulfsohn.