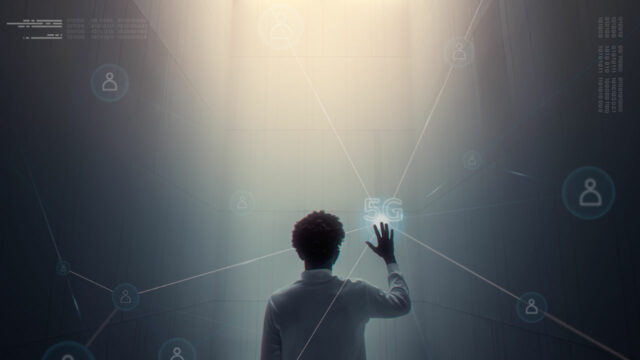 “Disinformation, and lots of it over social media, was the predicted winner of the 2022 Philippines Presidential Elections.” The quotation comes from a news item published by the Asia Center on May 5. The above opinion, says Asian Center, is based on two online polls and the statements of speakers in an event to commemorate World Press Freedom Day. (See https://asiacentre.org/disinformation-winner-of-2022-philippines-presidential-election/.)

The quotation above is the fitting representation of the dominant narrative in liberal and progressive quarters to explain the electoral victory of Ferdinand Marcos, Jr.

Yet, in its being ubiquitous, disinformation is a surface level problem. We must examine the underlying causes of disinformation and its pervasiveness. Otherwise, our interventions to combat disinformation will remain deficient. Here, not much deeper conversation has happened.

In this regard, I most welcome the public report authored by Jonathan Corpus Ong and Jason Vincent Cabañes titled “Architects of Networked Disinformation: Behind the Scenes of Troll Accounts and Fake News Production in the Philippines.” (See https://doi.org/10.7275/2cq4-5396.)

“Architects” is not just about a narration of fake news and trolls. It is also a timely review of the principles and methods of strategic communication or propaganda. But it goes beyond the basics, and it shows how concepts (like the complementarity of what may seem a tradeoff — message discipline and unregulated volatile virality) can be used to serve disinformation. The report reminds me of what the three witches in Macbeth said: “Fair is foul, and foul is fair.”

“Architects” was published in 2018. But it was only in the aftermath of the elections that it is being discussed extensively. I wish I had read this report much earlier. It would have informed the strategy and tactics not only for Leni Robredo’s electoral campaign but also for the political and reform struggle during the Rodrigo Duterte administration. For the future, this should be a guide to the struggle of the progressive forces.

Consider the passage below from the report. It shows how we, the opposition, missed the forest for the trees.

“However, we argue that Philippine media and civil society’s response, by selectively blacklisting pages or people while excluding or even hero-worshipping others that share similarly anonymous and hyperpartisan content, is incomplete and misleading. We echo the caution that US scholars Claire Wardle and Hossein Derakhshan express toward emerging fact-checking mechanisms, when they say that such methods ‘can quickly backfire when people question the authority of those who create the labels… An organization labeling something as “fake” should provide full transparency around how it makes its “blacklists.” While such proposals may mean well, they may end up further polarizing political camps if criteria for labeling are mystified, sanctimoniously adjudicated, and/or fail to be inclusive of perspectives from diverse stakeholders. This report further argues that efforts at fact-checking and blacklisting while well-meaning do not address the underlying causes of disinformation by failing to address the professionalized and institutionalized work structures and financial incentives that normalize and reward ‘paid troll’ work.”

The co-authors make the convincing point that the phenomenon of trolling cannot be ascribed simply to the Marcos-Duterte machination. The authors’ central message is that disinformation networks are the symptom of a systemic and institutional problem.

Here are some key findings:

• “Previous reports have spotlighted only Duterte’s Partido Demokratieko Pilipino Lakas ng Bayan (PDP-Laban) as hiring fake account operators, thus overlooking the systemic manipulation on Facebook and Twitter by various players across the political spectrum.” In one section, the co-authors showed an example of the execution of digital black ops: a figure portraying Duterte as being China’s loyal lapdog. But the co-authors say: “Studies reveal that an unfortunate cumulative effect of such content is an increasing disenchantment with democratic processes such as elections.”

• “Many of our respondents entered digital underground work after being disillusioned in the creative industries from witnessing first-hand systematic corruption and/or experiencing exploitative work arrangements.”

• “Many workers justify their fake accounts… as a mere extension of the longstanding ad and PR practice of using spin. Ordinary citizens have long tolerated deception work from ‘legitimate sources’—corporate brands, celebrities, journalists and oligarchic media.”

The report is consistent with the old insight into propaganda. In Edward Bernays’ Propaganda (1928), he matter-of-factly said that “approval of the public is essential to any large undertaking.” Propaganda, as well as the movement it reinforces, produces the intended result when it “impresses itself on the public mind.” In the chapter on “Propaganda and Political Leadership,” Bernays wrote: “It is understood that the methods of propaganda can be effective only with the voter who makes up his own mind on the basis of his group prejudices and desires.”

In their review of the academic literature, Ong and Cabañes provide this:

“Political marketing is an attempt to connect ‘distant high politics to the everyday,’ as Maggie Scammell puts it. Behind this practice is the belief that ordinary citizens have the agency and ability to interpret or even reject persuasive marketing messages handed down from above by political elites. For Scammell, the ‘personalization of politics’ today represents a shift toward a branding model, which emphasizes a reciprocal relationship between brands and publics that takes seriously their interests, needs, and emotional responses. Ordinary people are viewed here as having what John Corner and Dick Pels call ’emotional literacies’ and what Liesbet van Zoonen calls ‘affective intelligences.’”

I also share the discerning response of Venus, a political science undergraduate student, to the question why voters succumb to disinformation: What is transmitted to them, she said, “is aligned with their beliefs.” (I asked the question in an online Political Science 101 class of Iye Coronel Ferrer, in which Iye invited me to speak.)

The insights above suggest that our interventions or initiatives to combat trolls and disinformation are insufficient or worse are aggravating the problem. The common view is that the main problem is fake news and disinformation. The counter-strategy has proved deficient: fact-checking, exposing and dismantling the trolls, calling out the peddlers of wrong information, labeling the median voter as bobotante, etc. This is because a much deeper problem — a systemic problem — allows or enables networked disinformation.

Along this line, Ong and Cabañes, citing other scholars, elaborated why disinformation in the Philippines thrives.

“Duterte’s critics are right to point out the increased vitriol in online political discussions among Filipinos. What this moral panic often ignores, however, is the very real discontent that Duterte’s supporters are expressing. Their angry tone is a resounding rejection of the ‘politics of decency’ that they associate with the oligarchic elite political establishment, which they feel has not brought about any palpable change in their everyday lives. It is also the product of a negotiation between ‘the politics of anxiety and the politics of hope,’ as it instantiates their desire for ‘a game-changer who would finally recognize and act on their concerns.’ It is in this light that one might better understand the toxic incivility of political discussion in the Philippines today, which is clearly a marked departure for Filipino social media where interactions have previously conformed with middle-class norms of respectability and cultural norms of circumspection and reciprocity .”

And here is an explicit criticism of the condescending thinking that affects our ranks:

The Pinoy trolls have been caricatured as dull robots. But while exaggeration or grotesqueness is a feature of a caricature, the picture that comes out of the Pinoy troll is not truly representative of the trolls. Ong and Cabañes found out that the metrics for Pinoy trolls include emphasizing “individualization and flexibility,” being “entrepreneurial in establishing their value to the campaign and recognition in their field, demanding high personal commitment and resourcefulness….”

To quote another part of the report: The “chief architects… are actually wary of emerging techniques in global disinformation campaigns such as using automated software like bots. They would much rather rely on the labor of savvy creative writers with knowledge of popular vernaculars who can mobilize populist public sentiment. As one chief architect remarked about bots, ‘Bots are like the white walkers in Game of Thrones. They’re stupid and obvious and easily killed. They can’t inspire engagement.’”

“Architects” is excellent in describing and analyzing the roots of disinformation. It does not stop there. The report also includes a set of recommendations covering ad/PR industry self-regulation, financial regulation, social-media platform regulation, and media reportage. It also cautions readers that we must avoid a one-size-fits-all solution to a complex systemic problem.

My sense is that the recommendations need further teasing out. The report has provided thorough diagnostics and has identified the major obstacles. But since the problem is systemic and institutional, even cultural and historical, the recommendations are complex and nuanced and will go beyond the normative. It is also necessary to have a roadmap and a sequencing of the reforms.

To explain a bit, external incentives or disincentives (through legislation or executive order) may not be as effective as desired so long as the main stakeholders do not internalize the rules. Take the case of Duterte’s Executive Order (EO) on access to public information (or freedom of information). Since then, no transformation has happened. Arguably, only the agencies that already have the culture of transparency even before the EO was signed are complying.

The co-authors likewise recommend self-regulation. But to their lament, the stakeholders are reluctant to do so.

To appreciate the report — it is of course subject to debate and contestation — we need to have some “empathy and an enlarged imagination, rather than knee-jerk judgment.” Nonetheless, showing empathy does not mean completing all those involved or complicit in unethical, wrongful acts of lying and defamation.

Don’t take my word for it. Read JC Ong and JV Cabañes.

The Editorial Board: We are able to now not ignore the self-evident issues posed by social media | Editorial