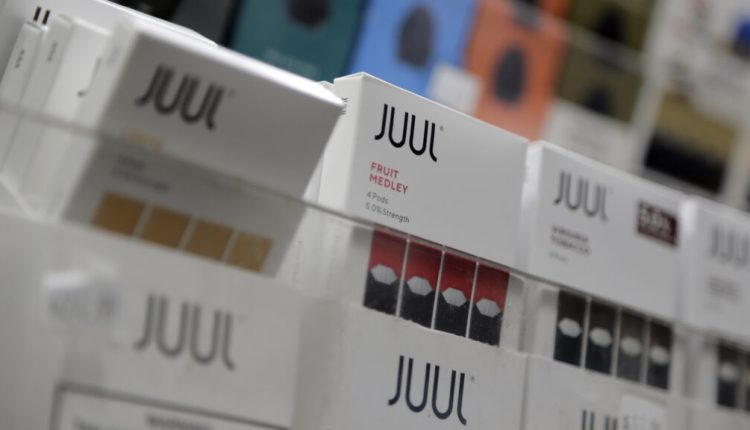 Joe Murillo, the company’s chief regulatory officer, came armed with a number of criticisms from the agency, including its alleged inability to withstand political pressure.

“The very integrity of the FDA review process is now called into question,” Murillo said at the annual tobacco confab known as the Global Tobacco and Nicotine Forum.

He lamented, too, the FDA’s lax enforcement against companies that flout its rules. His remarks come on the heels of a STAT investigation that showed that a large swath of products the FDA has recently ordered off the market are still being sold illegally.

The executive’s remarks come on the heels of two lawsuits from Juul challenging the agency’s recent failed attempt to pull its products off shelves. The company has claimed the decision was motivated by political pressure and that the FDA overlooked a number of the scientific studies the company submitted alongside its application.

His criticisms were part of a chorus of complaints directed at the FDA during this week’s conference. Speakers slammed nearly every aspect of the tobacco center’s work, from its alleged unwillingness to work with the tobacco industry, to its lawyering, which law professor Jonathan Adler called in a keynote speech Thursday “arbitrary” and “sloppy.”

Several speakers argued, too, that all of these regulatory struggles have made it harder for people to use vaping as a tool to quit smoking cigarettes.

“To be crystal clear, this uncertainty only prolongs cigarette use,” Murillo, the Juul executive, said.

While a number of the speakers during the conference have vested financial interests in the vaping industry, it is true that the available evidence suggests vaping can help people quit smoking, and that vaping is less harmful than smoking cigarettes.

Even one prominent tobacco-control advocate railed on the FDA during this week’s meeting.

Dave Dobbins, the former chief operating officer at the Truth Initiative, said he worried that the FDA’s “willy-nilly” regulation of e-cigarettes would eventually lead a judge to “throw the statue out the window.”

The newly minted head of the FDA’s tobacco center, Brian King, briefly addressed the criticisms during a speech at the conference on Wednesday.

“It’s very easy to criticize,” King said. “I think it’s also very easy to be an armchair regulator from the luxury of a social media account. What’s far more complicated is ensuring … that our regulations are scientifically and legally defensible, and that’s what I’m committed to doing.”

King also appeared to urge patience with the center, which was created in 2009.

“In the grand scheme of things, it’s a relatively infant center, relative to other centers at the FDA,” King said.

Critics of the agency were not convinced.

“You don’t get to be a baby for 20 years,” said Dobbins, the former Truth Initiative COO.

This story was supported by a grant from Bloomberg Philanthropies.

KHN’s ‘What the Well being?’: On Authorities Spending, Congress Decides To not Resolve