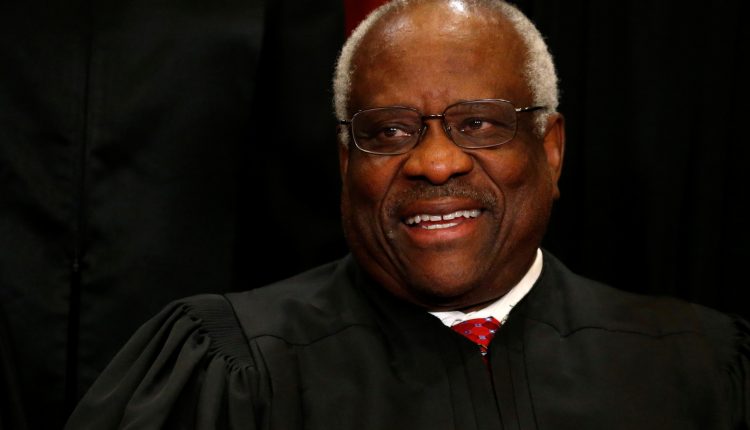 On April 5, Supreme Court Justice Clarence Thomas kicked off a new round of discussions on the right way to regulate social media businesses with a thoughtful and creative piece of law. Its key point is that the courts’ review of the first amendment could very well uphold state or federal law treating social media platforms as common carriers or places of public accommodation and limiting their ability to remove content from their systems for political reasons to remove. He did so in the form of a non-binding concurring statement in the Supreme Court decision dismissing a lawsuit against former President Donald Trump for banning some Twitter followers as disputed.

Justice Thomas has been involved in much of the ferment among conservatives who believe tech companies are biased against their perspective. They point to the deplatformation of President Trump in January following the uprising of his supporters on Capitol Hill as a paradigmatic case of political discrimination against the conservative point of view. A proposed Texas law would respond to this perceived bias by treating social media companies as popular carriers and banning deplatforming from a perceptual point of view.

Indeed, Judge Thomas responded to a First Amendment challenge to such a joint promotion law. Together with critics from the left, he steps out of the libertarian paradigm that gives private companies the unrestricted right to decide what is said on the media platforms they operate. Going to the opposite extreme, he says that social media companies shouldn’t be treated as speakers at all for First Amendment purposes. Rather, like telephone companies, they should be re-conceptualized as neutral, passive transmitters of the language of others.

This notion of social media companies as common carriers with no or severely restricted language rights corresponds to the way in which they present themselves to the world as a platform for others to speak. It also reflects our intuitive understanding of what we do when we use social media platforms. When we post something on a social media platform, we speak, not the platform, just like when we make a phone call, we speak, not the phone company. Thomas takes these business facts and firmly anchored social norms and turns them into the legal doctrine of joint promotion.

In this conception, a state or federal law that treats social media companies as joint carriers and prevents them from removing accounts for political reasons would not violate the companies’ initial adjustment rights, since as joint carriers they do not have their own speaking rights. It is the user’s language rights that are in the foreground. The platforms only serve as facilitators of the language of others.

As a precedent, Justice Thomas cites the Turner Broadcasting case, in which cable operators had to transmit broadcast signals. He notes that the key point in this decision – “[I]Obviously, if Congress demands that telephone companies act as joint network operators, it can ask cable operators to do the same – possibly for “digital platforms” as well.

The Conservative response has been positive, although opinion diverged from libertarian orthodoxy on the First Amendment. The conservative outlet, for example the Daily Wire, quoted extensively and approvingly from the statement. Economist Marshall Auerbach, who wrote in the conservative American Compass, welcomed Justice Thomas’ refusal to demand a demonstration of market power before naming social media as a common carrier and praised its “promising function-based approach.”

Of course, it’s not just conservatives who deal with social media censorship. The suspicion that private technology companies can control the language on their systems is widely shared by progressives. For example, Senator Bernie Sanders, a leader of the progressive left, was irritated by former President Trump’s bans and wondered when the “handful of high-tech people” who control social media platforms “could approach someone who has a completely different point of view. “

Some of the progressive left have also advocated the idea of ​​treating social media as a common vehicle. On the Law and Political Economy blog, law professors Genevieve Lakier and Nelson Tebbe argue that users have a constitutional right to social media promotion, which is necessary to “counter the threats to freedom of expression arising from the private scrutiny of the mass public . “Lakier also posted a number of favorable tweets on Thomas’ opinion.

We see an increasing convergence of left and right when it comes to identifying the dominance of the private sector in the digital information space as the main problem. Both groups seek reforms to curb this power and are engaged in reconsidering the First Amendment to defend these reforms. Their key words are fairness, non-discrimination, political neutrality, access and transport rights.

This emerging coalition of reformers recalls the 1980s struggle to codify the Fairness Doctrine, in which a coalition of left and right led by Ralph Nader and Phyllis Schlafly took on broadcasters and pro-business deregulators. Then-President Ronald Reagan’s anti-government instincts prevailed against his conservative instincts and he vetoed the bill, upholding the Federal Communications Commission’s decision to repeal the Fairness Doctrine.

However, regulating airlines collectively may not be the way to go. In a response to Lakier and Tebbe on the Law and Political Economy blog, noted First Amendment scholar Robert Post rightly states that treating social media companies as common carriers means that they would be “forced to be intolerable and unbearable.” to spread oppressive forms of language. “This could” even invalidate the minimum content moderation guidelines that these social media platforms currently provide “and exacerbate the problem of” cruel communication in the digital public “.

Post also notes that Congress cannot address this issue by regulating the content of social media companies because “the cruel communication in the digital public” is a protected language. maybe harmful, but legal. In our system, we rely largely on the private sector, rather than the government, to set the boundaries of an acceptable language. If social media companies cannot do this because they are treated as common carriers, nothing prevents them from becoming dead ends of pornography, hate speech, white supremacist propaganda, and disinformation campaigns, all of which are constitutional under the current case law of the First Amendment are protected.

However, there is another way. Joint agency regulation is not the only alternative to unrestricted editorial freedom. Broadcasters are no ordinary network operators, but they have some public interest functions that prevent them from having full editorial control over their systems. At one time that included the Fairness Doctrine, but their public interest duties still require them to give candidates the same amount of time and provide adequate amounts of educational and information programs for children, to name but two examples. Enforcement by the Federal Communications Commission has been and remains flexible, with the editorial judgment of the broadcasters themselves being well respected and only intervened when that judgment is so extreme that no reasonable person could agree.

A concept of the responsibilities of social media companies in the public interest must be developed, discussed and discussed and finally regulated by law. One idea is that social media does not require access rights or nondiscrimination between speakers, but rather a fair display of the community’s views. Our guiding star could be the principle recommended by the freedom of speech theorist Alexander Meiklejohn: “What matters is not that everyone speaks, but that everything that is worth saying.”

Once these public interest obligations are met through an appropriate and fair distribution of community views, social media companies should be allowed to exercise editorial control over their systems. This would enable them to take the necessary steps to keep their systems free of harmful but legal material, just as broadcasters used their control over the radio waves to set their own limits on acceptable language. This approach would strike a balance between joint promotion and total freedom, where the editorial discretion of social media companies would be broad enough to filter content, but not enough to censor unfavorable community perspectives can.

Adapting these principles to social media would not be easy and would require some hard thought about technology. What can be done about reinforcement? Does a regulatory framework need to differentiate organic popularity from advertising by the platform itself? As a first approximation, the goal might be for the importance of the views on a platform to reflect their actual prevalence in the community, not the platform’s judgment of what should be popular, interesting, or what would get the most engagement for promotional purposes.

A regulatory structure would be required to oversee such regulation and care must be taken to design it in such a way as to prevent partisan bias by the regulator from corrupting the agency’s mission. The details will be messy and complicated, but now is the time to start working hard on building a balanced legal framework for social media.