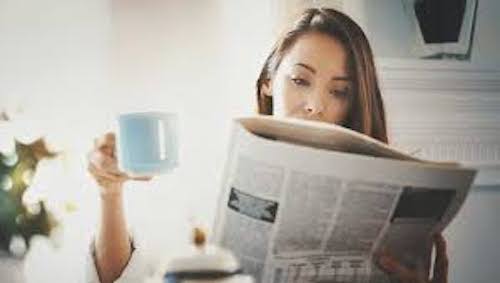 America’s newspapers are struggling to survive and Google and Facebook are getting many of their stories free of charge. Getting congressional help has been so far unsuccessful.news.gallup.com

Reading other newspapers these days is difficult. I have been reading many newspapers for over 60 years. Before the internet, the American Press purchased exchange papers that came through the mail. The internet made it possible to read them online.

Now, even that is becoming difficult. Here is what you get at many of the websites of local and national newspapers:

I was able to read a story on The Guardian website, but it said I had read 5 articles in the last year and went on to explain it is a reader-funded newspaper and said at the end, “Support us today for as little as $1. Thank you.”

The Washington Post let me read one story, and said on the second attempt, “Try FREE for 4 weeks. Election coverage you want. Clarity you need. Cancel anytime.”

I got two paragraphs on a story about the Inflation Reduction Act on the Wall Street Journal website and the message said, “Continue reading your article with a WSJ membership. special offer $8 a month.”

Stories are available on the website of The Advocate of Baton Rouge but reading the page-by-page newspaper online to get wider coverage costs $9.99/month. It has statewide coverage and investigative capabilities and is a major sports newspaper.

Friends often send me links to stories they think I might like, but it’s difficult to read some of them.

OK, so what’s the problem?

Lynn Hohensee sent me a story written by Cory Myers, news director of the Sioux Falls Argus Leader, that explains it well.

Myers said in just the last 18 months, South Dakota has lost 17 newspapers. He added that it’s a pattern across the country. The news industry has lost more than 28,000 jobs since 2008, he said, “and more than 1,800 communities have lost their local newspapers since 2004.”

I recently tried to read a story on the Lafayette Daily Advertiser website that had the “$1 for 6 months” message but couldn’t. When I typed the story title on the Google website, the story popped right up. It was on Yahoo with a message at the bottom that said the story had originally appeared in The Daily Advertiser of Lafayette.

That, my friends, is the problem.

Myers said, “A big part of the problem is that two tech giants, Google and Facebook, have a strangehold on online news and advertising, denying newspapers the revenue they deserve. The same is true for local broadcasters.”

The tech giants distribute news content provided by newspapers, which boosts their advertising revenue. Myers said they have made the business decision to pay publishers little if anything for their journalism, “in contrast to the companies’ practice of compensating music publishers and other creators.”

A 2019 story in The Salt Lake Tribune said Congress was considering legislation “aimed at allowing news outlets to work with search engines like Google and social media providers to reclaim some of the profit from their content in an attempt to ensure newsrooms aren’t hollowed out or closed altogether.”

The same story said the News Media Alliance estimated Google alone made $4.7 billion in ad revenue in 2018 by “scraping content from news publishers.”

The Journalism Competition and Preservation Act grew out of that 2019 discussion, but it is still sitting around in Congress. It would allow a temporary antitrust exemption to permit news organizations to negotiate with Google and Facebook to secure fair compensation for the journalism newspapers produce.

The Mankato (Minn.) Free Press in an Aug 5 editorial urged passage of the legislation. It said weekly and small daily newspapers are often the only source of local news.

“When they close, there is usually no one keeping an eye on the city councils, county boards, school boards and law enforcement,” the editorial said.

Another idea floating around Congress is establishment of temporary tax credits for news outlets hiring or retaining local journalists. It would certainly give newspapers an incentive to continue their operations.

Unfortunately, the odds of getting the current Congress to help newspapers appear to be slim to none. So newspapers are turning to readers, and some to donors, in order to help them survive.

Those newspapers that are surviving are also becoming better and more efficient because they know getting help from Congress is difficult in the times in which we live.