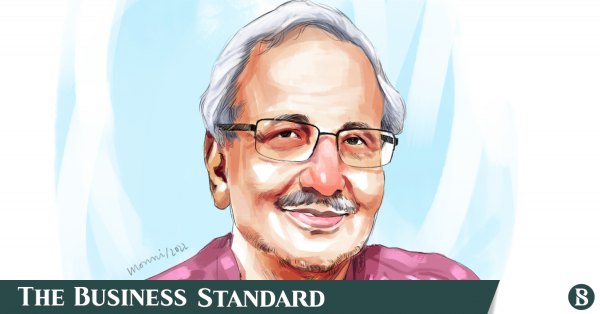 ‘It is a weaponisation of the legislation’

With the Digital Security Act (DSA), we have seen how a law can impact citizen’s rights to exercise free speech. What does the new regulation for digital, social media and OTT platforms want to achieve? How do you evaluate the draft regulation?

To answer this question, we have to look back at our experiences with the Digital Security Act (DSA). This new law is being enacted ahead of the general elections scheduled next year. The DSA was also enacted before the 2018 parliament elections, to supposedly make sure that there is no use of digital media to create mystery (prevent confusion). That was the idea.

Instead, it has essentially been used to impede citizens’ rights to expression and privacy, which are fundamental rights enshrined in the constitution.

If we can recall when the DSA was enacted, it went to action right away. On the other hand, our Road Transport Act was also enacted at the same time but took a long time to go into effect.

The Road Transport Act was implemented for the citizen’s welfare while the DSA was enacted to protect the interest of the ruling elites at the cost of people’s rights. So this is the weaponization of the government’s power to regulate and impede the human rights guaranteed by the constitution.

They copied this regulation from the Indian information technology rules, about which the Indian court has issued cautionary rules.

Is there a chance the new law could limit freedom in the digital sphere? And will the law impact the government’s efforts to win back the US and EU’s economic favor at a time when they are emphasizing freedom of speech and expression?

It seems the government wants to ensure that they have the citizens under their grip but this contrasts with their dream to build a digital Bangladesh.

Digital Bangladesh can only flourish if people are allowed to have freedom. Therefore they should guarantee and ensure it, rather than take them away.

So if digital Bangladesh only aims to control, then Bangladesh will become a regulated, not digital country.

But what they fail to understand is that the objections are intended to convey that Bangladesh has problems. We need to adjust those instead of denying our issues.

And we need to do better. We say that they don’t have the right to interfere in our affairs. But the fact is there are international laws, like the universal declaration of human rights. We are committed to abide by those laws.

I think there is a lack of understanding surrounding issues like sanctions. We think protesting, and saying that they also have such issues (for which they are sanctioning Bangladesh), or engaging the lobbies will rid us of these. But these sanctions are not based on whims, and the only way to get rid of them is to show them that we are doing better and that we are sincere in our efforts.

If the law is implemented, social media platforms will have to share information under its control or possession for government purposes that entails “verification of identity, or for the prevention, detection, investigation, or prosecution of offenses.” Is there a chance that could compromise the security of the citizens?

Absolutely. Our right to privacy is gone. Our calls are being recorded and anyone can reveal the recordings as they please, since they are not brought to book.

For now, some apps like the WhatsApp provide us with some privacy but they will be gone (after the new law is enacted). Again this is contrary to the idea of ​​a Digital Bangladesh.

This gives them arbitrary power as the authority can do anything. These are the weapons the government has at their disposal. They can use this anytime against anyone. This is a weaponization of the law. And this is totally contrary to a democratic politics. This cannot happen in a democratic country.

Considering what happened in Ramu or communal tensions that sometimes originate on social media, what alternative methods do we have to address such disturbing developments?

There are many things (laws) in our criminal procedures to address them. Now if they are inadequate, let’s make changes, regulations or laws which safeguard the rights of the people, instead of taking them away.

It was said that the DSA would not be misused or used against journalists – who decides that? And this is happening—they are used cruelly.

There are certain characteristics of power. Power is not only used but also used excessively. With power comes a tendency to overuse. So even if it is promised that the law will not be used unjustly – power doesn’t work like this. Once power is given to the authority, they will exercise it.

Why is a law to regulate the content on platforms such as the OTT or social media important to the government?

Content is speech – that is your expression of speech, opinion or views. If they can control that, I would no longer have my freedom of expression!