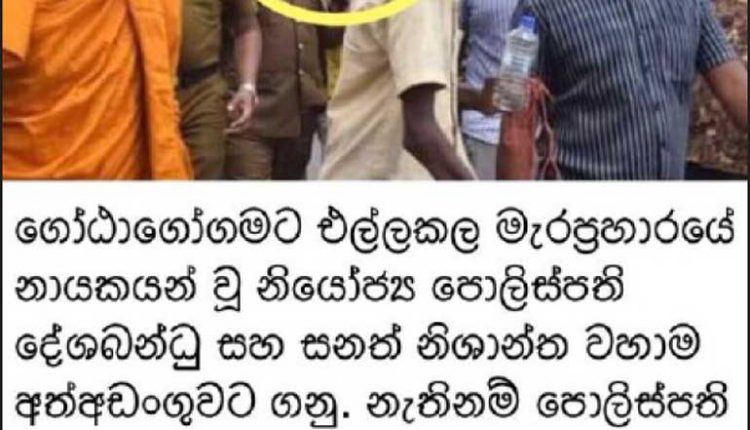 By regulations made under the Public Security Ordinance (Chapter 40), the Government has sought to

impose criminal penalties on citizens who make certain posts on social media. It is possible that this is Sri Lanka’s first attempt to criminalize communication over social media.

“15. No person shall, by word of mouth or by any other means whatsoever, including digital means or social media, communicate or spread any rumor or false statement or any information or image or message which is likely to cause public alarm, public disorder or racial violence or which is likely to incite the committing of an offense.” (Gazette Extraordinary 2278/23 dated May 6, 2022)

The keys to understanding the effect of the regulation are the definitions of the word and phrases “rumour,” “false statement,” and “any information or image or message which is likely to cause public alarm, public disorder or racial violence or which is likely to incite the committing of an offence.”

I have posted on Twitter and Facebook a question “were a Deputy Inspector General of Police and a former State Minister part of an unlawful assembly?” above an image I received from a member of a group I belong to.

I did not take the photograph. I surmise that the location is Galle Face Center Road, because I can see the distinctive roof of the Galle Face Hotel in the background. From these contextual factors I hypothesized that these individuals were part of the crowd coming to GotaGoGama, after the destruction of the protest site opposite Temple Trees. Because of that I also believe that the crowd that these two individuals are part of is an unlawful assembly. I am asking a question, which means that I am open to proof, one way or another.

I believe my posts do not fall within the scope of the offense defined by the regulations. I do not believe my question does not fall within the scope of rumor or false statement. I am somewhat troubled by the last element: “any information or image or message which is likely to cause public alarm, public disorder or racial violence or which is likely to incite the committing of an offence.” Here, the question is not whether the information is true or false, what effect it will have.

I am confident my posts will not lead to public disorder or racial violence. I recognize the possibility that the information I have disseminated may cause alarm, in the sense that a DIG or a political leader being a part of a mob that has caused violence and is on the way to cause further violence should cause alarm among all right- thinking citizens. I sincerely believe that the regulation above does not cover that kind of civic alarm.

Malaysia was the first Asian country to criminalize content posted on social media. The question then too was the meaning of “false content.”

When asked in Parliament about whether messages about the IMDB scandal would fall within the definition in March 2018, Datuk Jailani Johari, then Deputy Communications and Multimedia Minister at the time, explained that fake news is information that is confirmed to be untrue, especially by the authorities or parties related to the news. He said that 1MDB has been investigated by the police and Attorney-General and the reports have been presented to Parliament’s Public Accounts Committee (PAC), which is made up of lawmakers from both sides of the divide. Jailani added that recommendations from the PAC report have been accepted and been implemented by the Government… “As such, the Government views that other than the information that has been verified by the Government, all other information is deemed as fake news.” (https://www.thestar.com.my/news/nation/2018/03/21/unverified-info-on-1mdb/#eLl1jB5cIC12F7d1.99)

When I made a presentation on laws regulating social media at the Ministry of Defense back in 2018, I noted that by saying anything contrary to the Malaysian government’s position on the scandal, I was in violation of the Malaysian Law which had extra-territorial scope. After the law was repealed under the subsequent Mahathir Mohamed led government, I was no longer concerned about visiting Malaysia. I trust I am not in violation of my country’s regulations because of my social media posts and this article.