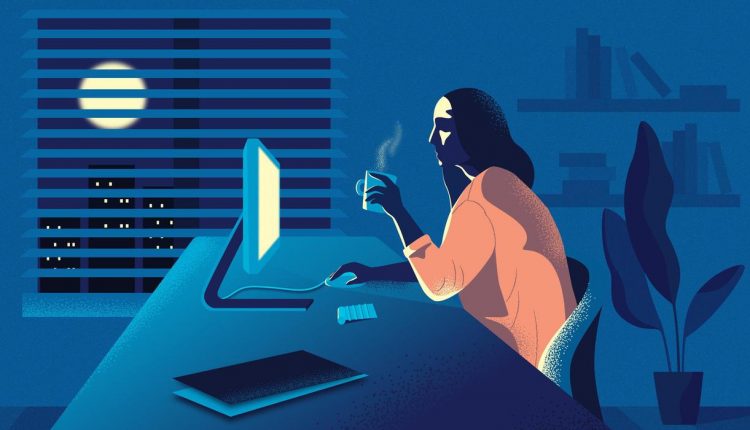 Social media is rotting our brains. We have a moral obligation to pay attention to the war in Ukraine, but that does not mean we should be carrying the war in our pockets and feasting on its tragedy during our lunch break.

s I wrote last week, our addiction to digital technology and social media does real harm: it is grinding down our ability to concentrate, chipping away at our productivity, making our teenagers anxious and making us all less empathetic and more tribal. Yet it also brings huge benefits. A world without these technologies would be, in many respects, a poorer place. So what’s to be done?

There are four key ways in which we can address this problem, ranging from the personal to the political. Because we have all the attention span of a gnat, I’ve reduced them to a simple rubric. I’ll call them the Four Rs: responsibility, reason, reform and regulation.

As with smoking, boozing and gambling, the fundamental problem with addictive technology lies in the way society and economics combine to incentivize self-harming behaviour. But, as with these other vices, systemic change will come too slowly and too late to help you with your addiction. So you’ve no choice but to try and fix yourself, first.

The New York Times has just acknowledged this. In a memo this month, editor Dean Baquet warned his reporters that too great a reliance on Twitter could be “especially harmful to our journalism when our feeds become echo chambers” and asked reporters to “meaningfully reduce how much time you’re spending on the platforms”.

The internet is awash with good tips on how to do this. To break his addiction, Johann Hari, the author of Stolen Focus: Why You Can’t Pay Attention, rented a room on the beach in Provincetown for three months and left his smartphone behind. As he acknowledges that’s not much use as a model, but his book contains solid advice for habit changes, even as he argues that the real battle is societal.

Tips include adopting the 10-minute rule — “if you feel the urge to check your phone, wait 10 minutes”. Turn off your notifications. Turn your phone screen black and white (the bright colours, in particular the red badges, are designed to distract you). I’ve hugely improved my Twitter experience by ignoring the inane home feed and curating a subject-based list of experts to follow.

But even more important than your own addiction is that of your children. A school talk once a year from a visiting speaker who warns them against sexting and online shaming is better than nothing — but not much.

Social media addiction is having a fundamental impact on how our children are learning and how they interact with the world. Tackling that addiction should be integral to their education, not a tokenistic add-on.

Done well, this is a subject they will respond to. Their generation is deeply invested in identity politics and social justice. Social media corporations are manipulating that for profit. In doing so, they are hacking children’s identities and corrupting them. Our children need to be taught how this is happening and what they can do about it. They will thrive on that information. And they have the energy to fight back.

The key piece of information in this fight is this: social media is designed to make you emotional, this is how it is monetised. Its algorithms reward emotive content, and this content keeps users on the platforms, exposing them to more ads. This is no different, in principle, to any other media, but it’s faster and more intense — and therefore more dangerous.

The simplest and most incisive guide to this problem I have read is a short book called Factfulness by the late Hans Rosling, a Swedish public health guru. The media plays on our instincts for the dramatic, Rosling warns. To balance this, we need to practice “factualness”.

Consuming the news more factually means recognizing how it plays on your emotions, realizing that “good news” rarely makes the news and seeking it elsewhere, reducing your exposure to the incessant stream of bad news and taking the time before responding to that news to allow fear and panic to subside. “Get calm before you carry on,” he writes. In other words: pause before you tweet.

The pause is crucial. In the early days of Twitter, retweeting was a manual process that involved copying a tweet, pasting it into a new tweet and prefixing it with “RT”. Then a Twitter engineer, Chris Wetherell, invented the retweet button. Suddenly, retweeting was instant — it barely even required a thought process. The effect was that of handing a “four-year-old a loaded weapon”, Wetherell quickly realised, allowing fake and abusive content to go viral almost instantly.

Wetherell, who has since left Twitter, has argued — along with other social media critics — that the retweeting process needs greater friction. Forcing people to pause allows time to think, and that thought helps reduce the tribal, emotive quality of debate. This is the kind of reform that can come from within the platforms — if they are pressured to do so.

A key reform is the cause of algorithmic transparency, which has been taken up by Elon Musk — now Twitter’s largest shareholder — and endorsed by Twitter co-founder Jack Dorsey. Social media is run on secret algorithms that decide what content you see when you open your app, and which optimise for virality.

Opening these algorithms up to scrutiny, and to competition, could address this problem. Users could choose to use algorithms that reflect their needs, not those of the platforms’ advertisers. Dorsey left Twitter last year and has since reflected ruefully on the impact of it and other internet corporations, saying earlier this month they had “really damaged” the internet. “I realize I’m partially to blame, and regret it,” he tweeted. The pressure for reform from within Silicon Valley is growing.

That these corporations acquired such power, and such scale, so quickly stems from an extraordinary American legislative innovation in the mid-1990s known as Section 230. This ensured that what we now call “platforms” — but which, in many crucial respects, are a form of online publisher — would not be held responsible for third-party content they published, nor would they be held responsible for “good faith” attempts to moderate that content.

They also benefit from an American judicial interpretation that companies whose product is free to users cannot be said to be monopolistic. The result has been that these companies have operated with unprecedented — and unsustainable — freedom.

That freedom took a significant knock last week when the EU agreed on new legislation to regulate Big Tech. The new Digital Services Act, which is paired with the Digital Markets Act agreed earlier this year, will amount to “the most significant overhaul of the laws governing [the tech platforms’] operation in more than two decades”, judged the Financial Times. Both acts have still to be approved, but this is seen as a formality.

As with GDPR, Europe aims to set the gold standard for regulation: other jurisdictions are likely to follow. Even if they don’t, the tech companies will find it difficult to justify applying lower standards in other markets. The legislation will advance algorithmic transparency, force the platforms to combat misinformation and place restrictions on the targeting of ads, among other measures. There could be unintended consequences — for example, if greater policing of content provides a license for greater surveillance, or excessive censorship. Broadly, though, the cause of regulation is progressing.

Still, reform and regulation are lumbering processes in which, in reality, Ireland’s impact is small. Changing how we individually use our social media is difficult and has little impact on those around us. The one area where we can have an immediate effect and advance systemic change is in the education we give our children. We need to teach them, train them and empower them to assert control over their own use of these technologies first, and over the marketplace and regulatory frameworks in which these technologies operate.

That’s not a headline-grabbing manifesto, alas; the good news is that it’s eminently achievable. We just have to keep focus.

‘It is a weaponisation of the legislation’