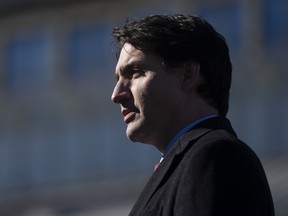 One year ago there was a lot of noise about the federal Liberal government looking for ways to regulate Internet content and effectively give themselves the power to censor people’s social media posts.

What was then known as Bill C-10 was seen as a backdoor way to bring in creeping censorship by giving the Canadian Radio-television and Telecommunications Commission (CRTC) the powers to regular what they termed user-generated content posted online, in the same way the regulatory body currently has domain over the radio and TV realm.

The concerns appeared across the media landscape and political spectrum, “Your free speech is at risk with Ottawa’s push to regular online content, experts warn,” read one headline over at the CBC.

What then unfolded was that experts in the field pointed out the flaws with the legislation and the Liberals said the bill would be revised to address concerns. All good. Nothing more to see here folks. Controversy over.

Except it’s not over. It’s only getting crazier. The Trudeau government’s plans to censor the Internet are back with a vengeance — and they’re now using Russia’s invasion of Ukraine as a pretext to push Canadians into going along with it.

Foreign Affairs Minister Melanie Joly has made multiple statements to this effect the past couple weeks.

We apologize, but this video has failed to load.

“Social media companies need to do more to prevent propaganda, and to counter any form of disinformation,” Joly said at an event at the University of Toronto’s Munk School two weeks ago. The problem is “not only happening in Russia, it’s happening on new virtual battlegrounds, which are our social media companies,” she added.

A few days later, she appeared at the House of Commons foreign affairs committee and was served up a question by a Liberal MP on the Committee about countering Russian disinformation.

“Social media companies need to do more,” said Joly, as part of her answer. “They need to make sure they recognize states have jurisdiction over them and that they’re not technology platforms but they’re content producers. It is our way collectively to make sure that we can really be able to have strong democracies in the future because this war is being fought with 21st century tools including social media.”

See what they’re doing here? They argue, correctly, that Vladimir Putin’s propaganda machine is pushing false narratives but then in the next breath make the massive leap that the solution is to bring in permanent changes to Canadian legislation that will impact things that have nothing to do with the war in Ukraine .

Joly reportedly plans to announce more formal measures soon and you can bet their comms plan is to denounce anyone who has a problem with censoring the Internet in Canada as a pro-Putin stooge. The shamelessness is so transparent. But there will no doubt be a phalanx of Liberal supporters ready to run with this line of attack.

The question is how regular Canadians will respond — and if they’ll see it through it. If the widespread reaction last year to the proposed legislation is any indication, there will still be intense blowback. A Heritage department report released in February revealed that they received 9,218 submissions responding to Internet regulation plans with “only a small number” in support of it.

The problem though is that the Liberals aren’t just putting forward one modest piece of legislation. They’re engaged in a multi-pronged offensive strategy.

There’s the new version of Bill C-10 (now C-11) that they quietly put forward the other month when Canadians were focused on debating the truckers convoy. But there is also controversial legislation to tackle ill-defined “hate speech” online as well as talk of appointing an Orwellian-titled Digital Safety Commissioner, who would be granted the discretion to block websites.

Prime Minister Justin Trudeau and his Liberal government are clearly obsessed with finding ways to regulate and censor the Internet and social media. Will they succeed? We shall see. Despite the ongoing concerns from experts, it will only be easier for the government to proceed now that the NDP-Liberal deal has effectively granted Trudeau a majority and neutered opposition powers.

From our newsroom to your inbox at noon, the latest headlines, stories, opinion and photos from the Toronto Sun.

Thanks for signing up!

A welcome email is on its way. If you don’t see it, please check your junk folder.

The next issue of Your Midday Sun will soon be in your inbox.

We encountered an issue signing you up. Please try again

Postmedia is committed to maintaining a lively but civil forum for discussion and encouraging all readers to share their views on our articles. Comments may take up to an hour for moderation before appearing on the site. We ask you to keep your comments relevant and respectful. We have enabled email notifications—you will now receive an email if you receive a reply to your comment, there is an update to a comment thread you follow or if a user you follow comments. Visit our Community Guidelines for more information and details on how to adjust your email settings.