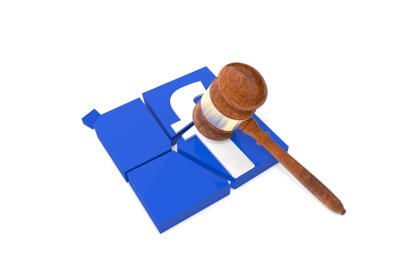 “[I]It’s puzzling to wonder why the FTC is filing an 80-page complaint arguing that Facebook has ousted innovative competitors without even mentioning the word “patent”. “

On August 19, the Federal Trade Commission (FTC) filed an initial amended lawsuit in the U.S. District Court for the District of Columbia for injunctions and other just remedies, calling for a ruling that Instagram and WhatsApp are punished for Facebook social media The giant’s alleged antitrust violations would split off. The lawsuit, which traces many of the same arguments put forward in a previous FTC lawsuit dismissed by the District of Columbia this June, is another reminder that the current wave of antitrust enforcement against Big Tech is an inevitable one The result of profound reforms of the US patent system that has been in place since the mid-2000s, particularly the reforms that created the Patent Trial and Appeal Board (PTAB) and turned Section 101 aptitude analysis into a “validity goulash”.

According to news reports, the amended complaint recently filed by the FTC includes nearly 30 additional pages of allegations, primarily based on a ruling by District of Columbia District Judge James E. Boasberg who dismissed the FTC’s first complaint in June of this year would have . These additions include both an identification of Snapchat as Facebook’s next largest competitor in the field of personal social networks and detailed figures on Facebook’s engagement with its user base, which are blacked out in the public version of the complaint. As in the December complaint, the FTC claims that the relevant market is for personal social networking services, excluding similar networks like LinkedIn and NextDoor, which connect users by work or neighborhood. It also relies heavily on allegations of anti-competitive activity related to Facebook’s takeover of former rivals Instagram and WhatsApp.

And yet, anyone who has followed developments in the US patent system must realize that Facebook’s dominance on social media has at least as much to do with the inability of smaller competitors to protect their more innovative Internet-based services through patents, as these Dominance has to do with Facebook’s merger and acquisition activities. This was recognized by IPWatchdog back in 2017 when this blog featured the many innovative features of Snap, which Facebook copied with absolutely impunity. While other big tech companies like Google may have played a bigger role in patent reform, Facebook is a member of United for Patent Reform, a group advocating less patent disclosure, stricter patentability standards, and other patent reforms that make it harder to enforce of patent rights against infringers.

A quick rundown of some of the FTC’s own wordings from its amended complaint shows that Facebook’s anticompetitive activities go far beyond mere mergers:

Facebook’s internal documents confirm that it is very difficult to attract users with a social networking product that is based on a certain social “mechanic” (ie a certain way of connecting and engaging with others interact, such as sharing photos) already by an incumbent with a dominant scale. Often times even a newbie with a superior product cannot prevail against the overwhelming network effects of an established personal social network. (Emphasis added)

Antitrust experts often come across the subject of patent rights, particularly in connection with standard essential patents (SEPs). Although Facebook’s social media business does not overlap with technical standards, it is confusing to consider why the FTC is filing an 80-page complaint arguing that Facebook has ousted innovative competitors without the word “patent” To mention once, despite consistent recognition by the FTC, that smaller innovators need help to compete with incumbent players.

Unable to maintain its monopoly through fair competition, the company’s executives countered the existential threat by buying up new innovators who succeeded where Facebook failed.

The lawsuit assumes that Facebook’s largest anti-competitive activity is an extensive buy-and-bury program, without even considering the impact of Facebook’s activities with the U.S. Patent and Trademark Office to evade innovative competitors’ patent rights. According to the list of the top PTAB parties by Unified Patents, Facebook, WhatsApp and Instagram have submitted a total of 216 petitions to the PTAB. Although there is some overlap in these petitions, Lex Machina reveals that Facebook, Instagram, and WhatsApp created a total of 138 PTAB petitions, 23% of which resulted in all contested claims being non-patentable.

Voxer: One of many innovative competitors targeted by Facebook

The FTC lawsuit even mentions smaller competitors who Facebook targeted at PTAB without ever referring to such lawsuits. The amended complaint notes that in January 2013 Facebook cut its application programming interfaces (API) from Voxer, a voice messaging mobile app, allegedly to prevent competition from that app. However, the FTC does not mention that Voxer was targeted in five petitions for interpartes review (IPR) by Facebook at the PTAB. Those intellectual property rights were all filed last year, long after Facebook allegedly banned its APIs from Voxer in 2013, but according to AIPLA’s 2019 Economic Report, the average cost of defending a single intellectual property through a complaint with the Federal Circuit is $ 451,000. The IPRs filed against Voxer all failed at the institutional stage, but the average cost of defending a single IPR by filing the petition is $ 114,000, an average cost that grows to $ 224,000 by the end of the filing practice. It can be safely assumed that Facebook blew Voxer to death for more than half a million dollars by filing IPR petitions that contained no meritorious claims, which was likely to be detrimental to Voxer’s business interests.

Facebook could just wait for an app designed for the platform to be widespread. then either create a competing app or take advantage of the retention benefits of this popular app, including valuable new social data for Facebook. (Emphasis added)

Once again, the FTC is temptingly close to realizing that much of the real problem that sustains Facebook’s monopoly is copying competitors, a big-tech business model known as efficient infringement. Time and again, the FTC notes that Facebook’s social media platform did not remain innovative in the early days of the mobile smartphone era, but the federal agency shows no understanding that this would also mean that “build”[ing] a “competing app” would inevitably mean that Facebook is copying competitors, which is evident from the company’s efforts to copy Snap.

Faced with these mounting successive failures, Facebook rightly feared its monopoly on personal social networks and its huge advertising profits would be threatened if a mobile-first competitor emerges and gains prominence by connecting users in innovative ways and taking advantage of the photo or messaging functions of cell phones. Such a newcomer could seriously jeopardize Facebook’s advertising profits. (Emphasis added)

Again, the FTC’s 80-page complaint doesn’t even mention Facebook’s efforts to eliminate its competitors’ intellectual property or even mention the word “patent”, despite all the indications that the FTC has recognized that smaller competitors are need some form of protection to keep their businesses innovative and compete on a level playing field.

It would be ridiculous for antitrust authorities to turn a blind eye to Big Tech’s patent extermination activities if it weren’t so frustrating. The Law Recently Introduced in Congress to Reduce Apple’s Anticompetitive App Store Practices? That would probably never have been necessary if Smartflash, the inventor of data storage and access systems, which were deliberately infringed in Apple’s App Store and whose patent rights were destroyed by Apple through questionable machinations at the PTAB, had respected his patent rights. Last December, ten attorneys general filed an antitrust lawsuit against Google targeting its anti-competitive practices in online search advertising. Google didn’t invent search advertising, but the internet giant used PTAB studies to undermine breakthrough patent claims in online search advertising owned by BE Tech. Earlier this month, BE Tech and inventor M. David Hoyle filed a Bivens lawsuit alleging that several former USPTO officials, including Google’s former Head of Patents and former USPTO director Michelle K. Lee, were tampering with proceedings at the PTAB named on behalf of Google were the agency’s biggest stakeholders.

Antitrust litigation can ultimately be successful in breaking big tech giants into smaller companies, but none of these efforts help the resulting markets allow smaller competitors to protect their innovations against incumbent entrants who are smaller but still have market caps have dwarfed small innovators and independent inventors. The sad truth is that Apple wouldn’t dominate app stores, Google wouldn’t dominate online search advertising, and Facebook wouldn’t dominate social media if the entire U.S. federal government hadn’t completely turned the patent system on its head in the past two Decades.

Steve Brachmann is a freelance journalist based in Buffalo, New York. He has been working as a freelancer for more than a decade. He writes about technology and innovation. His work has been published by The Buffalo News, The Hamburg Sun, USAToday.com, Chron.com, Motley Fool, and OpenLettersMonthly.com. Steve also provides website copy and documents for various business clients and is available for research projects and freelance work.