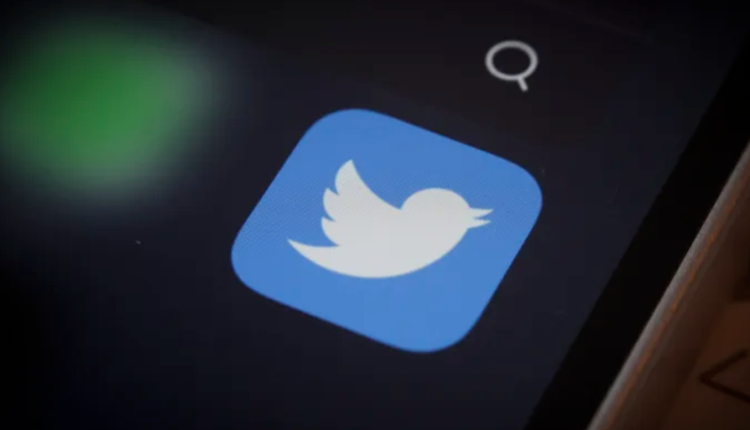 Following the conservative victory of Dobbs v. Jackson Women’s Health Organization, LGBTQ+ rights have taken the political spotlight. Even before Justice Clarence Thomas suggested that the right to same-sex marriage should be reexamined by the court in his concurring opinion, right-wing-aligned media outlets had begun an anti-LGBTQ+ marketing campaign centered around a single buzzword: “grooming.”

Following the passage of Florida’s “Parental Rights in Education Act,” a controversial piece of legislation that prohibits conversations on sexual orientation and gender identity in elementary school classrooms, Governor Ron DeSantis’ press secretary Christina Pushaw responded to critics on Twitter who dubbed the law a “Don’t Say Gay Bill,” saying it “would be more accurately described as an Anti-Grooming Bill.” Emboldened by the Florida legislature’s blatantly harmful language defending the law, anti-LGBTQ+ Tweets containing words like “groomer” increased by 406% over the next month, according to the Center for Countering Digital Hate.

Since March 2022, debates over the LGBTQ+ grooming rhetoric have blanketed US news headlines. It is clear American conservatives are trying to establish a correlation between “grooming” and “gay” as Republican candidates shape their political platforms before the upcoming midterm and presidential elections. These political buzzwords have proven to be remarkably successful in strategically and psychologically uniting conservative voters. For example, the term “grooming,” by definition, is the act by which a pedophile builds trust with a child with the intention of committing a sexual offense. Its use is so powerful because it directly targets the dominant proportion of voters aged 30–49 by appealing to the most basic instinctual duty of a parent—protecting an innocent child from predators—and incriminates the opposition by outrageous counts. The word’s extremely negative connotation incites disgust, guilt, and shame in an audience, regardless of when and how it is employed.

In a similar phenomenon, the word “woke” has gained popularity on social media, with its usage spiking following the murders of Michael Brown in 2014, George Floyd in 2020, and the subsequent mass media attention paid to the Black Lives Matter movement. The word’s original political meaning—being alert to social injustice—originates from 1960s Harlem street-slang responses to police brutality. Yet today, “woke” has been co-opted by major news outlets as a buzzword for left-leaning ideology, particularly on the topic of racial justice. Full-length news articles have been published surrounding the discourse of “woke’s” evolving meaning—headlines such as Fox News’ “What does ‘Woke’ mean?” face off against MSNBC’s “’Woke’ has been weaponized to label those fighting oppression the oppressors”—while support for the Black Lives Matter movement has dwindled from 52% in June 2020 to 44% in November 2021. In this new, fabricated context, the current usage of the word “woke” on both sides of the political spectrum effectively discredits the work of Black activists in the fight against systemic racism and draws the spotlight away from racial injustice in favor of a discussion on “political correctness.”

Since social media platforms allow for direct, unfiltered dialogue between lawmakers and citizens, consolidating political concepts into buzzwords like “grooming” and “wokeness” helps to effectively communicate complex subjects to a national audience. Given the constraints of a platform like Twitter, where users can tweet a maximum of 280 characters at a time, simplifying a social issue into a single word or phrase may even be a necessity to reach an audience, as social networking sites’ algorithms allow users to search a single word or phrase to easily find all posts captioned or categorized on the site accordingly. Similarly, hashtag movements, like #MeToo, foster online discourse by creating both a tagline and designated space to discuss a social issue.

To be heard over the noise of a social networking site, US conservatives have been strategic in maintaining a platform based on shock factor and outrage. These emerging buzzwords and their respective discourse are reaching a substantial audience: the Pew Research Center reports that 48% of Americans get their news “often” or “sometimes” from social media, and Meta itself admits that right-wing posts occupy Facebook’s top- 25 trending list more frequently than left-wing posts. #OkGroomer gained traction on social media apps among conservative groups following the passage of Florida’s law. Enough posts on a given topic or hashtag can lead to that topic “trending” on the app’s homepage, and thus the conversation receives more attention and more people contribute to it using the same keywords in hopes of gaining attention on the site. The reported 406% increase in anti-LGBTQ+ messaging on Twitter following Pushaw’s tweet is an example of this powerful snowball effect.

“… current usage of the word “woke” on both sides of the political spectrum online effectively discredits the work of Black activists in the fight against systemic racism and draws the spotlight away from racial injustice in favor of a discussion on ‘political correctness.”

Psychologically, this phenomenon can be attributed to the emotional appeal of conservative populist rhetoric. The ideological right succeeds by tapping into a population’s rage and shame during a time of crisis. Under a capitalist economic system, individuals must compete with everyone for the nation’s resources, and failure in this competition naturally breeds insecurity. Politicians exploit this deep shame and frustration for votes, as Donald Trump did successfully in 2016, consoling citizens by drawing the blame away from the individual and casting it on the advancing “competition”—typically defined as immigrants, women, and people of color.

Furthermore, conservative media excels at “framing” issues or exaggerating the scale of a perceived political problem to shape public opinion. For example, the usage of the phrase “open borders” to describe liberal immigration policy on the Mexican-US border hyperbolizes a perceived lack of border security. Hearing “open borders” creates an image of a border absent of border control officers and regulation—the worst case scenario for conservative immigration policy—and consequently provokes outrage, fear, and a call for government action to address the crisis. A common enemy is an effective unifier, and the right-aligned media has mastered the art of fear-based polarization.

As GOP candidates campaign for their 2022 midterm elections and 2024 presidency bids, these buzzwords continue to appear in the headlines—only now, they are quoted directly from political events, rather than the internet. Language builds an identity, and frustrated GOP voters crave representation of this new right-wing dialect in Congress. Republican candidates have adapted accordingly. From DeSantis’ August tirade against “woke ideology” in Pennsylvania to Ohio GOP House candidate JR Majewski calling for “no more grooming our children,” language that the GOP has carefully developed on the internet has emerged into the material world as full-fledged conservative jargon and a rallying cry to the polls. After the GOP divided itself over loyalty to Donald Trump and accepting the results of the 2020 election, conservatives have worked over the last two years to reunite both their party and their voters going into the 2022 midterm elections. With only a week remaining until election day, a red wave is steadily cresting—riding the power of the poetic license of the internet.