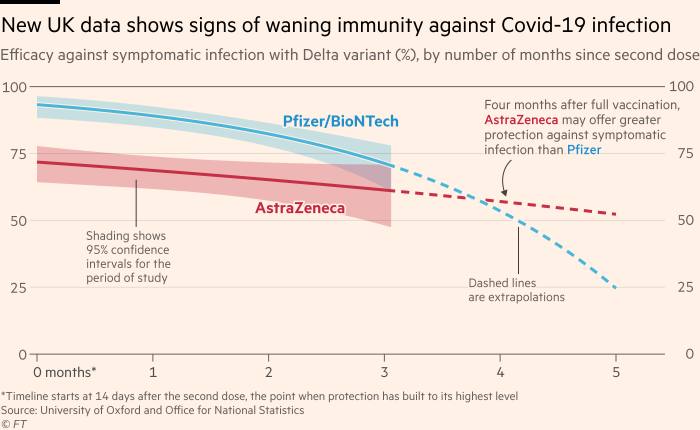 Subscribe to myFT Daily Digest to be the first to know about world news.

Good Morning. This article is an on-site version of our FirstFT newsletter. Sign up for our Asia, Europe / Africa or America edition to have it sent straight to your inbox every weekday morning. You can reach us at firstft@ft.com

The Afghan people are facing “grim” financial prospects, warned the former head of his central bank, warning that an acute dollar shortage and higher inflation will stimulate the outflow of migrants from the country.

Ajmal Ahmady, who fled Kabul on Sunday, told the Financial Times that Afghanistan had depended on bulk deliveries of dollar reserves from the US and was now running short, leading to higher food prices and capital controls.

“If you think that the situation at the airport is bad now, you will see large, large migration flows from Afghanistan in the medium term, and if Europe or other countries believe that they can stop that, then unfortunately you will” just can’t “, said he.

The Islamist group yesterday cracked down on the first public demonstration of dissent since it came to power. At least three people were reportedly killed when fighters forcibly dispersed people from an anti-Taliban protest while the US struggled to evacuate American citizens and their Afghan allies. Follow the latest on FT.com. (FT, Reuters)

More on the case of Afghanistan:

What questions do you have about the Taliban’s takeover? FT journalists can meet them in our upcoming webinar with US Defense Correspondent Katrina Manson, Editor for Asian Companies and Markets, Stephanie Findlay, and US Chief Executive Officer Peter Spiegel. Sign up here for The Fall of Afghanistan: What’s Next on August 25th. Thank you for reading. – Jennifer

Five more stories on the news

3. Brexit immigration rules blamed for chicken run British chicken producers say post-Brexit immigration restrictions are responsible for the staff shortage that has forced them to cut supplies, leading restaurants like KFC and Nando’s to cut menus and close outlets.

4. Exclusive: Lloyds Bank wants to be a British landlord According to internal documents, Lloyds Banking Group aims to become one of the UK’s largest landlords by purchasing 50,000 homes over the next 10 years.

5. Millions of data leaked from T-Mobile customers T-Mobile US “stole” the personal data of nearly 50 million people in the recent high-profile data breach in recent years. The wireless company said the “sophisticated cyber attack” resulted in the removal of personal information from its current, past and potential customers.

While injections of liquidity have been invaluable in preventing economic disaster over the past year, claims by central bankers that quantitative easing would boost GDP are less convincing, writes John Plender. Follow our live blog for the latest Coronavirus news and sign up for our Coronavirus Business Update newsletter.

FTC is about to expire on Facebook’s lawsuit To this day, the Federal Trade Commission has had to file an amended complaint in its Facebook antitrust lawsuit after a federal judge dismissed the complaint because the agency’s argument that Facebook had monopoly power over the social network market was “legally inadequate”.

Tesla AI day Elon Musk is expected to give a keynote at Tesla’s AI Day. The event comes days after the U.S. government opened an investigation into accidents involving the automaker’s driverless autopilot technology and U.S. senators called for an investigation into the company’s marketing practices.

What else we read

Interview: Germany’s Greens part with the Merkel era Annalena Baerbock, the Green candidate for chancellor, promised to crack down on China and Russia and to reform Europe’s fiscal rules if her party comes to power, marking a break with the policies of outgoing Chancellor Angela Merkel. Baerbock spoke to FT’s Erika Solomon in a rare interview with foreign media. 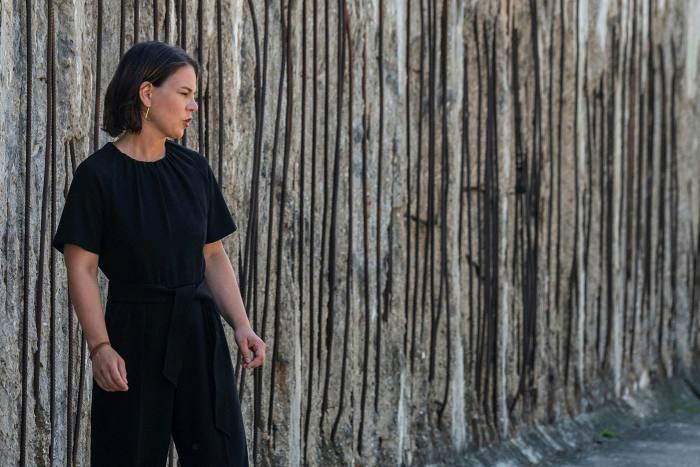 Annalena Baerbock: “The prosperity of this country was built on our industry, and if this success is to continue in the future, Germany must become climate neutral” © AFP via Getty Images

Electronic payments are driving Nigeria’s start-up boom The country’s economy may be struggling, but its fintech groups have attracted more than $ 1 billion in venture capital in the past two years. However, critics argue that the government has taken an awkward approach to the sector.

UK company’s “greenwashing” claims As consensus about the importance of environmental issues has grown, so has confusion about the claims to address them. Regulators need to keep an eye on dubious green statements and companies need to be careful, writes Helen Thomas.

Big Tech wants its people back where it can see them In the midst of a truly disruptive global trend, the biggest disruptors cling to tradition, writes Elaine Moore. According to the U.S. Postal Service, the number of people leaving the Bay Area is back to pre-pandemic levels. If given the opportunity, do you intend to work from home at least part of the time after the pandemic? Vote in our poll. 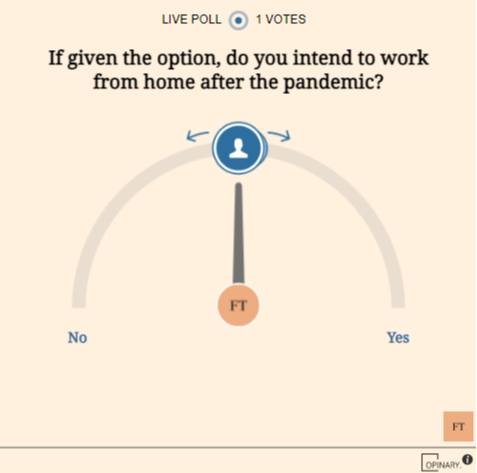 Political gestures vs gesture politics Statements can hardly be more than a gesture. Yanis Varoufakis’ call to Afghan women to “hold on, sisters!” Did not feel substantial. Still, some gestures can have real power and impact. For example, footballers who kneel before games are a strong reminder of the need for change, writes Jemima Kelly.

The balm of green water The right to navigate the UK’s waterways is controversial – but there is nothing suitable for a quiet, relaxing escape. Horatio Clare takes readers on a wild Welsh canoe tour.

Due diligence – Top stories from the world of corporate finance. Login here

How TikTok creators and types have nearly collaborated amid the pandemic