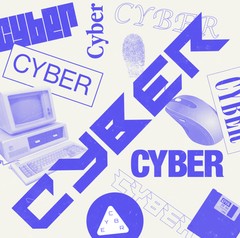 hacking disinformation. surveillance. CYBER is Motherboard’s podcast and reporting on the dark underbelly of the internet.

Facebook’s biggest strength is quickly becoming its largest headache. For years, Facebook has survived by tracking every little thing its users do and selling that on to everyone. But now a slew of regulations across the globe are looking to crack down on the social media site and, according to leaked documents, Facebook has no idea how to get compliant. Worse, the social media giant has no idea where any given piece of data goes once it enters its ecosystem.

On this episode of Cyber, we sit down with Motherboard Senior Staff Writer Lorenzo Franceschi-Bicchierai to talk about the regulation “tsunami” facing the social media site.

Stories discussed in this episode:

Facebook Doesn’t Know What It Does With Your Data, Or Where It Goes: Leaked Document

We’re recording CYBER live on Twitch. Watch live during the week. follow us there to get alerts when we go live. We take questions from the audience and yours might just end up on the show.

Subscribe to CYBER on Apple Podcasts or wherever you listen to your podcasts.

Sweeping, Restricted, or No Powers at All? What’s at Stake within the Masks Mandate Attraction