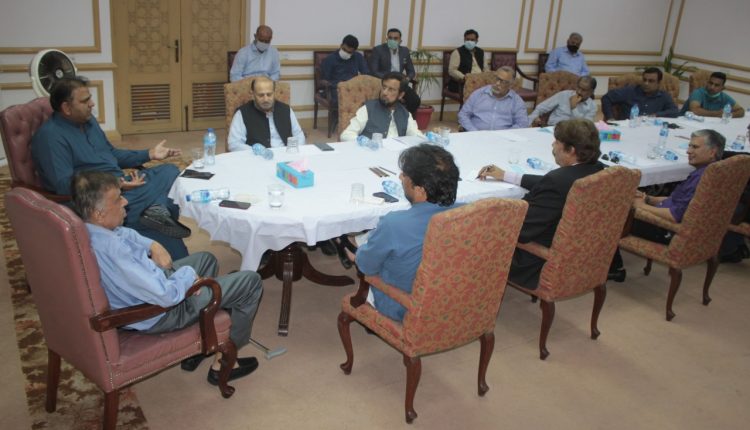 LAHORE – The Minister for Information and Broadcasting, Fawad Chaudhry, openly distanced the PTI government on Saturday from the proposed ordinance by the Pakistani Media Development Agency (PMDA), calling it “fake news”.

The Newspaper Editors’ Council (CPNE) arranged a meeting with the Minister of Information to register his protest against the copy of the PMDA regulation being circulated on social media and for further clarification on the government’s plan to legislate the regulate the pressure, electronic and social media.

Fawad Chaudhry made it clear to members of the CPNE that the PMDA regulation spread on social media was “fake news” and that the Pakistani government Tehreek-e-Insaf (PTI) had nothing to do with it.

“PTI is itself a direct beneficiary of free and vibrant media and is a firm believer in media freedom. Therefore, no law threatening the freedom of the press would be passed. But let me also tell you that media regulation is necessary, ”he said.

However, he added that without the input of all media stakeholders, no proposal or legislation on regulation would be finalized. He assured everyone present that there was no consensus among all those involved; no recommendation would go forward and become law.

“We will also look at changing or improving existing laws regulating media,” he added.

On that occasion, Editor Pakistan Today and President CPNE Arif Nizami endorsed the views of the Minister of Information, saying that freedom of the press in the country has been achieved through years of struggle by the journalist community and any threats will be countered.

He welcomed the Minister of Information’s invitation to all relevant stakeholders to become part of the law-making process and hoped that the proposed regulation would not trample on freedom of expression and expression.