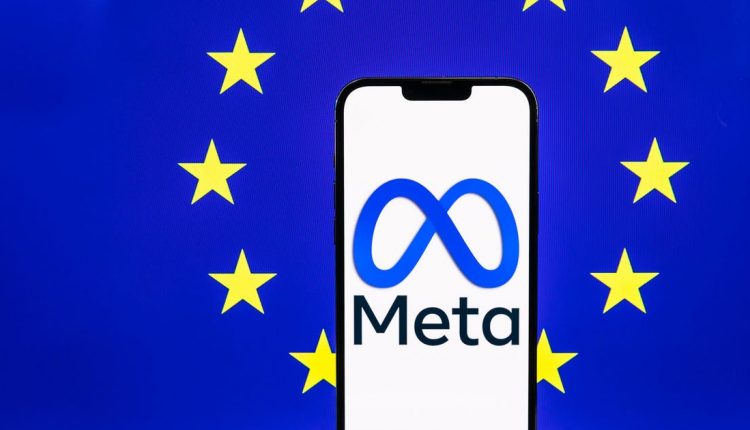 The European Commission is expected to target Facebook parent Meta, Google, Twitter, Microsoft and TikTok on Thursday with new measures to tackle forms of disinformation, including deepfakes and fake accounts, according to reports from Reuters and the Financial Times. Companies that fail to adhere to the updated regulation could reportedly face hefty fines.

The updated version of the EU’s anti-disinformation code will reportedly have tech and social media companies share key data with individual countries to help combat disinformation. An updated “code of practice on disinformation” will require tech companies to disclose how harmful content is being removed and blocked. It will also reportedly more clearly lay out examples of harmful content such as deepfakes, which are video forgeries that make people appear to do or say things they never did.

The voluntary code was first introduced in 2018, but will become a co-regulation scheme, according to Reuters. Both regulators and signatories will reportedly share responsibility. There will be 30 signatories, including big tech companies and civil society groups, according to the Financial Times.

Social media and online tech companies will also reportedly need to do a better job of informing the public on factual sources. This includes developing tools and partnerships with fact-checkers to push back against “harmful disinformation,” which may include removing propaganda and adding “indicators of trustworthiness” on independently verified information, according to the Financial Times.

The code will be enforced through the Digital Services Act of 2022, a landmark piece of legislation aimed at rein in Big Tech. Companies that break the code could reportedly face fines of up to 6% of their global revenue. Considering companies such as Google parent Alphabet and Meta brought in $257 billion and $117.93 billion in 2021, respectively, 6% would amount to a hefty chunk.

Tech companies can’t provide a blanket fix for all of Europe, but instead must show, country by country, how they’re fighting disinformation.

“We know disinformation is different in every country, and the big platforms will now have to provide meaningful data that would allow [us] to better understand the situation on the country level,” said Věra Jourová, the EU’s vice president for values ​​and transparency, in a statement to the Financial Times. Jourová added that Russian propaganda following the was in Ukraine shaped the updated anti-disinformation code.

New EU measures come as governments around the world stand up to take on the influence of Big Tech. The US Department of Justice filed on antitrust lawsuit against Google and is working on a subsequent investigation. The US Senate is on track to bring to the floor the American Innovation and Choice Act to curb the influence of Amazon, Apple and Google in digital and e-commerce marketplaces.