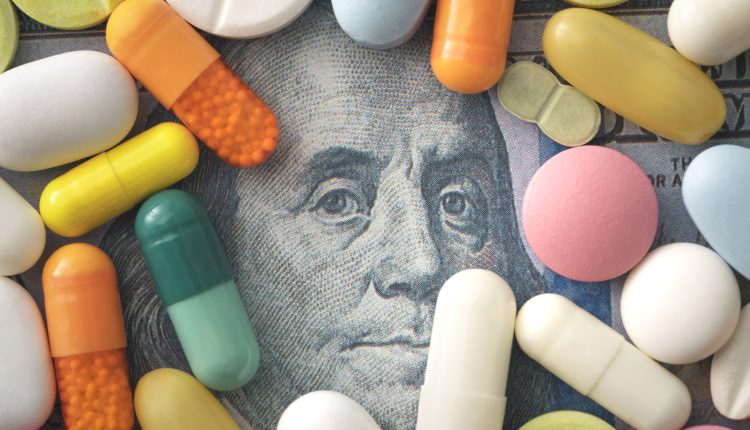 
Anna Sutton was shocked when she received a letter from her husband’s job-based health plan stating that Humira, an expensive drug used to treat her daughter’s juvenile arthritis, was now on a long list of medications considered “nonessential benefits.”

The July 2021 letter said the family could either participate in a new effort overseen by a company called SaveOnSP and get the drug free of charge or be saddled with a monthly copayment that could top $1,000.

“It really gave us no choice,” said Sutton, of Woodinville, Washington. She added that “every single FDA-approved medication for juvenile arthritis” was on the list of nonessential benefits.

Sutton had unwittingly become part of a strategy that employers are using to deal with the high cost of drugs prescribed to treat conditions such as arthritis, psoriasis, cancer, and hemophilia.

Those employers are tapping into dollars provided through programs they have previously criticized: patient financial assistance initiatives set up by drugmakers, which some benefit managers have complained encourage patients to stay on expensive brand-name drugs when less expensive options might be available.

Now, though, employers, or the vendors and insurers they hire specifically to oversee such efforts, are seeking that money to offset their own costs. Drugmakers object, saying the money was intended primarily for patients. But some benefit brokers and companies like SaveOnSP say they can help trim employers’ spending on insurance — which, they say, could be the difference between an employer offering coverage to workers or not.

It’s the latest twist in a long-running dispute between the drug industry and insurers over which group is more to blame for rising costs to patients. And patients are, again, caught in the middle.

Patient advocates say the term “nonessential” stresses patients out even though it doesn’t mean the drugs — often called “specialty” drugs because of their high prices or the way they are made — are unnecessary.

Some advocates fear the new strategies could be “a way to weed out those with costly health care needs,” said Rachel Klein, deputy executive director of the AIDS Institute, a nonprofit advocacy group. Workers who rely on the drugs may feel pressured to change insurers or jobs, Klein said.

Two versions of the new strategy are in play. Both are used mainly by self-insured employers that hire vendors, like SaveOnSP, which then work with the employers’ pharmacy benefit managers, such as Express Scripts/Cigna, to implement the strategy. There are also smaller vendors, like SHARx and Payer Matrix, some of which work directly with employers.

In one approach, insurers or employers continue to cover the drugs but designate them as “nonessential,” which allows the health plans to bypass annual limits set by the Affordable Care Act on how much patients can pay in out-of-pocket costs for drugs. The employer or hired vendor then raises the copay required of the worker, often sharply, but offers to substantially cut or eliminate that copay if the patient participates in the new effort. Workers who agree enroll in drugmaker financial assistance programs meant to cover the drug copays, and the vendor monitoring the effort aims to capture the maximum amount the drugmaker provides annually, according to a lawsuit filed in May by drugmaker Johnson & Johnson against SaveOnSP, which is based in Elma, New York.

The employer must still cover part of the cost of the drug, but the amount is reduced by the amount of copay assistance that is accessed. That assistance can vary widely and be as much as $20,000 a year for some drugs.

In the other approach, employers don’t bother naming drugs nonessential; they simply drop coverage for specific drugs or classes of drugs. Then, the outside vendor helps patients provide the financial and other information needed to apply for free medication from drugmakers through charity programs intended for uninsured patients.

“We’re seeing it in every state at this point,” said Becky Burns, chief operating officer and chief financial officer at the Bleeding and Clotting Disorders Institute in Peoria, Illinois, a federally funded hemophilia treatment center.

The strategies are mostly being used in self-insured employer health plans, which are governed by federal laws that give broad flexibility to employers in designing health benefits.

Still, some patient advocates say these programs can lead to delays for patients in accessing medications while applications are processed — and sometimes unexpected bills for consumers.

“We have patients get billed after they max out their assistance,” said Kollet Koulianos, vice president of payer relations at the National Hemophilia Foundation. Once she gets involved, vendors often claim the bills were sent in error, she said.

Even though only about 2% of the workforce needs the drugs, which can cost thousands of dollars a dose, they can lead to a hefty financial liability for self-insured employers, said Drew Mann, a benefits consultant in Knoxville, Tennessee, whose clientele includes employers that use variations of these programs.

Before employer health plans took advantage of such assistance, patients often signed up for these programs on their own, receiving coupons that covered their share of the drug’s cost. In that circumstance, drugmakers often paid less than they do under the new employer schemes because a patient’s out-of-pocket costs were capped at lower amounts.

Brokers and the CEOs of firms offering the new programs say that in most cases patients continue to get their drugs, often with little or no out-of-pocket costs.

If workers do not qualify for charity because their income is too high, or for another reason, the employer might make an exception and pay the claim or look for an alternative solution, Mann said. Patient groups noted that some specialty drugs may not have any alternatives.

How this practice will play out in the long run remains uncertain. Drugmakers offer both copay assistance and charity care in part because they know many patients, even those with insurance, cannot afford their products. The programs are also good public relations and a tax write-off. But the new emphasis by some employers on maximizing the amount they or their insurers can collect from the programs could cause some drugmakers to take issue with the new strategies or even reconsider their programs.

“Even though our client, like most manufacturers, provides billions in discounts and rebates to health insurers as part of their negotiations, the insurers also want this additional pool of funds, which is meant to help people who can’t meet the copay,” said Harry Sandick, a lawyer representing J&J.

J&J’s lawsuit, filed in U.S. District Court in New Jersey, alleges that patients are “coerced” into participating in copay assistance programs after their drugs are deemed “nonessential” and therefore are “no longer subject to the ACA’s annual out-of-pocket maximum.”

Once patients enroll, the money from the drugmaker goes to the insurer or employer plan, with SaveOnSP retaining 25%, according to the lawsuit. It claims J&J has lost $100 million to these efforts.

None of that money counts toward patients’ deductibles or out-of-pocket maximums for the year.

In addition to the lawsuit over the copay assistance program efforts, there has been other reaction to the new employer strategies. In an October letter to physicians, the Johnson & Johnson Patient Assistance Foundation, a separate entity, said it will no longer offer free medications to patients with insurance starting in January, citing the rise of such “alternative funding programs.”

Still, J&J spokesperson L.D. Platt said the drugmaker has plans, also in January, to roll out other assistance to patients who may be “underinsured” so they won’t be affected by the foundation’s decision.

In a statement, SaveOnSP said that employers object to drug companies’ “using their employees’ ongoing need for these drugs as an excuse to keep hiking the drugs’ prices” and that the firm simply “advises these employers on how to fight back against rising prices while getting employees the drugs they need at no cost to the employees.”

In a court filing, SaveOnSP said drugmakers have another option if they don’t like efforts by insurers and employers to max out what they can get from the programs: reduce the amount of assistance available. J&J, the filing said, did just that when it recently cut its allotted amount of copay assistance for psoriasis drugs Stelara and Tremfya from $20,000 to $6,000 per participant annually. The filing noted that SaveOnSP participants would still have no copay for those drugs.

For Sutton’s part, her family did participate in the program offered through her husband’s work-based insurance plan, agreeing to have SaveOnSP monitor their enrollment and payments from the drugmaker.

So far, her 15-year-old daughter has continued to get Humira, and she has not been billed a copay.

Even so, “the whole process seems kind of slimy to me,” she said. “The patients are caught in the middle between the drug industry and the insurance industry, each trying to get as much money as possible out of the other.”

BREAKING: Monetary Instances Studies UK Authorities Has Finalized Plans for Regulation of the … – Newest Tweet by The Spectator Index