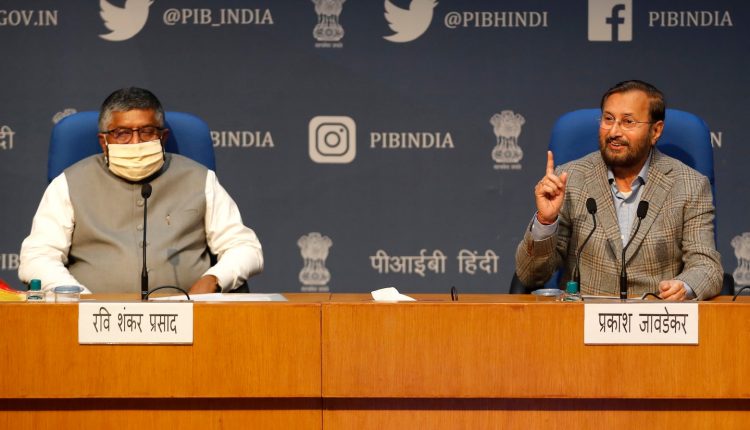 Elon Musk’s controversial vow to restore free speech to Twitter is likely to be complicated to implement in the United States. But it could create even bigger problems abroad in places such as India.

Musk has said he wants to remove many of the rules that currently govern the social media site to allow for a more diverse conversation, including eliminating the ban of former president Donald Trump.”My preference is to hew close to the laws of countries in which Twitter operates,” Musk tweeted last week.

Already, some critics warn that approach is overly simplistic, likely prompting increased misuse of the site. And following the government’s lead on free speech would open up Twitter to political manipulation, which it has struggled — sometimes unsuccessfully — to resist in countries including India.

With an estimated 38.6 million users, India represents Twitter’s fourth-largest market, according to 2021 estimates from market research firm Insider Intelligence, making it a significant source of potential growth. Meanwhile, India’s right-leaning government has wielded its regulatory power to pressure Twitter to take down posts spreading messages from its critics while staying silent on bigotry rippling across the site.

Elon Musk, Twitter and the quest to save life on earth

“Billionaires like Musk and [Facebook’s Mark] Zuckerberg, who live in an extremely privileged bubble, clearly do not understand how governments work in countries that are not First World,” said Pratik Sinha, the founder of Alt News, at an Indian nonprofit fact-checking website. Silicon Valley executives do not fully grasp how authoritarian governments seek to squelch online dissent, or how unregulated social media discourse can stoke hate and mob violence, he added.

Technology regulation experts have said any plan to lower the bar on Twitter’s rules to be more influenced by local governments rather than by a higher standard it applies globally could have unintended consequences, particularly in countries where the government and powerful people frequently push social media giants to eliminate content they don’t like. Historically, countries including Russia, South Korea, India and Turkey most consistently ask Twitter to take content down. If Twitter complies with those requests, the company may actually silence vulnerable voices in those regions and stunt the social media giant’s ability to facilitate social and political change.

In India, tech platforms such as Twitter are already facing tough decisions about how to weigh supporting free expression against protecting minority communities in a nation rife with fierce — and sometimes violent — cultural divisions.

“We’re facing unprecedented challenges as governments around the world increasingly attempt to intervene and remove content. This threat to privacy and freedom of expression is a deeply worrying trend that requires our full attention,” said Sinéad McSweeney, Twitter’s Vice President of global public policy and philanthropy, in a press release accompanying the company’s transparency report.

Twitter says that it withholds content if it receives ”a valid and properly scoped request from an authorized entry” from certain countries. “Such withholdings will be limited to the specific jurisdiction that has issued the valid legal demand or where the content has been found to violate local law(s),” the company added.

Rajeev Chandrasekhar, the Indian minister of state for information technology which overseas tech companies, said in a statement that the regulatory body’s “goals and expectations of accountability and safety and trust of all intermediaries operating in India remain unchanged, regardless of who owns the platforms. ”

How a billionaires boys’ club came to dominate the public square

Musk, who is CEO of electric vehicle manufacturer Tesla and rocket company SpaceX, agreed to acquire Twitter for $44 billion late last month, although some of his public statements in recent days have cast doubt on the deal’s viability. Even before the deal was inked, however, the world’s richest man was positioning himself as a champion of free speech.

“I think it’s very important for there to be an inclusive arena for free speech,” Musk said during a TED conference interview last month. “Twitter has become kind of the de facto town square, so it’s just really important that people have both the reality and the perception that they are able to speak freely within the bounds of the law.”

Critics quickly pounced on Musk’s comments, noting that it is difficult for social media giants to write content moderation rules that can be applied fairly to a global audience when the real-world effects of those rules can vary wildly from nation to nation. In the United States, speech is less restricted.

Social media companies like Twitter play a difficult balancing act in choosing how much to cater to the laws of authoritarian or otherwise repressive regimes, some of whom ban or censor political rivals or other dissidents. They also have their own rules that apply globally.

Between January and June 2021, the most recent period available, Twitter received 43,387 legal demands to remove content globally, covering some 196,878 accounts — the largest increase since it first started releasing reports on such requests in 2012.

About 95 percent of those requests originated in five countries: Japan, Russia, Turkey, India and South Korea. Twitter complied with a little more than half of the overall requests during that period, the report said.

These types of requests can stunt the ability of people to use social media platforms to facilitate social and political change, experts say.

Maximizing free expression also means dealing with some harms, said David Kaye, a law professor at the University of California at Irvine and a former United Nations Special Rapporteur on the promotion and protection of the right to freedom of opinion and expression. “There’s a lot of authoritarian governments that couldn’t care less about these nice norms.”

Twitter lags behind its rivals. Here’s why Elon Musk bought it anyway

The change in ownership could have far-reaching effects, in particular in India, a country of 1.3 billion people led by Narendra Modi, the social-media-savvy prime minister and leader of the Bharatiya Janata Party (BJP). Known as a Hindu nationalist, Modi has emphasized India’s Hindu history and traditions since rising to power. Meanwhile, BJP politicians have introduced a spate of rules that target the dress, commerce and marriage practices of India’s Muslim minority.

Modi, whose more than 78 million Twitter followers put him in the top 10 most popular accounts on the site, frequently uses Twitter to project an image of supporting inclusivity in front of an international audience, while his political allies use it to spread derogatory remarks about Muslims.

Indian human rights advocates have been warning about a rising level of anti-Islamic rhetoric online that has coincided with violent crackdowns against the Muslim community in the country.

Twitter has an economic incentive to be careful about how it moderates content in India. It’s one of its biggest markets, and the company has been tasked with growing its global user base.

But India is also one of a handful of countries that has been increasingly using regulatory tools to crack down on social media posts and accounts the government doesn’t like. Last year, India passed laws that, among other things, required social media companies including Twitter to appoint a “grievance officer” who would receive and respond to takedown orders or requests for information from authorities within 24 hours.

Many Indian right-wing figures cheered the prospect of Musk taking over a San Francisco-based company they have criticized as having a liberal bias, much like in the United States. After news of Musk’s ownership of Twitter spread, some called for Kangana Ranaut, an Indian right-wing celebrity who had been banned from Twitter for spreading hate speech, to be reinstated.

“The only people who are having a meltdown [about the Musk deal] are the whiny cancel-culture-type snowflakes, who preach freedom of expression but practice censorship,” said Shefali Vaidya, a right-wing columnist and self-described social media influencer who frequently updates her 670,000 Twitter followers about crimes allegedly perpetrated by Muslims on Hindus across India. “The left is perfectly fine with disinformation, as long as it is their disinformation.”

Human rights groups and activists say the coronavirus pandemic has paved the way for a dangerous level of bigotry in India against Muslims. As early as March 2020, the hashtag #Quranovirus started appearing on social media in India, along with #BanTheBook, referring to banning the Quran, the holy book of Islam, according to research from the anti-hate group Equality Labs. Another hashtag that surfaced on social media was #coronajihad, which equated Muslims with the virus and labeled them bioterrorists, the research found.

“Without Twitter as like the striking point, you won’t see things hit virality in the same way,” said the head of the advocacy group for South Asian civil rights. “That’s why I’m very concerned about the fact that Elon Musk might be reversing moderation standards.”

How Facebook neglected the rest of the world, fueling hate speech and violence in India

In February, after an Indian court sentenced 38 people to death over their roles in a 2008 bombing attack in Gujarat, the BJP tweeted a cartoon of bearded men in Muslim skullcaps hanging from nooses.

“No forgiveness for those spreading terrorism,” the party said in its tweet, which was removed by Twitter for an unspecified reason after attracting widespread complaints it was offensive.

Tensions between Modi’s government and Twitter came to a head last year, when farmers staged huge protests in New Delhi against new laws aimed at deregulating agriculture, which they said threatened their livelihoods. Officials pressured Twitter to block hundreds of accounts, and Twitter refused to block some of them. In response, Indian officials threatened to jail Twitter’s executives for defying government orders.

Later that year, Twitter was more compliant with the government’s demands. The company blocked 52 tweets from prominent public figures, many of whom were discussing the scale of the pandemic, which at that point had claimed thousands of lives in India.

In one case, an opposition party leader argued that people in India would “never forgive” Modi “for underplaying the corona situation in the country and letting so many people die due to mismanagement.” In another instance, Twitter blocked Indian users from seeing images from a Reuters photographer showing packed hospitals, grieving loved ones and a busy cremation site.

Weeks later, police officers went to Twitter’s offices in India after the company applied a “manipulated media” label to tweets by the ruling party. Twitter said at the time that it was concerned by the recent events and “the potential threat to freedom of expression for the people we serve.”

Nikhil Pahwa, an activist and the founder of the technology policy website Medianama.com, said he did not expect Musk to challenge the Indian government on its requests to take down content and feared that Twitter might be less proactive about blocking hate speech.

“Twitter under the pre-Musk era had begun to be more active in addressing online harassment and hate speech,” he said. “I’m afraid under Musk, the hate speech we see will be allowed to fester and grow — and that’s not something the government will want to shut down.”

Joseph Menn contributed to this report.