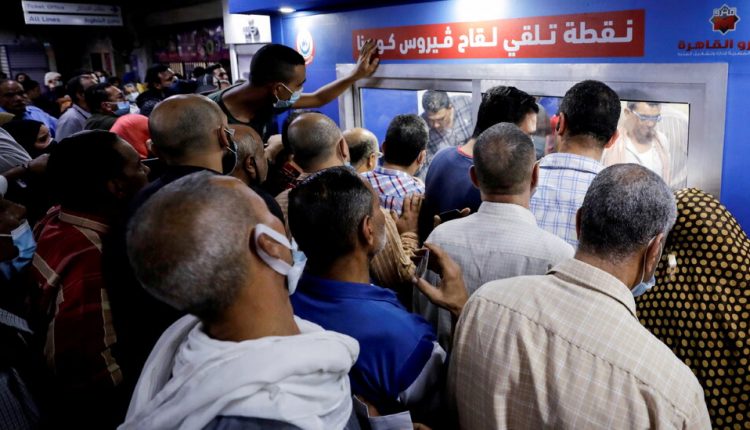 Egypt is about to pass a law that would allow people to be prosecuted for posting what is considered fake news during an epidemic, an alleged attempt to control disinformation in the coronavirus era. However, critics fear that the law could instead be used to repress those who question government policies during a public health crisis.

The law is awaiting ratification by President Abdel Fattah el-Sisi, a mere formality as he has overwhelming support in Parliament, which approved the bill on Tuesday. It grants the Prime Minister exceptional powers to deal with epidemics and pandemics and enables the prosecution of anyone who violates a government-imposed regulation or mandate to deal with such a crisis.

It would imprison up to one year in prison and a fine of around US $ 635 as a penalty for “anyone who intentionally publishes or spreads false news or tendentious rumors about an epidemic situation with the aim of disrupting public safety or panic to spread among the people, “arrest people.” Only journalists would be exempt from prosecution under the law.

That would result in everyone else – including health workers, researchers, and millions of social media users – being jailed in what has been criticized as a violation of the constitution that prohibits prison terms for publication.

Proponents of the bill said the pandemic demonstrated the need for a determined response to the spread of disinformation at critical times.

“Some women have refused the vaccination because they warned on Facebook that it is dangerous for women who want to get pregnant within a year,” said lawmaker Ayman Abol Ela in a television interview. “This is an immediate threat to national security.”

However, critics said the prison sentences are primarily used to control the expressions of dissent on social media in a country where security services have a tight grip on traditional media and public spaces and where the authorities often see any opposition as a threat see. Doctors, journalists and social media users have been prosecuted for spreading false news after criticizing the government’s handling of the pandemic or questioning the reported number of infections on social media.

“The reality is that hundreds have been thrown behind bars for social media posts and fake news has not stopped,” said Khaled Elbalshy, an Egyptian journalist. “Rumors thrive in an environment where the truth is withheld. Fake news and rumors are combated by maintaining freedom of information, not by imprisonment. “

The move in law comes weeks after prosecutors opened a mysterious, high-profile investigation at the Ministry of Health. Prosecutors announced last month that some health officials had been interviewed on allegations that have yet to be detailed. Health Minister Hala Zayed was on sick leave at the time of the announcement after allegedly hospitalized for a heart attack. Local news media reports that the investigation included allegations of corruption have been discontinued.

Under the new legislation, the prime minister would also have the power to enforce bans, impose vaccine mandates, ban demonstrations, suspend court hearings, close places of worship and cap the prices of goods and private health services.

The bill would give the country’s top officials many powers that were previously only granted to them in a state of emergency. Egypt lifted the four-year state of emergency last month, but was quick to pass laws granting similar powers to the government and the military, casting doubts about the country’s seriousness in easing a ruthless crackdown on dissent that puts its human rights record under international scrutiny Has.

Egypt is facing a fourth wave of Covid, on top of the 345,848 cases and 19,636 deaths the government has reported since the pandemic began, although the actual numbers are believed to be much higher.