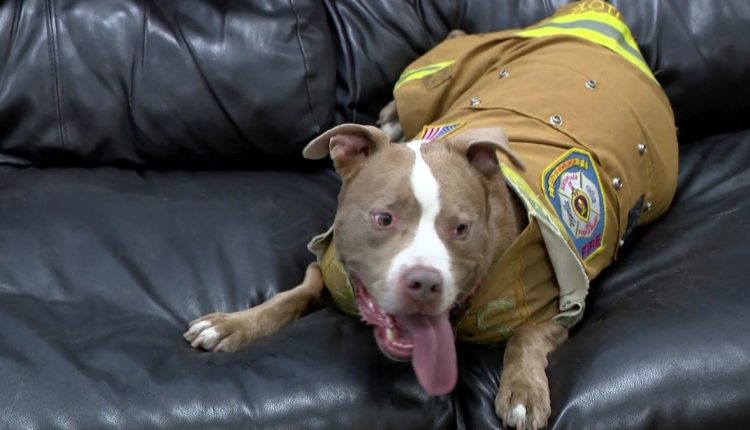 An Orange County rescue dog turned fire dog has now written a book about him – after the popular pooch became an internet sensation last year.

Nick, the Newburgh Firedog, isn’t just one of the guys on the town fire department, he’s also an internet sensation on TikTok.

He owes his fame to Assistant Chief Tim Dexter, who posted Nick on TikTok last year, which received 86,000 views – and who gave Dexter the idea to write a children’s book about him.

Nick’s story began in 2016 when firefighters found him – ironically, tied to a fire hydrant.

“He was just really nice and got along with all the firefighters. In the end, he stayed here forever,” says Dexter.

He’s known locally, but the book could take his fame to the next level.

“People love animals. He’s a pit bull who generally gets a bad rap and the worst thing he’ll do is lick you to death, ”says Dexter.

The real story of Nick the Firedog is available on Amazon.