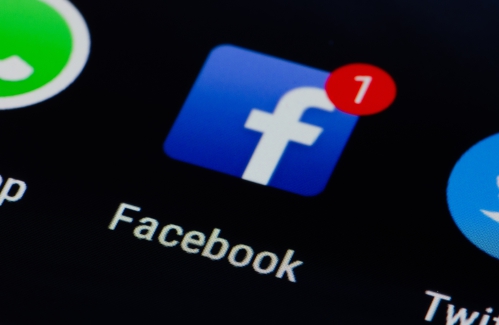 Digital disconnect and social media’s influence on psychological well being

In 2015, Sherry Turkle, social scientist and licensed psychologist, wrote a bestseller entitled “Reclaiming Conversation: The Power Of Talk In a Digital Age” about how devices like smartphones are replacing personal interactions.

This book was published years after Facebook and other platforms began not only to replace conversation but also to increase the amount of time people spend online.

Smartphones have become such a big part of our lives that even kids and teens have them. There is no question that these devices serve an emergency and security purpose, but the addictive nature of smartphones, especially for children and young adults, is different, as the work of Jonathan Haidt and Jean Twenge shows.

Both social psychologists have written about the increasing use of digital devices and the mental health of adolescents. The increase in loneliness, depression, and suicidality prompted her to continue research. They found that the majority of Americans bought smartphones because teenagers’ mental health deteriorated. They reported that two-thirds of teens owned these devices by 2015, and depression had nearly doubled by 2019.

But it wasn’t just the increasing ownership and use of smartphones that was worrying. In the years before 2015 there was another development in the digital world. Social media platforms like Facebook, Snapchat and Instagram have become more aggressive and successful in luring all people, especially young people, to their websites through algorithms and other “engagement” tricks.

Recent data from Facebook’s own research has shown that the clinical symptoms of suicidality and depression are linked to social media use, particularly by teenage girls and young women. Experts have called it “compare and despair,” and the specific disorder reflected in the data is eating disorders.

Social media have become an integral part of our everyday lives. The vast majority of people in the US and around the world rely on digital media as compared to traditional media. The accelerated electronic exchange of knowledge and information on a wide variety of topics has certainly been invaluable.

The big platforms dominate, but many online communities have emerged in the past decade that have had positive, not negative, outcomes. The formation of small groups and communities that are directed and controlled from within has not experienced the anger and argument that tends to emerge on certain platforms such as Twitter.

I think it’s fair to say that the bigger platforms know what can be done to reduce the risk. However, it goes against their business models to reduce device usage. Platforms could also improve in the area of ​​age and identity verification. In the absence of these kind of improvements, suffice it to say that social media stays here to stick with the big platforms that recognize that federal regulators need more regulation in some ways.

While smartphone and social media use can be addicting for many of us, a major concern is what and how the biggest platforms attract, embed, and impact the lives of our next generation. So what can we do to protect the most vulnerable age groups and those at clinical risk? Here are suggestions from experts that start with all device users taking responsibility for their actions.

The most basic guide is to reduce the time we spend on our smartphones, which goes against the user feeds and algorithms designed to keep us all occupied. For parents, this means working to keep children away from their devices for longer periods of time. Parents should limit their use of devices in the evening, especially as bedtime approaches, as experts suggest that if their use disrupts sleep, there can be permanent negative effects.

While all of this can be challenging in the face of “fear of missing out”, the initial delay in children’s access to social media reduces the risks of being online. Unfortunately, children 10+ who pretend to be older can sometimes open accounts due to the poor detection methods used by the major platforms.

No question about it, at the beginning of a new 2022, the proverbial social media train left the station. Now is the time for individuals, technology companies, and the government to take action to protect vulnerable groups from the harmful effects of social media. This certainly leads to a stronger, safer and more successful young generation and society.

(Vic Topo is President and CEO of the Center for Life Management in Derry.)