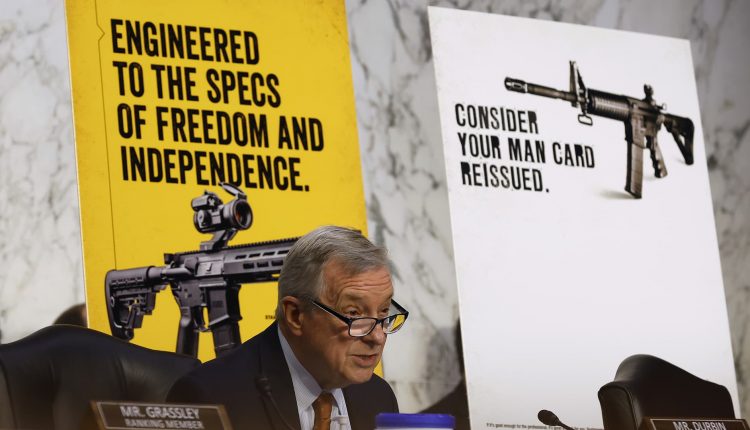 On Wed., July 27, the House Committee on Oversight and Reform is holding a hearing with the CEOs of firearm manufacturers Daniel Defense, Smith & Wesson and Sturm, Ruger & Co. on the topic of gun violence in America, with a special focus on the sales and marketing of assault rifles.

The hearing comes amid the resurging debate over restrictions on guns following the mass shootings in Uvalde, Texas, and Buffalo, New York, and most recently, in Highland Park, Illinois.

While the debate usually tends to focus on firearm production, distribution and consumerism as avenues for intervention, it seems like some of that attention may be going to marketing now.

Although there is no federal regulation on how guns are advertised, many top media companies have strict policies against ads that promote or sell weapons. Yet firearm companies and influencers are able to post some content across social media.

Advocates for stricter firearm laws believe limiting the marketing of assault weapons could translate to fewer gun-related deaths. Should the US take a bigger stance on regulating them?

Watch the video to find out more.