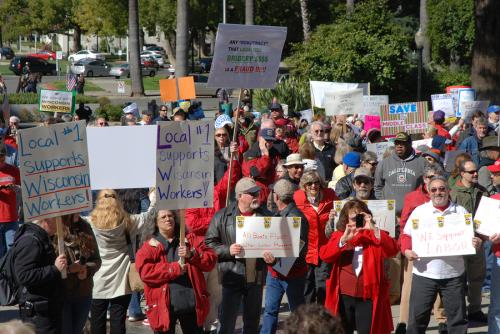 Recently, the Connecticut General Assembly sent Public Act No. 22-24 (Substitute Senate Bill No. 163), “An Act Protecting Employee Freedom of Speech and Conscience,” to Governor Ned Lamont’s desk for signature. It is unclear what action the governor plans to take in relation to the law.

If enacted, effective July 1, 2022, the law will amend Connecticut’s employee free speech statute, Conn. Gen. Stat. Section 31-51q, significantly limiting an employer’s ability to speak directly with its employees. Most notably, the law makes it unlawful for employers to require employees to attend meetings to discuss “political matters,” a term that includes “the decision to join or support any … labor organization.” This provision is intended to outlaw what organized labor often refers to as “captive audience meetings,” where employers educate employees about their rights under the National Labor Relations Act (NLRA), often in connection with union campaigns.

The law also expands the parameters under which a civil action may be commenced. Under Section 31-51q, employees may sue for damages when they are subject to “discipline or discharge” for exercising free speech rights under the First Amendment of the US Constitution and the Connecticut equivalent—subject to certain exceptions. The amendments expand that right of action, permitting a civil action upon the “threat” of discipline or discharge, apparently even if those threats do not result in an adverse employment action.

The War on Captive Audience Meetings

Under the NLRA, employees have the right to form, join, and assist unions, and to bargain collectively with their employers. The NLRA also prohibits employers from interfering with, restraining, or coercing employees in their exercise of these rights.

For more than seventy years, the National Labor Relations Board (NLRB) has recognized that employers have the right under the NLRA to require their employees to attend meetings to discuss their statutory rights, including the right of employees to refrain from forming unions. These meetings often include education on the union election process, the legal implications of forming a union, and a discussion of how recognizing a union can impact the exchange of information and ideas between the employer and the employee. These meetings arguably allow employers to tell their side of the story, share factual information with employees about their rights under the NLRA, and balance arguments advanced by organized labor during campaign efforts. Throughout the years, the NLRB has issued decisions clarifying what an employer is permitted to discuss during these meetings, including prohibitions against engaging in improper threatening or coercive speech in violation of the NLRA.

In late July 2021, the US Senate confirmed Jennifer Abruzzo as the general counsel of the NLRB. The vote was 51-50, with Vice President Kamala Harris casting the tie-breaking vote. Abruzzo was previously special counsel for strategic initiatives for the Communications Workers of America, the largest media and communications union in the United States. She had also held various positions within the NLRB. Since assuming her current position, Abruzzo has been a vocal proponent of expanding the rights of organized labor.

On April 7, 2022, Abruzzo issued Memorandum GC 22-04, entitled “The Right to Refrain from Captive Audience and other Mandatory Meetings.” In this memo, Abruzzo took the position that “the [NLRB] years ago incorrectly concluded that an employer does not violate the [NLRA] by compelling its employees to attend meetings in which it makes speeches urging them to reject union representation.” She also stated in the memo that “[f]orcing to employees listen to such employer speech under threat of discipline … plainly chills employees’ protected right to refrain from listening to this speech in violation of Section 8(a)(1) [of the NLRA].” In accordance with Abruzzo’s memo, the NLRB’s regional offices have begun issuing complaints against employers for holding mandatory meetings to discuss unionization with employees.

Overview of the Legislation

In several ways, Connecticut’s amendments accord with arguments advanced by Abruzzo in Memorandum GC 22-04. Public Act No. 22-24 generally prohibits employers from subjecting, or threatening to subject, employees to “discipline or discharge” for the following conduct:

The law allows employees to sue employers in court for alleged violations. Employees may seek a variety of damages, including “the full amount of gross loss of wages or compensation, with costs and such reasonable attorney’s fees as may be allowed by the court.”

Public Act No. 22-24 will likely be subject to legal challenge, including on the grounds that it is preempted by the NLRA. If enacted, the legislation will have an immediate impact on union organizing efforts in Connecticut. Among other things, employers in Connecticut will likely be called upon to weigh the risks of engaging in mandatory meetings and consider how to limit exposure to a potential lawsuit alleging a violation of Section 31-51q.

Employers may want to be aware of the newly expanded free speech rights provided to employees. For example, many employers maintain social media policies, or other workplace rules regulating employee conduct, that address permissible speech. Employers may want to review these policies and rules to analyze whether they could be interpreted as threatening to employees engaging in constitutionally protected speech or otherwise expose a business to liability under Section 31-51q.

Finally, employers may want to be aware that the restriction against requiring employees to attend meetings where the primary purpose is to discuss political or religious matters could include “state of the business” speeches, where attendance is required and current events are discussed.

Ought to You Fear About Knowledge From Your Interval-Monitoring App Being Used In opposition to You?