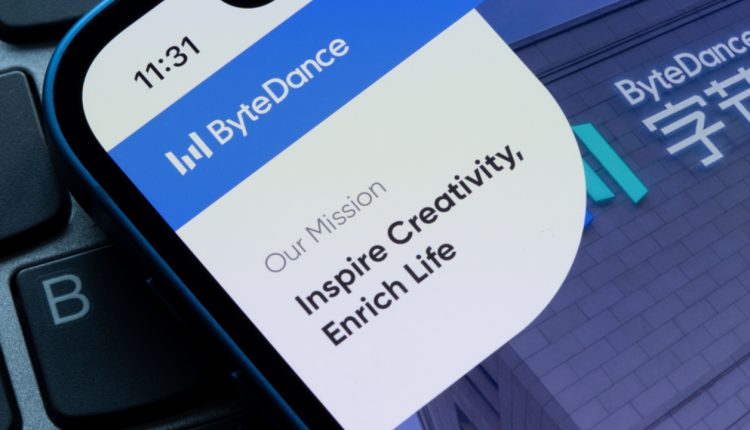 China’s internet crackdown continues. On April 8, the country’s top cyberspace regulator, the Cyberspace Administration of China (CAC) kicked off a formal campaign “Qinglang Comprehensive Algorithm Management Regulation in 2022” to investigate and rectify algorithm security issues of tech companies with the aim of safeguarding netizens’ rights . The campaign will be conducted through December 2022.

The agency said in the latest statement it will make on-site inspections of large-scale websites, platforms, and products with strong influence on public opinion and social mobilization. It will prohibit algorithmic recommendation service providers from generating and disseminating fake news and urge algorithms to adhere to “mainstream values” and “spread positive energy” in order to create clean and upright cyberspace.

Apparently, this time the target are internet giants, such as ByteDance and Tencent, whose business model has long relied on artificial intelligence-powered algorithms to help businesses promote ads and content. In January of this yearthe government announced the requirement of algorithm service providers to inform internet users how they are targeted and to provide them the option to turn off recommendation services.

Clearly, brands will need to find new ways to target consumers. Yet, this is not a zero-sum game. Algorithms have long manipulated the information we receive and netizens have been increasingly skeptical about the promoted content they receive. Perhaps a cleaner cyberspace may regain users’ trust and help brands establish a genuine connection with consumers.

Once the investigation in China is over and a new set of rules are formulated and implemented, will any of these new practices migrate to the west?

What happened: On January 5, China announced a sweeping update to its internet protocol. The update, to be implemented on March 1, 2022, will require algorithm service providers to offer internet users increased control over how companies target them, or the option to turn off recommendation services — thereby limiting companies dependency on the moderation of content. The State Internet Information Office, the Ministry of Industry & Information Technology, the Ministry of Public Security, and the State Administration for Market Regulation all jointly issued the Internet Information Service Algorithm Recommendation Management Regulations reform.

The Jin Take: This new regulation aims to give netizens power over what online preferences they see on-line. This will affect companies that have pegged their business model, and gained popularity, through the operation of and overreliance on predicting preferences. Up until now, companies and merchants have been able to use seemingly all-knowing algorithms to target specific demographics or individuals in order to sell products or influence opinion. Algorithms could anticipate your spending power, ensuring that merchants could adjust their selection accordingly. Businesses such as Douyin (with 600 million monthly active users) and even Taobao (with over 800 million monthly active users) rely heavily on services predicting consumer preferences in order to operate.

This form of big business surveillance has overshadowed digital footprints for far too long now, but all local online merchants, e-commerce companies, short video apps, and social media platforms will be impacted by the news. Plus, under the new rules, algorithms will no longer be allowed to influence online public opinion, evade supervision and management, or contribute to a monopoly and unfair competition. Certainly not good news for businesses whose revenue may be harmed in the short-term. But if companies now must renegotiate their relationship with their customer to something more creative, more personal, more authentic — is that really such a bad thing?

The Jing Take reports on a piece of the leading news and presents our editorial team’s analysis of the key implications for the luxury industry. In the recurring column, we analyze everything from product drops and mergers to heated debate sprouting on Chinese social media.

Why is China’s tech crackdown widening on Tencent?

Elon Musk received’t be a part of Twitter’s board. Right here’s why.