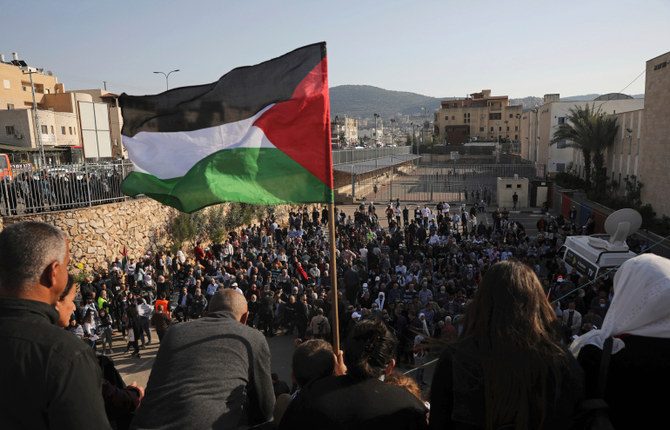 More than a decade ago, a small neighborhood in East Jerusalem became the focus of a new kind of non-violent Palestinian resistance to the Israeli occupation. Sheikh Jarrah, as it is known, is a nondescript area, but it has been at the center of Israeli efforts to “Judaize” the city by evicting Palestinian families and replacing them with Jewish settlers. As the evictions increased, the Palestinians used social media platforms such as Facebook and Twitter to convey the daily reality of Israeli actions to the world.
Sheikh Jarrah is back in the news now, but Palestinians have encountered new barriers to sharing their story – this time from the same social media companies that claim to provide free and open discussion spaces. The suppression of the Palestinian narrative is the clearest evidence that social media companies cannot or do not want to live up to their own models as open platforms for unbiased conversation.
The fragile relationship between social media companies and censorship has been scrutinized for years, but the Palestinian question hits the crux of the matter. The flare-up of violence between Israel and Hamas last month has put the conflict back at the top of the international news agenda. In the absence of concrete (or coherent) political leadership, a new generation of Palestinians used their considerable skills to turn their social media accounts into powerful tools for organizing and spreading their stories. Their success in overcoming the obstacles preventing the international community from fully understanding the overwhelming reality of the Israeli occupation was evident in the way this latest wave of violence was accompanied by unprecedented censorship.
From Twitter banning Palestinian journalists without explanation, to blocking Palestinian content on platforms like Facebook and Instagram (owned by Facebook), Palestinians have been censored like never before in the past two months.
But awareness of social movements like Black Lives Matter is also higher than ever, which makes it much more difficult to suppress information. Since May there have been several internal rebellions at large social media companies over Palestinian content.
It began with hundreds of Google and Apple employees calling on their respective CEOs to condemn violence against Palestinians and “reject any definition of anti-Semitism that criticizes Israel or Zionism as anti-Semitism.” Hundreds of Facebook employees followed suit with an internal letter asking the company to stop censoring Palestinian voices (particularly on Facebook-owned Instagram). “As highlighted by staff, the press and members of Congress and reflected in our declining app store rating, our users and the community as a whole believe that we do not make our promise to protect open expression on the situation in Palestine meet, ”she wrote. “We believe Facebook can and should do more to understand our users and work to restore their trust.”
The petition also called for an external review of Facebook’s enforcement efforts on Palestinian and Arab content and highlighted a post by then Israeli Prime Minister Benjamin Netanyahu in which the petitioners alleged “wrongly calling Palestinian civilians terrorists” but were allowed to attend the Side remain platform.
The petition generated enough pressure to force Instagram to change its algorithm. Some media watchers found that Facebook’s algorithms labeled words like “martyr” and “resistance” – often used by Palestinians in reference to their struggle – as “incitement to violence”. Even content related to the Al-Aqsa Mosque was removed after the algorithm identified Islam’s third holiest site as a terrorist organization. The company later hired several positions, claiming they had been mistakenly removed.
At a time when trust in social media companies is low and all sides of the political spectrum are critical of how these companies handle user content, the fact that major platforms like Instagram have had to publicly confirm the bias in their own algorithm is from great importance of trust. It reinforces the argument that these increasingly important services either cannot meet their stated goals of providing their users with a free and open space or they simply do not want to.
For its part, Israel has a long track record of pressuring social media companies to take over its positions. In May, for example, The Intercept website received a secret Facebook memo containing rules for moderating the term “Zionist” that essentially made it possible to suppress criticism of Israel. No longer content with pressuring traditional media outlets like the New York Times, Israel’s PR machinery has shifted its focus to social media companies – with great success.

The fact that Instagram was forced to admit its mistake and change course shows that this is a problem that is not going away.

How can the Palestinians respond to this wave of open censorship? They have reacted like this many times, right at the beginning of the conflict. They will continue to tell their stories by whatever means available to them. Objections from social media workers show that people are more aware than ever about the mechanism of censorship in the workplace. They understand how the suppression of Palestinian content reveals a fatal flaw: that social media companies cannot regulate themselves.
The fact that Instagram was forced to admit its mistake and change course shows that this is a problem that is not going away. Now that the conflict is off the headlines, it is important that the debate about social media and the regulation of information does not take a back seat. Because despite all its weaknesses, social media remains one of the strongest arenas for discussion we have.

Disclaimer: The views expressed by the authors in this section are their own and do not necessarily reflect the views of Arab News