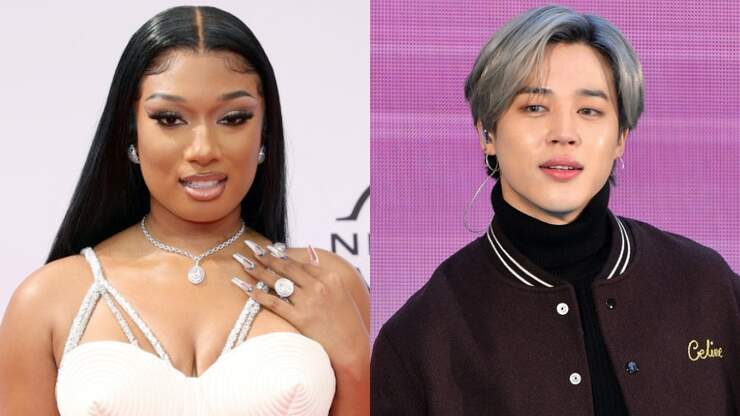 Megan Thee stallion showed off her buttery TikTok skills and posted a video of her newest collaborators, K-pop superstars, BTS.

The Houston Hottie put a verse over the remix of the group’s hit song, “Butter,” which was released earlier this week. To promote the latest version of the song, the guys posted a fashionable snippet on the platform showing each of them exiting an elevator and “stepping sideways, right” to the beat of the song.

“I wanted to do a tiktok like the boys,” wrote the rapper online and tagged the group’s video. She made her own fashion changes and shared an insight into her chilling out at home with her boyfriend and rapper Pardison Fontaine. One of her pups even made the final cut of the video.

BTS’s Jimin showed Megan love and her reenactment of the group’s video.

“Thank you for giving us a good voice,” the singer replied with a smile. His response received over a million likes from fans who really enjoyed the little interaction between the musical staff.

Fans have also posted their own versions of the #ButterChallenge online since the song was originally released. usher even got into the fun this summer.

This elegant toilet improve is barely $15