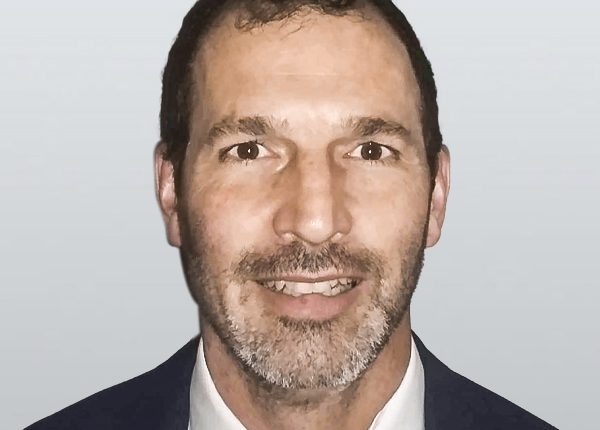 SURREY, BC—With the fall sitting of the Legislative Assembly in British Columbia ending Nov. 24, the ruling NDP government is trying to pass legislation that would recreate how the oversight bodies in the province regulate health care and alternative medicine.

But the opposition BC United party (formerly the BC Liberals) is trying to stall a vote so that the bill can receive more scrutiny and public attention during a future legislative session in the new year.

“We are still going through this bill line by line. MLA Shirley Bond is committed to thoroughly analyzing the bill with as much time that is left in this final week after the NDP canceled the previous week of session,” BC United’s caucus press secretary and communications manager Andrew Reeve told The Epoch Times in an email.

“Our government is making the most significant changes to oversight of regulated health professions in British Columbia’s history,” Dix said in a press release.

“These changes will streamline the process to regulate new health professions, provide stronger oversight, provide more consistent discipline across the professions, act in the public interest and protect patient care in the province, while also laying the groundwork to further reduce the total number of regulatory colleges.”

The health ministry has already reduced the number of colleges without Bill 36. It combined three different nursing bodies and the College of Midwives into one college, merged the province’s four oral health colleges into one, and amalgamated the College of Podiatrists with the College of Physicians and surgeons. Now at 15 colleges, Dix said his ministry plans to reduce that number to six.

The bill also seeks to have the BC government take over the governance of all health-care licensing and regulation, removing the self-governance of regulatory colleges.

The sweeping changes contained in Bill 36 have generated concern. Among them are severe penalties for health providers who give what the government deems “false and misleading information” to patients, undefined “good character” standards in order to maintain a license to practice, and mandatory vaccinations against transmissible diseases—already a controversial issue after some 2,500 health-care workers in the province were fired for refusing to take a COVID-19 vaccine.

Penalties for individuals who commit an offense under the legislation include fines ranging between $25,000 and $200,000 and jail for up to 6 months.

The bill also stated that boards of regulatory colleges must make bylaws on practice standards concerning a number of issues including “informed consent” and “maintaining patient confidentiality.”

Rob Johnson is a dentist in Salmon Arm, BC, who came to be known for speaking out publicly about COVID-19 restrictions during the fall of 2021. In an interview with The Epoch Times, Johnson expressed his concerns with several provisions in Bill 36, particularly how the government defines its role in appointing members to the colleges.

“Even under that theoretical framework, we’re not run by the government. But this whole top-down model of bureaucracy of people making decisions about things they don’t have a clue about—they’re so far removed from the people that are doing the actual jobs. So we should actually be moving in the opposite direction, decentralizing everything, and creating a networking model instead.”

David Leis, the Frontier Center for Public Policy’s vice-president of engagement and development, is of the same view.

“Bill 36 is a full-frontal assault on the professional integrity and freedom of the health-care professions. This is entirely inappropriate. It undermines the primary accountability of these professions, to science, and to the needs of the patient,” Leis told The Epoch Times.

“I think this should be of grave concern to those professional bodies, and they need to wake up and assert their autonomy before it’s too late. That’s for the sake of patient health care. That’s who they serve, not the state.”

The Epoch Times reached out to the BC Ministry of Health and several of the regulatory colleges in the province seeking comment, but none provided comments by press time.

The BC Association of Clinical Counselors (BCACC) has publicly supported the legislation, saying it will “streamline the process for regulating new professions, including clinical counsellors.”

“Bill 36: Health Professions and Occupations Act puts an enhanced focus on public protection, a priority area that BCACC has taken strategic steps to prepare for,” BCACC said in a press release on Oct. 21

Former Newfoundland premier and BC resident Brian Peckford is also raising the alarm about the proposed legislation. He conveyed his concerns in a blog post on Nov. 21—and noted that he’s not the only one.

“Social media is exploding with comments about Bill C-36 tabled by the BC Health Minister,” he wrote. “People are very concerned.”

While Peckford touched on several areas that worried him, he saved his harshest criticism for the undefined legislation and the potential consequences for people if they choose to challenge the government’s position.

“Bill 36 will give the BC Minister of Health the ability to appoint College Boards who are then required to pass bylaws mandating vaccines for any illness the government chooses as a condition of licence, and creating an environment of censorship where if you challenge the government’s position on anything you will face discipline and potentially lose your license,” he wrote.

“It also allows the College to determine who has good character and who doesn’t and to define informed consent. This is legislation you would typically see in a communist or a police state, not in a democracy.”

Peckford suggested that the parts of the bill without definition are the most troublesome and should be included in the legislation before it gets passed into law.

“This practice of leaving the details to future regulations yet to be disclosed, and allowing the government to pass the main piece of legislation without it, has to stop. It allows the government the ability to keep secret and free from any oversight or debate, the most important aspects of the legislation.”

Jeff Sandes is a freelance contributor to The Epoch Times based in the Vancouver area.

‘An Arm and a Leg’: When Insurance coverage Gained’t Pay, Abortion Help Funds Step In