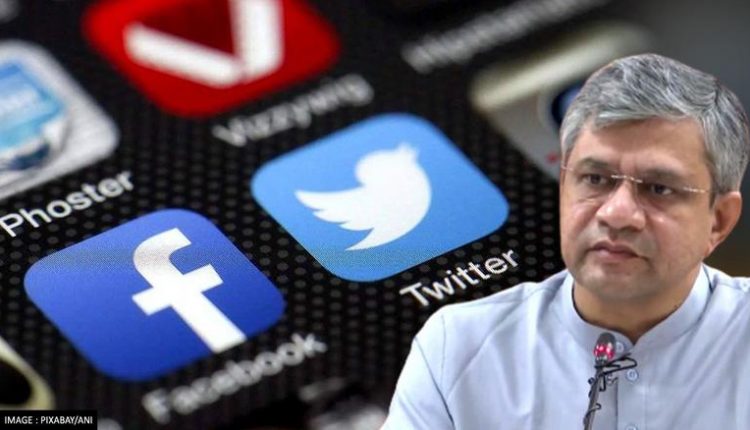 Union IT Minister Ashwini Vaishnaw, on July 7, reiterated that a company from any sector functioning in India must responsibly abide by the laws set forth by the country’s parliament. During a media interview, the Minister also reflected on the accountability of social media and revealed that work is underway to make the public platforms accountable. Notably, this comes just a day after Twitter complied with the IT Ministry’s notice, which ordered the micro-blogging site to remove selected tweets and accounts from its platform before July 4.

While addressing the media over freedom of social media in India, Vaishnaw said that accountability starts with self-regulation, which is followed by industry regulation and finally comes government regulation. “Social media is a very powerful medium and it has a huge impact on our lives. But how do you make it accountable? This has become a very relevant question everywhere in this world”, the Union Minister said.

#WATCH | An ecosystem, thought process that social media should be held accountable, is spreading in our country as well as globally…Rapid work underground on how to make it accountable: Union IT Minister Ashwini Vaishnaw to ANI pic.twitter.com/vQ2VjleVzK

“First of all, there should be self-regulation, whereby the platforms should automatically remove any content that (negatively) impacts society. Then there should be industry regulation and government regulation. An ecosystem, a thought process that social media should be held accountable , is spreading in our country as well as globally”, Vaishnaw added. He also reflected on the progress made regarding the revenue-generating aspect of social media and asserted that the government is working to make everyone participate in this progress and make social media responsible.

#WATCH | “Be it any company, in any sector, they should abide by the laws of India. This is the responsibility of everyone to abide by the laws passed by the Parliament,” says Information Technology Minister Ashwini Vaishnaw. pic.twitter.com/QPNhTpErY8

The regulation of major social media platforms such as Facebook and Twitter in India has been a matter of controversy since last year, especially before Ravi Shankar Prasad was replaced by Vaishnaw. According to PTI, Twitter took down several posts related to Khalistan and accounts eulogising terrorists in Kashmir, however, it has now moved the Karnataka HC against the Central government orders on content control.

The blocking of accounts was carried out following the Centre’s orders in May this year and the platform was asked to take action on 60 more accounts in June. Besides, over 80 accounts and tweets were blocked in 2021 after the government’s order, as per a list submitted by Twitter.

How Pfizer Received the Pandemic, Reaping Outsize Revenue and Affect