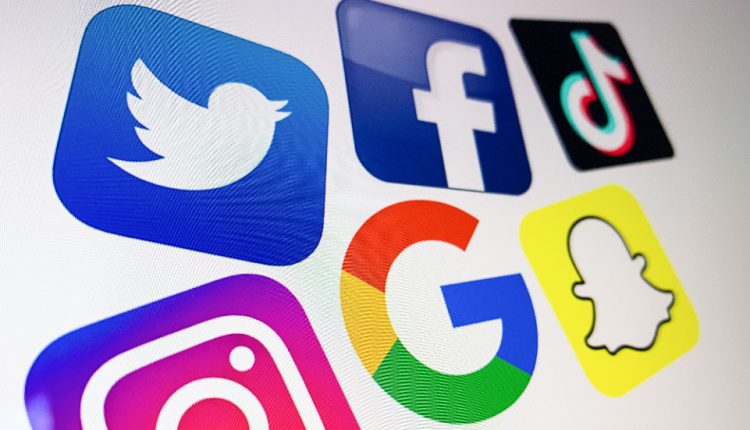 You’ve probably never heard of Six Degrees. The name sounds a bit like a forgettable boy band from the late-1990s. That is not far from the truth. In 1997, before platforms such as Facebook, Instagram and Snapchat dominated the information universe, Six Degrees became the first social media site. Its anniversary was in January. We forgot it.

While Six Degrees persists, like the Backstreet Boys, off our radars but still online, we can’t forget the massive impact the service heralded as social media grew to consume our lives and our very realities.

Along with cat videos, social media ushered in an era of falsity, extremism and othering that, at times, has come to threaten democracies around the world. The Jan. 6, 2021, Capitol breach, for example, likely was planned and performed for social-media audiences. It was done in real life, but documented for virtual audiences. We’re a long way from Six Degrees — maybe 180, at this point, from where we should be.

European Union lawmakers are not waiting around to see what happens next. They are putting the final touches on the Digital Markets Act, which will limit how tech giants use and share people’s data across different services. In 2018, the EU’s General Data Protection Regulation (GDPR) went into effect, which governs how tech firms collect and use people’s information.

Next up for EU lawmakers: legislation that would require social media firms to more proactively police their platforms. On the 25th anniversary of social media, the EU is laying down the law.

What about here? Americans have benefitted from the GDPR, as tech firms at times have found it easier to apply EU rules to everyone who uses their services worldwide, rather than to create different products and follow different rules in each region.

I was on the Arkansas State Parks website, for example, and saw a GDPR warning about privacy on the bottom of the page. It’s possible the EU’s Digital Markets Act and Digital Services Act will have a similar impact. They may influence how social media firms police their content.

What about US lawmakers? Don’t we have some of those? What are they doing to protect our privacy and safeguard democracy from hate, violence and extremism 25 years into the social-media era? Evidently not a whole lot.

We can fault many of them for doing more to turn social media into disinformation and misinformation machines by fueling conspiracy theories and extremism and themselves performing to get attention by taking outlandish and, sometimes, unconstitutional actions.

While undermining the Constitution and sharing false and misleading information is not healthy behavior for democracy, there is little lawmakers can do to regulate social media firms, however irresponsible the firms may be regarding policing their spaces or collecting our information.

That’s because another 25th anniversary — one we haven’t missed — is coming. In March 1997, the Supreme Court heard a challenge to Congress’s first major effort to control what is happening on the internet. Congress had passed the Communications Decency Act the year before, which sought to limit the spread of indecent content online, especially regarding its availability to children. The Supreme Court struck down crucial portions of the law, announcing its unanimous decision in June 1997. In doing so, the court ruled the internet received the highest level of First Amendment protection.

In other words, just as many were enjoying Justin Timberlake’s performances with NSYNC, the court ruled the government generally cannot limit expression online. Congress can do little, as it found in the years that followed. The court struck down Congress’s next three efforts to limit indecency online.

Furthermore, the Communications Decency Act included a stipulation, Section 230, that established platforms are not liable for how people use their services, which has catalyzed social media’s growth by generally protecting the firms from fear they will face legal repercussions for what happens on their platforms .

State lawmakers, most notably in Texas and Florida, sought to control social media firms’ content decisions with new laws last year. Both were held by courts because they violated the First Amendment.

West’s response to Russia could augur a more nuclear world Are we witnessing the beginning of de-dollarization?

In many ways, social media have substantially damaged and distorted the flow of information and free exchange of ideas that are at the heart of why we have free expression. But 25 years into the social media era, the First Amendment generally safeguards what we say on social media and protects the firms themselves from government regulation.

That’s why, oddly, as we celebrate social media’s silver anniversary, the EU, as well as the companies themselves, are most likely to influence what happens next in the virtual world.

Jared Schroeder is an associate professor of journalism at Southern Methodist University in Dallas, where his research focuses on free expression and emerging technology. Follow him on Twitter @Clipper56.