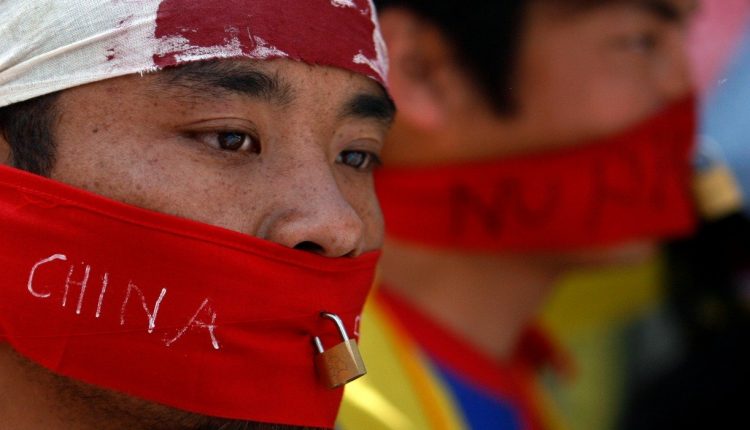 GreatFire is a China-based, anti-censorship organization that’s worked since 2011 to expose digital censorship by the Chinese government and help Chinese citizens freely access information. Today, we’re throwing our weight behind two Big Tech antitrust bills minutes away from a vote in the United States Congress because we want to make clear to policymakers, academics, lawyers, and society at large that taking action on antitrust will improve human rights for people facing government censorship around the world.

In 2019, our team began investigating Apple’s relationship with Chinese state censorship—and we found piles of evidence that Apple’s App Store gatekeeps information access in China. Our project, AppleCensorship.com, reviewed iOS App Store data, interviewed developers, and fact-checked Apple’s statements and policies. So far, our partners and contributors have identified almost 10,000 apps that are unavailable in China’s App Store, including Apple’s own News app. In fact, 200 of these unavailable apps are news apps—a critical sign of ongoing oppression of access to information.

App takedowns from Apple’s app stores are just one example of the well-documented censorship policies resulting from Apple’s relationship with Beijing (those policies also include censorship of media, design, emojis, engravings, and more). And while other tech companies like Meta and Google have considered country-specific measures that would feed Chinese state repression in similar ways, Apple has gone the farthest in terms of implementing these policies.

OAMA and AICOA would bring about a number of critical challenges to Big Tech monopoly rule. Most significantly for Chinese communities and others living under authoritarian rule, they would give people freedom to choose their tools and devices themselves, instead of being constrained by the choices made for them by Big Tech monopolies. Local activists, journalists, and lawyers would finally gain access to robust VPN apps that do not share their information with authorities. LGBTQ+ community members, ethnic minorities, and persecuted religious groups could download tools to organize their communities, like secure messaging apps. Every day people would be able to use independent media apps to access uncensored information, including information about the COVID-19 pandemic that has been suppressed by state censors.

OAMA would finally allow the international developer community to offer their apps to Chinese users who have, until now, been prevented from accessing thousands of apps considered “illegal” by China’s Cyber ​​Administration. Both OAMA and AICOA prohibit companies from applying their terms of service in discriminatory ways. Such prohibition may allow for ways to fight back against Apple’s strong inclination to abide to authoritarian governments’ requests to remove LGBTQI+ or religious apps due to “local laws” (including when said laws do not even exist).

In other words, by undercutting Big Tech’s top-down control of digital infrastructure, OAMA and AICOA would create powerful new ways to resist China’s “Great Firewall.” While we’ll continue to monitor and challenge Big Tech’s collusion with the Chinese government for the foreseeable future, Apple would no longer exercise such a disturbing chokehold on the modes and methods of our resistance.

Apple and Big Tech regularly claim to value freedom of the press, free speech, and human rights, but we think it’s telling that none of these companies have acknowledged the positive human rights impacts of OAMA and AICOA—specifically for people living in countries under authoritarian rule, mass surveillance, and government crackdowns.

Instead, they’ve tried to hijack the narrative around these bills by arguing that breaking up Big Tech “will only help China.” Painting antitrust reform as a threat to national security is a cheap, stale argument thrown around by Big Tech to obscure their own complicity in global state violence. These are bad-faith criticisms because Big Tech companies will say anything to maintain their monopolistic control over our tools and devices, at any price.

In 2021, antitrust bill sponsor Rep. David Cicilline told the press that the “evidence is just the opposite” of what Big Tech argues about the national security impacts of antitrust legislation. He argued that competition drives innovation, and innovation will only boost US national security (as well as the United States’ position within the global digital marketplace). We agree.

If anything, China’s authorities would likely consider these bills threatening to China’s own national security, given that Beijing views marginalized communities and social movements as “national security threats”—and as we’ve argued, these are the groups that would be strengthened by the increased choices and freedoms that OAMA and AICOA create.

As we’ve told Congress, Apple’s App Store censorship policies constitute a serious abuse of the company’s power and are emblematic of its monopoly status. Although AICOA and OAMA will not solve every problem with global information access, they will absolutely reduce the scale and scope of Big Tech censorship. OAMA and AICOA are worth supporting not only because they’ll even the competitive playing field in the United States, but also because they’ll have a net positive impact on human rights across the globe.

Benjamin Ismail is the Campaign and Advocacy Director at GreatFire and leader of GreatFire’s AppleCensorship project. Previously, Benjamin led the Asia-Pacific desk at Reporters Without Borders. Benjamin has a Masters degree specializing in Chinese Studies.

Ashley Gjovik is a lawyer specializing in public international law and a human rights researcher at GreatFire working on their AppleCensorship project. Previously, Ashley was a Senior Engineering Program Manager at Apple Inc for six years. Her articles have also appeared in Modern Diplomacy and Business Insider.