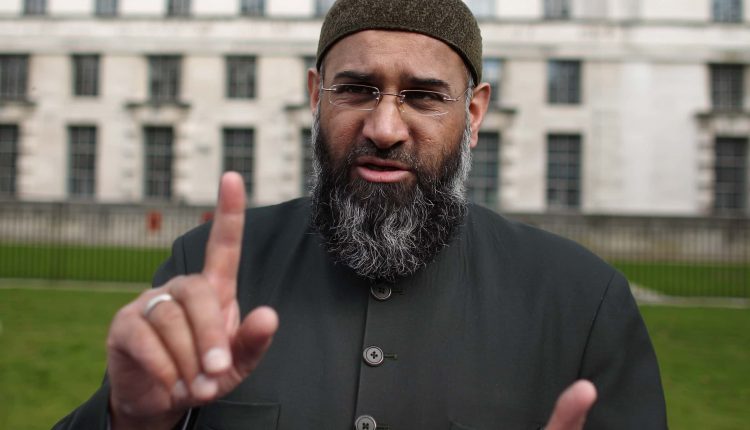 The British Islamist and political activist, convicted under the Terrorism Act 2000, brags about joining social media apps popular with children, raising fears that he plans to spread his message to a wider and younger audience.

Anjem Choudary, 54, who was jailed in 2016 for inciting ISIS, has claimed he signed up for accounts on TikTok, Snapchat and Pinterest, which have a wide young audience. Other social media accounts created by Choudary, who was released under license in 2018 but had strict rules limiting his proselytizing ability, were recently closed, but he has since managed to rejoin Facebook and Telegram .

After Shamima Begum, two other ISIS brides have had their British citizenship revoked

Who is Anjem Choudary?

Choudary, a British Islamist and social and political activist, was convicted under the Terrorism Act 2000 for supporting a banned organization, the Islamic State in Iraq and the Levant. As a result, he was sanctioned by both the US State Department and the UN Security Council to freeze his assets. Together with Omar Bakri Muhammad, Choudary helped found an Islamist organization, al-Muhajiroun. The group organized many anti-Western demonstrations, including a banned protest march in London for which Choudary had to appear in court. The British government has banned Al-Muhajiroun and Choudary was present at the inauguration of his intended successor, Ahlus Sunnah wal Jamaah. He later helped form Al Ghurabaa, which was also banned. He later became a spokesman for Islam4UK until it was banned. He has been condemned by mainstream Muslim groups and heavily criticized in the UK media.

Anjem Choudary speaks at a protest across Downing Street against UK, US and France military actions against Libya on March 21, 2011 in London, England. The Pentagon says the United States and United Kingdom armed forces have fired more than 110 missiles. (Photo by Oli Scarff / Getty Images)

Speaking to The Mail on Sunday August 29th, he boasted, “I’ve got them all up my sleeve. I’m signed up to everyone … I’m a part of everything. “” There’s an endless list of things to sign up for. TikTok is for uploading small clips and lectures and hosting conferences and the like. Of course I will Make Islamic. There’s a lot of rubbish on some of these platforms. ” because of the youth. Sing and dance, prance around. And I don’t like that. “

He also called for his mentor, Omar Bakri Muhammad, to be released from prison in Lebanon. Choudary created a new Facebook account two weeks after closing his first Facebook account. The page titled “A Call to Islam” is referred to as a “personal blog”. The father of four was banned from using the internet after he was released from prison, but his license terms expired in late July 2021, allowing him to preach online again. Sam Armstrong, director of the Henry Jackson Society think tank, said, “It is appalling that Choudary is now using apps like TikTok to target teenagers. It shows that he has access to vulnerable young people and makes them extremists in this way are allowed to use social media. “