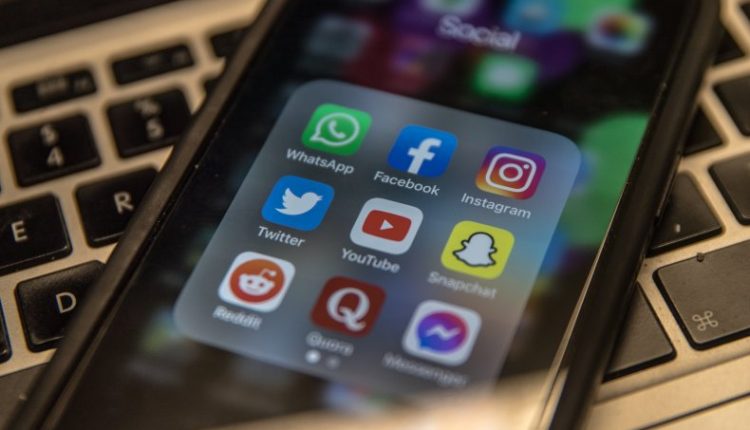 Amici for Freedom and the Destiny of Free Speech

What will be the fate of free speech in the United States? The answer is coming soon from the US Court of Appeals for the Fifth Circuit in Netchoice v. Paxton.

Last year, Texas protected free speech from Big Tech censorship by passing a statute finding that the largest social media platforms are “common carriers” and barring them from discriminating against speech on grounds of viewpoint. Common carriers are publicly accessible conduits for the goods or communications of others. Traditionally, because they are open to the public, serve a public function, enjoy legal privileges or have market dominance, they can be regulated to bar them from discriminating.

That’s astonishing. It would be one thing for the court to examine the question and hold that a state lacks the power to determine common carrier status. Although such a holding would be bizarrely incorrect, it would at least be a reasoned decision. It is quite another thing, however, brazenly to declare that the legislature’s determination has no relevance at all.

The common carrier question is crucial because it is the foundation for understanding the free speech problem. Communications companies that serve as carriers or conduits have long had a duty to carry the speech of others without discriminating. That duty does not abridge the companies’ own speech rights—it merely regulates them in their role as carriers or conduits for the speech of others.

The Texas anti-discrimination law is thus entirely compatible with the First Amendment. It recognizes that social media companies are common carriers or conduits and bars them from discriminating against speech on their platforms. The platforms have a speech interest in their own speech, but not in stifling the speech of others.

Even if, contrary to prior doctrine, the platforms did have a speech interest in silencing others, states such as Texas have a compelling interest in protecting the free flow of thought in communications conduits. This sort of regulation has been widely recognized as lawful for centuries.

So it is no surprise that Texas is appealing the injunction, taking the question up the ladder to judges who will give it more serious attention.

In this photo illustration the logo of US online social media and social networking service Facebook (C), the US instant messaging software Whatsapp’s logo (L) and the US social network Instagram’s logo (C) are displayed on a smartphone screen on October 05, 2021 in Glastonbury, England. Last night social media services including Facebook, Instagram and WhatsApp were hit by a massive outage impacting potentially tens of millions of users.

At this stage, what’s most interesting is who is and who is not among the amici—friends of the court—who have come to the aid of free speech by filing briefs in defense of the statute’s constitutionality.

In a rare literary contribution to legal debate, David Mamet offers a powerful vision of the mental displacement caused by censorship. Donald Landry—a distinguished scientist and doctor—recalls the fate of Galileo to express the danger of suppressing scientific dissent. Students at Columbia draw upon John Stuart Mill to remind us of the value of protecting even erroneous speech. In defense of comedy, the Babylon Bee makes a contribution!

These and other amicus briefs can be found at the Galileo Society’s website.

The other side will soon have its own amici briefs. But there inevitably will be a stark contrast between the amici for freedom and the resources on the other side.

Big Tech money flows through large law firms, think tanks and academia. This is not to say that these institutions have sold their souls, but the sheer magnitude of Big Tech’s wealth means there is no end of talent ready to argue for censorship. Big tech money is so far reaching it is difficult to find major law firms that could litigate for free speech without a conflict of interest. Of course, even if they could, few are likely to provide pro bono support for such an unpopular opinion.

Yes, unpopular. Speech is not a fashionable cause in the hallways of most big firms. And at universities, even tenured faculty have reason to avoid writing an amicus brief against censorship. It is not that they think repercussions are likely, but caution seems advisable.

So there are only 11 amici briefs on behalf of open debate on the Galileo Society website—none from law firms, and helped from individuals, a small group of students and censored comedians. Unfunded or at best underfunded, some of them worried how they could scrounge up filing fees and find local counsel willing to file for them pro bono.

But legal and moral reasoning does not depend on the number or size of amici. There is, or at least should be, no strength in mobbing a court or representing groupthink. Rather, what should prevail are accurate arguments that uphold rather than twist the law, and that appeal to the mind rather than the passions.

We depend on dissent to hold ourselves accountable. The freedom to tell the truth—even more fundamentally, the freedom to speak even if it turns out to be in error—is the foundation of modern society. It is the crucible of our science, literature and politics. It is part of the give and take of life itself. So it is worth fighting for.

This is why the amici for freedom are taking a stand with Galileo. Especially when censors flourish in China and Russia, it once again is essential to resist any tyranny of the mind.

The views expressed in this article are the writer’s own.

Cash Flows Into Dependancy Tech, However Will It Curb Hovering Opioid Overdose Deaths?